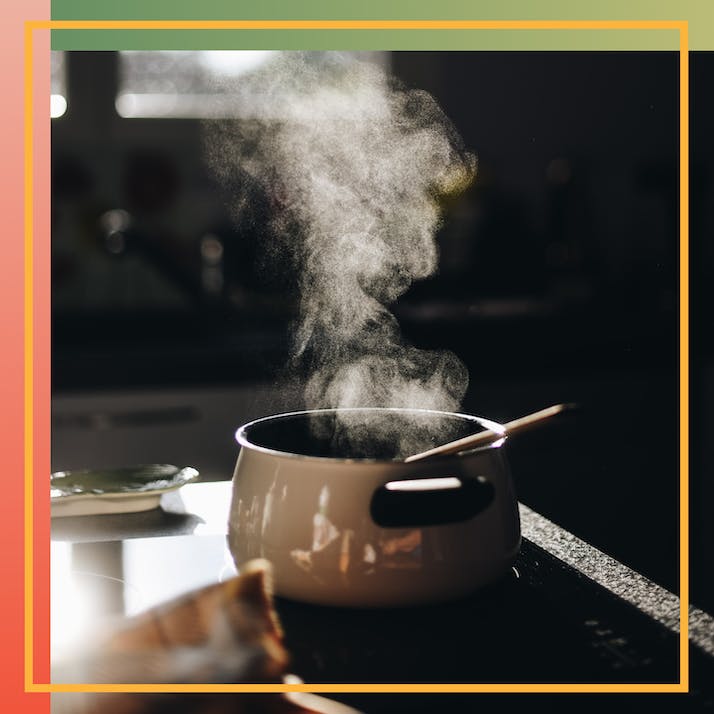 One Grain at a Time: Learning the History of Southern Food

As Southerners, we have an opportunity to be honest about the origins of our food.

There’s something so soothing to me about the process of rinsing uncooked rice. The grains make that pleasant tingly sound when you measure them into a metal bowl. The water clouds slowly as the starch leeches off the surface of the grains. When I run my hands through the mixture, making sure each grain has been adequately washed, I get the same calming sensation you might feel when you’re letting wet sand fall through your fingers at the beach.

Though I may seem passionate about it now, I haven’t always been an enthusiast for the sensory delights of one of the world’s most important crops. Growing up in the American South, I often heard people say that “rice was invented to hold up beans.” To me, it was always a boring blank canvas to be painted over with your flavor of choice. Though I hate to admit it, there was a time when I didn’t even know you were supposed to rinse rice before cooking it. As it turns out, that was just the first in a long line of things I didn’t know about the food I was eating.

“”
Enslaved people turned rations that weren’t suitable for human consumption into one of the most celebrated Southern foods of all time.

I Discovered Where Grits Really Came From

When you’re from the South, people tend to have expectations about the contents of your diet. It’s all grits, corn bread, collard greens and, the perennial Southern staple, fried chicken. This isn’t always so far from the truth for those of us lucky enough to have lived in a place with such a rich food culture. The South is home to many iconic American dishes that keep the tourists coming and the restaurant economy booming. It’s easy enough to see why people can’t get enough shrimp and grits or red beans and rice. But where did all of these famous foods come from?

It wasn’t until I moved away from home, and my mom’s cooking, that I really started thinking about the foods I had grown up eating and loving. Being removed from the source of the best home cooking forced me into a mode of discovery. If I wanted something, and wanted it to taste good, I had to cook it myself. It seemed like a daunting task but one I was ready to tackle.

The first recipe I set out to master was a humble pot of grits. Being the extremely thorough researcher that I am, I combed through dozens of internet recipes looking for one that seemed to fit. There are many strong and differing opinions on how to consume the creamy concoction of ground corn, but I stayed loyal to the tried-and-true savory approach. It was during this process that my understanding of Southern food started to take shape.

I had always assumed that grits, which are little more than ground bits of corn, originated with the native people who inhabited the current day United States long before they were the United States. While partially true, that was only a small part of the story of how grits ended up in a pot on my electric stove. Their beginnings as an American food staple can actually be traced to enslaved people from West Africa.

Corn was often a part of the meager rations given to enslaved people who were forced to labor in the fields of Southern plantations. Despite the brutality they faced on a daily basis and the sparse resources they were given to work with, enslaved people created a dish that transcended their horrific circumstances. As I would find out, grits then took a common route from being enslaved fare to plantation home staple. Through an incredible amount of knowledge, ingenuity and creativity, enslaved people turned rations that weren’t suitable for human consumption into one of the most celebrated Southern foods of all time.

Most Southern Staples Were Started by Enslaved People

It was nothing short of an epiphany for me to think about the history of the dish I’d eaten so often as a child. When I took my first stab at cooking them on my own, each tiny grain seemed heavier and more precious to me. Learning the history of grits pushed me to dig deeper, to find the source of each familiar dish I set out to cook.

As I went on my Southern-themed culinary journey, I noticed an unmistakable thread that connected each dish. When I wanted to add shrimp to my grits, I found a similar story. Shrimp haven’t always been the pricey items sold at an ever-rising market value on menus at the fanciest restaurants in Charleston. At one time, they were easy pickings for enslaved people who could sneak out to the creeks in the Lowcountry of South Carolina to supplement their inadequate rations.

Even after the Civil War and the ratification of the 13th Amendment, shrimp remained a key food source for freed people who were forced into the undesirable outskirts of the coastal plains. They held the knowledge to use the food at which white people would turn up their noses. Their expertise was passed down from generation to generation, going all the way back to the shores of Africa. Shrimp and grits, one of the South’s most celebrated dishes, was the brainchild of enslaved people who made something out of nothing. I grew up eating it, and I never had a clue.

After learning this, my curiosity was insatiable. I learned that fried chicken gained its popularity predominantly from the hard work of Black women who were seeking a way to make money after gaining their freedom. They perfected the art of breading and frying chicken in hot oil to give us the dish celebrated around the world today. I learned that people who were kidnapped from Western Africa and sold into slavery kept seeds for okra, beans and rice braided into their hair, and the presence of these crops denoted a population of enslaved people who grew them for sustenance.

We Need to Know the Conditions Under Which Food Is Made

All of this information was just out there waiting for me to find it. It didn’t become any more important or critical for me having learned it. So many brilliant chefs and food historians, like Michael Twitty and Mashama Bailey, had been sharing their hard-found knowledge with anyone willing to listen. Unfortunately, not many people seemed interested in hearing it.

Today, if you take a trip to Charleston or Savannah, you’ll find a restaurant serving these dishes around every corner. The products of generations of labor and strife that were endured by enslaved people are being sold by predominately white chefs at a premium. These foods are the economic foundation of much of the South, but the context of their origin has been wiped out. As a white Southerner, it irritates me to see the history of these foods erased in the name of financial gain. I can only imagine how it pains the folks who carry the DNA of those who invented Southern cuisine under the cruel hand of slaveholders.

We have a tremendous opportunity as Southerners to be honest about the origins of the food we hold so dear—not as a way to keep people from cooking or eating it but as a way to educate and showcase the true cultural richness of Southern food. People stand only to gain from understanding the painful and brutal history of the food they eat. The persistence of these dishes mirrors the persistence and perseverance of enslaved people, who wouldn’t allow their traditions or their spirits to be crushed by the weight of those who made them their property.

This food should be a story of triumph for Black people who carry these traditions with them today, but sadly, it continues to be a story of exploitation. If we continue to depend on these foods to hold Southern states together, we must also, at the very least, give credit where it is long overdue. Kids in the South shouldn’t grow up eating stewed okra every Sunday for lunch completely ignorant of where it originated. Tourists shouldn’t leave the beaches of South Carolina or Georgia without knowing the conditions under which their favorite meals were developed.

“”
This food should be a story of triumph for Black people who carry these traditions with them today, but sadly, it continues to be a story of exploitation.

Making Rice Is a Meditative Practice for Me Now

It seems like an insurmountable task with how far gone the Southern culinary industry is, but like most cultural movements, it can start with individuals. Eat at restaurants that showcase the work of Black chefs; read the literature on the history of Southern food and its inextricable links to slavery; tell people about the way enslaved people built a cuisine from the things that white people threw away. Maybe then we can slowly start to showcase the brilliance behind the dishes people will travel across the world to eat.

My most recent Southern food fascination is rice. With delicious Gullah dishes like Hoppin’ John or Limpin’ Susan, I can’t get enough of the stuff. In colonial times, Carolina Gold rice was the crop that made slaveholders in South Carolina—and Charleston, in particular—extremely wealthy. Rice cultivation, like the cultivation of so many other crops, was only tenable through the back-breaking work of enslaved people. It had to be grown in the coastal plains where water flowed in and out throughout the day, flooding the fields and allowing the rice to grow. After it grew, it was only the enslaved people of West Africa who knew the incredibly labor-intensive process of harvesting it, and they did it under abhorrent circumstances.

Now, when I’m washing my rice, when I take care to rinse and re-rinse each pot, it’s a meditation of sorts. It’s a time to remember the human cost associated with the things that I serve at my dinner table. When I run my fingers through the grains and shake them dry, I think about the path they’ve taken to get to me. I feel grateful and most of all, hopeful that other people will know that path, too.