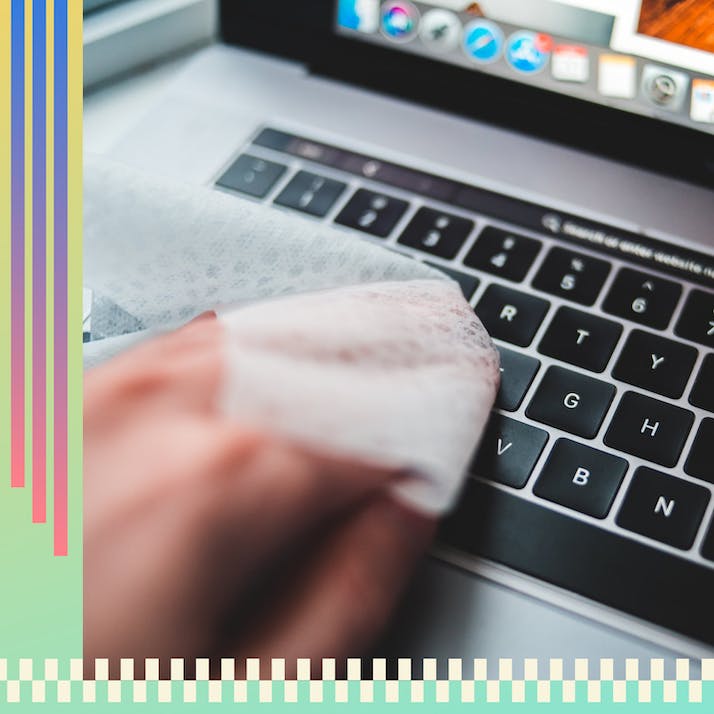 We Kept Our Sex Club Going Through Quarantine

We run a private members club in New York City offering sex-and-cannabis-positive experiences, events and education. We opened it five years ago to fill the gap that we saw in the city for an elevated experience for all genders, identities and orientations looking to explore empowered pleasure. If you’re feminist, sex-positive, poly, queer, kink-friendly, and/or a cannabis consumer—or like us, all of the above—it’s very easy to feel like you’re “too much” or “too lewd” or whatever in just about every space you’re in. But at our club, there’s no judgment, it’s just community and acceptance.

Pre-pandemic, we were in expansion mode. We’d begun hosting massive parties for up to 400 members at spots around the city. We were working on a travel show with a famous TV person’s production company, in which we’d bring the philosophies developed at our club to new countries through elaborate sexual stunts. Membership was booming, with plans to open doors in other cities.

“”
Going virtual showed us the potential for our community and made the goal of building a global community of sexy fucks more attainable.

COVID Stopped Us in Our Tracks

Last March, nearly every project we had going was halted. We had to close down our clubhouse in SoHo. We lost a second unit for our expansion that we had just started renting. We were set to hit $1.5 million in revenue for 2020, and then the world stopped.

The week we went into lockdown, one of us was flying out to a music festival in the Caribbean for a birthday trip. The next day all flights were canceled. We realized this would be the last time in a long time we’d be able to party like this. When the following Monday rolled around, we knew we needed a plan. Once we deleted our events calendar and ripped apart the megabed, it was as sudden as a slap in the face: the play parties we went to just weeks ago were a thing of the past. We needed to pivot fast, not only for ourselves but also for our team, our performers and all our members.

Pure necessity inspired our virtual play parties. We had a community of people looking to us to be there for them. We launched online chats through WhatsApp to keep people connected, before eventually moving to Discord. At first, we were hesitant about the virtual parties. The thought of having to be on camera felt like torture, especially during those first few weeks of COVID when it was hard not to feel like the world was coming to an end. (One of us grew up in a doomsday cult, which didn’t really put us in a good mindset for a global catastrophe.) But we knew we had to be strong for the membership and to come up with something that could keep us together.

Video Sex Parties Gave Us a New Way to Connect

The virtual parties launched and it was definitely a bit awkward at first. The idea of getting naked on camera was new for so many of the people who joined in. But it was also exciting, and there was a feeling of relief once people started getting comfortable. I remember having sex with my partner for the first time on camera and just feeling so sexy. Members from all over the world were joining in and, within a few weeks, we had an event that people loved and came back to. But gosh, it was a nightly learning lesson. (It turns out a double-ended dildo is an effective prop for a ring light!)

For many, it was the escape they needed. It gave them something to get dressed up for and excited about. By the end of each party, various screens would be filled with solo and partnered couples coming together. We’d spotlight people who were being extra sexy and you could see how watching someone in pleasure would get others to do the same. As stressful as the time was for so many people, going virtual showed us the potential for our community and made the goal of building a global community of sexy fucks more attainable.

Quarantine Only Made Our Community Stronger

The community is now building fast. I feel we’re stronger now because so many saw us fight to stay alive during a time when many places closed down. We have a waitlist for new locations and all the international press we received has brought in a lot of people offering to fund. The goal now is to make our little club for the adventurous more accessible, a place as common as an Equinox or SoulCycle—a reminder for people to prioritize their sexual health, to connect to a community and to make an effort to be better lovers. To be someplace that will be there for them even when the world feels like it’s ending.

Everyone is eager to come to events. Folks who weren’t interested in the club before now can’t get to it fast enough. The whole experience taught us a lot. It showed us the power of our community. It showed us that even in the worst of times they will be there to support us and keep us going. It made us realize that this is so much more than just a fun time but something bigger that we need to keep building. The pandemic made our New York City club international. It opened the door for our club to exist in more places and attracted serious funding to make that opportunity real.

The main change now is that we’re less worried about our future. COVID changed many peoples’ perceptions of sex and intimacy. It made those quarantining alone more aware that they wanted partners, and helped couples realize that they might want to spice things up. It gave people time to consider the things that make them happy in their lives and made sex a higher priority. People are leaving COVID with a greater sense of desire to not be stuck in the things that made them unhappy. We’re seeing it in people not returning to low-paying jobs and we’re seeing it in people not returning to low-libido lifestyles. After the Spanish Flu, we had the Roaring Twenties. After COVID, we’re predicting the Whoring Twenties. It’s more than just a hot vax summer, it’s a hot vax lifestyle and one we’re expecting to be a major part of.