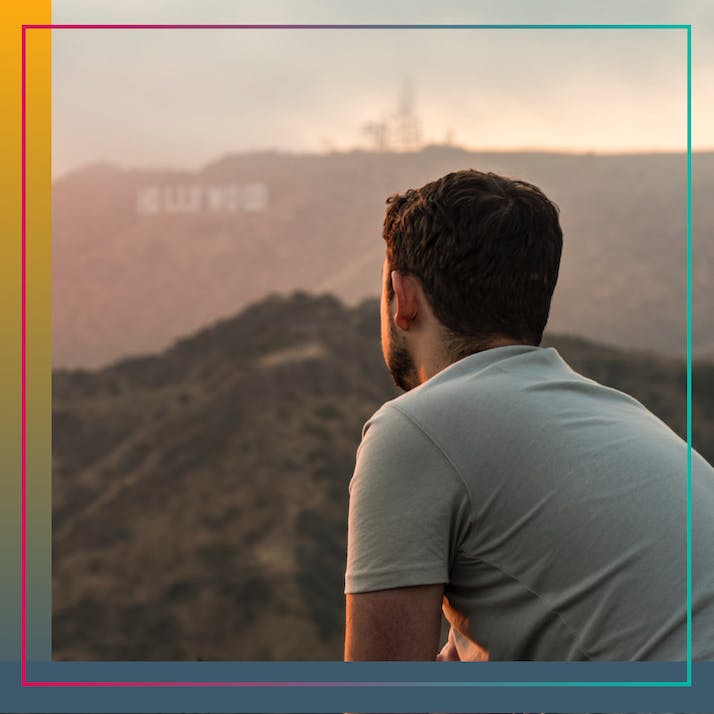 I Joined the Actors Union and Became Broke

I thought joining SAG-AFTRA would get me better opportunities in the industry. Instead, it evaporated my income.

Ever since I was a kid, being in a sitcom has always been my dream. Making people laugh is my forte, and to do it for the masses, well, what a gift that would be. It wasn't until I was in my mid-30s that I decided to move to Los Angeles and pursue my ambition for acting.

L.A. isn't a cakewalk, and it sure as hell isn't cheap to reside there. I held numerous jobs while auditioning for roles, and I very quickly learned I didn't know a lot about show business at all. What I did know was I needed to be on sets to see how everything worked, and there were two easy ways to get on them: being a production assistant or an extra.

Throughout my time working on sets, however, there’s been one common refrain: “You need to be in SAG-AFTRA.”

“Are you part of the actor’s union, SAG?”

“You'll never make it anywhere in this business if you aren't in SAG.”

A workers union, historically, is meant for people to work as one, united to make the job better. It promotes superior benefits, proper raises and safer work environments. It's for the people, by the people—and I do know a handful of folks who have benefited extremely from a union. So when I heard these questions, I thought, well hell, let's join the union!

What are the benefits?

Well, you get invited to movie screenings with the stars of the movies. You get health benefits. SAG-AFTRA sends you movies to watch that aren't out yet on DVD (who has a DVD player?).

You receive higher wages for work. There’s better food on set. You get taken seriously in auditions. And you get to take free acting classes through SAG.

As I had only been working as a non-union actor, this was all very appealing to me.

“”
James Corden was a supreme douche lord that carried a huge chocolate chip on his shoulder and always had a bag of Cheetos in his hand.

The Difference Between Union and Non-Union Members Is Stark

I was booked as a non-union background actor on Ryan Murphy's The Prom, starring Meryl Streep, Nicole Kidman and James Corden. It was three weeks before Christmas, and I had booked two weeks of filming, which was going to give me enough money to travel home to see my family for the holiday.

On the first day, I worked with Meryl and James. Meryl was so lovely! She reminded me of my crazy theater teacher, Miss Palmer, back in my freshman year of high school. But James Corden was a supreme douche lord that carried a huge chocolate chip on his shoulder and always had a bag of Cheetos in his hand.

Usually, non-union actors don't get picked to do intimate scenes, but I was chosen by production and got to act with both of them. I had been eating non-union food, so when I was shuffled into the union area, the options for union actors were blindly different: lobster, crepes, sparkling water—and plenty of it. Not chips, Twinkies and doughnuts.

I filmed my scene and left feeling euphoric having worked with such a legend as Meryl. Then, I got a text from my agency that said they had cut the rest of my days on the show because they saw me too much and couldn't have me anywhere else in scenes. If I had been a SAG member, the production wouldn't have been able to do that—or, at least, they would have had to pay me for the missed work.

I wasn't able to go home to see family that year, and that still pisses me off to this day.

So yes, how the hell do I sign up for SAG?

Oh, well, you can't just sign up. You have to land a regular speaking part on a show or movie and production will assist you in signing up. If you're a background actor, you have to work and beg for a union voucher that's almost next to impossible to get, the equivalent to a Willy Wonka golden ticket. You need three of them in order to be eligible to join.

On sets, they only have a specific number of SAG actors versus non-union actors. And only SAG members get the union vouchers since, duh, they’re in the union. If you end up getting one, it's an act of Zeus because someone got sick and you were standing in the right place at the right time. Even that day on The Prom, I was treated like a union member with The Iron Lady and James dumb-shit, and I still didn't get a union voucher for that work.

After two years in Hollywood, I finally received my first voucher on an anthology titled Into the Dark. The day I worked on a SAG voucher, I made a little above minimum wage. It wasn't until another year that I received my next two vouchers and became eligible to join. Oh yeah, one other requirement to join is $3,100 paid on the spot, through a loan with a bank or in six installments. If you choose the installments, you pay monthly, and the first payment is $1,026.79. The rest are $415.94. I chose the installment route because I didn't want to do a loan and I didn't have $3,100 lying around in an offshore account.

At that time, I had been working on Impeachment: American Crime Story consistently as a regular background actor, all the while doing hair in a blow-dry bar, so I thought I could manage with the payments. But Impeachment stopped booking a month after I made my first payment to SAG, and I started to struggle. My hair job was also struggling because we were in the middle of a pandemic where clients, to save money, started doing their hair themselves. Can you blame them?

Joining SAG Was a Mistake, but I’m Not Giving Up

I reached out to SAG to let them know my predicament, and it took days for them to get back to me. The response was what I feared. There was nothing they could do; I had already signed up.

I had some money in savings, but after a couple more months of payments, cocktailed with L.A. rent, bills and gas, I was broke. What in the actual fuck was I thinking? If SAG-AFTRA had a Yelp page, I'd give it one star.

I'm sure you're like, "Well, why did you sign up?" I ask myself this a lot. I'm not usually a hopeful person, but I had hope that if I signed up and joined the union, my acting career would take off. Casting would take me more seriously and, to be honest, I thought SAG itself would be more helpful. My $3,100 balance was paid off, only to be met with annual dues that had to be paid. So I wasn't officially a member for another five months because I just simply didn't have the money.

I haven't given up on my dreams of being an actor, but I have put them on pause due to not being able to pay rent and being forced to vacate my L.A. apartment. I now reside in my mom's guest bedroom in central Texas. Yeehaw!

Oh, how the mighty have fallen.