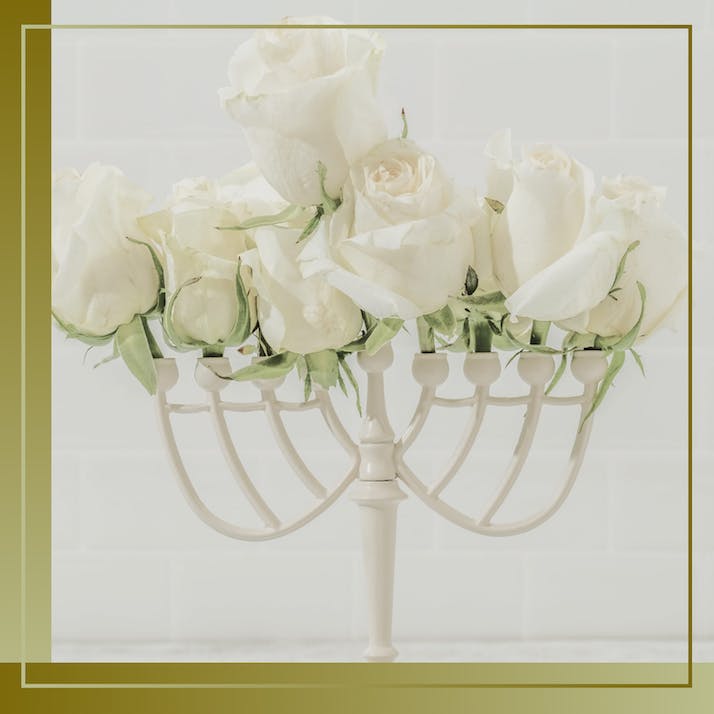 A Lifetime of Non-Religious Indifference: How My Jewish Tradition Is Socialism

The writer relates that his upbringing has more to do with politics than religion.

Your ancestors can sneak up on you in unexpected ways. Throughout my life, I've carried my Judaism pretty lightly. I don't go to synagogue or believe in God. I married an equally churchless and unbelieving Christian, and our home is mostly devoid of seasonal rituals, aside from the general celebration of consumerism at the appropriate time in December. My parents sent me to Hebrew school when I was young, not out of any great devotion, but to get us out of the house on weekends. (And because, in my dad’s words, "5,000 years of tradition—you ask yourself do you want that to end with you?") But their half-hearted efforts weren’t enough to carry on to the next generation. My daughter doesn’t go to Hebrew school, and all that tradition is "fucking kaput," as God says in the Bible. (I assume, since I haven't read most of it.)

I come by my secularism and alienated indifference to heritage honestly, from my forefathers before me. My maternal grandfather, a successful patent attorney, swapped his multisyllabic, Eastern European, very Jewish last name to a two-syllable, quietly-assimilated white appellation because he was sick of antisemitic discrimination. His wife, like many reasonably well-to-do Jews at the time, converted to Christian Science for a while and retained that religion's confused mistrust of doctors into her 90s, much to the annoyance of her children. I'm reasonably certain neither grandparent went to temple for the last four or five decades of their lives. When I eat a bacon burger on Shabbat, I am keeping the faith handed down to me by my assimilated and aggressively indifferent forefathers.

I’m Part of a Rich Tradition of Indifferent Jews

Those indifferent forefathers could include a lot of famous names. Jewish atheism has an illustrious tradition. Freud, Marx, Einstein and countless other crotchety spiritual forebears picked up their pens, looked over their period glasses, and killed their God (and, not by accident, also the God of those smug Christians who’d been trying to convert them, often violently, for millennia).

But while I do take some pride in the Jewish legacy of deicide, I think my own very Jewish distance from Judaism may be in some ways less militant and more a matter of happenstance agnosticism. Right now in the U.S., Jewish public identity mostly focuses on two deeply intertwined themes: the Holocaust and Israel.

One of the things I learned in Hebrew school, back when my parents were half-heartedly trying to keep tradition alive, was that my neighbors, as pleasant as they seemed, could at any moment join in a genocide. They told me I’d better give some of my allowance money to Israel every year so we'd have a place to go when my friends and gentile teachers decided to gather together to firebomb my house.

“”
When I eat a bacon burger on Shabbat, I am keeping the faith handed down to me by my assimilated and aggressively indifferent forefathers.

We May Not Be Religious, but My Family’s Politics Makes Us Very Jewish

The paranoia had some merit, no doubt. I experienced antisemitic bullying as a kid, and my hometown is now a bastion of Trump supporters. I occasionally see high school acquaintances and beloved former coaches posting George Soros conspiracy theory garbage. But, at the same time, the paranoia about the Holocaust isn't exactly my paranoia. Both sets of my grandparents left Eastern Europe in the early part of the 20th century and had been in the U.S. for 30 years before Hitler shuffled bloodily into power. I didn't lose any extended family in the ensuing slaughter. Israel was never our refuge; America was, for better or worse, Soros conspiracy theories and all. The trauma of the Holocaust wasn't precisely my trauma. Neither was the heroic narrative of Israeli salvation.

Instead, for my paternal grandparents especially, Judaism was more about a secular day-to-day. My grandfather was heavily involved in the Jewish Community Center movement. I vividly remember my confusion when my slow-walking, nondescript grandpa was greeted at our local JCC like visiting royalty. My grandmother was very involved in the Jewish education organization ORT. They were both social workers and organizers and, like many Jews of their time and era, lefty socialists. (My grandfather's brother was named after Eugene V. Debs.)

I don't even know where any of the Jewish Community Centers in my city are, but the lefty socialism—that's stuck with me. Evangelical Christian pro-Israel boosterism and a few high-profile right-wing assholes like Ben Shapiro and Stephen Miller can make it seem like Jewish people are mostly Republican. But the truth is that Jews generally are left-leaning sorts. About 70 percent of us vote Democratic in most elections, probably because right-wing populism has never gone very well for us. And historically Jews have been involved in a lot of lefty movements and activism. German Bundists thought that socialist revolution was the path to equality for all, and ardently opposed what they saw as the more provincial goals of Zionism. A community that's been in diaspora so long has perhaps a unique perspective on the ills of nationalism, just as a persecuted religious minority, constantly told to worship a God who supposedly hates them, has a unique skepticism.

“”
They were both social workers and organizers and, like many Jews of their time and era, lefty socialists.

Making a Tradition of Being Non-Traditional

The thing about diaspora is that it's by definition all over the place. Traditions are always disparate things, but for Jews, especially, the thing that binds us together is often not having things that bind us together. For any important historical event, you can find a lot of Jews who can say, "I wasn't anywhere near there." Disconnection and even disavowal is a big part of the Jewish experience—from forced conversions to surreptitious name changes. Nothing is quite as Jewish as marrying a non-Jew, never going to temple and celebrating “Hanumas” with a plastic tree and a bunch of presents.

So 5,000 years of tradition doesn't actually quite end with me, I guess. I hope to pass on to my non-Jewish Jewish daughter her grandparents' talent for critical doubt, their adaptability, their ability to make community anywhere they went, and their belief that everyone deserves justice, equality and freedom, no matter where they live. We don't have any God to bless her. But maybe that can be a blessing too.