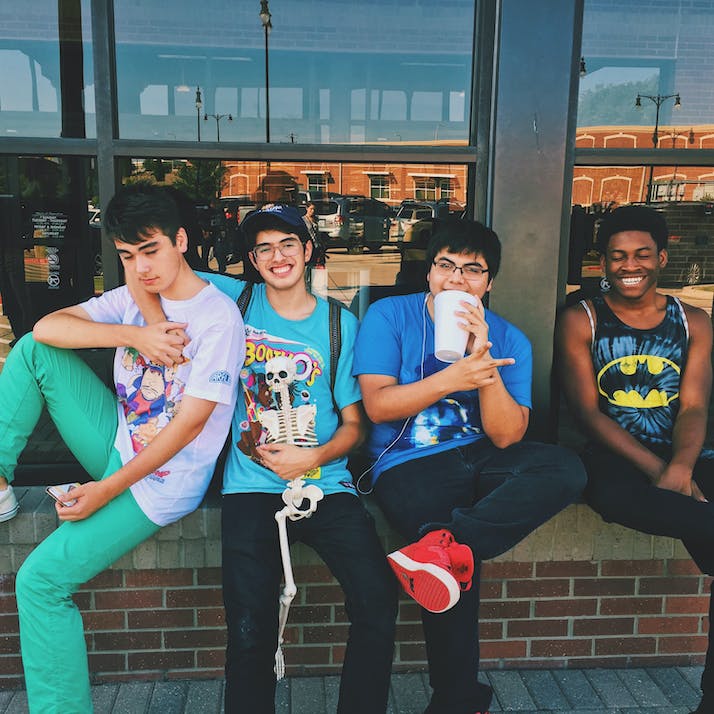 The youths have some wise things to say, a teacher explains.

As a white, straight, female teacher, I don’t have a lot to add to the diversity discussions happening in the country. But my students do. And I feel my job as a human and as an educator (specifically a teacher of English) is to listen to others and to try to understand their stories. Being human, I believe, is about listening and creating structures that encourage free speech and foster empathy. Discussions allowed in this realm can change the world. And Gen Z is already there. I am fortunate to share the insight that I have learned by allowing people to speak and to be heard.

I start every class with Good Things, a warm-up activity from the participative curriculum Capturing Kids’ Hearts. Good Things encourages students to find the good in their lives and to practice gratitude. Likewise, it fosters community. I adopted this practice from teaching at an earlier school and have found it, of all the classroom practices that I employ, to have the most impact.

We so often ask or expect people to discuss sensitive, intimate topics without first establishing a connection. Then, invariably, we get upset when the conversation ends in turmoil. In order to feel comfortable discussing uncomfortable or complicated topics, people must feel recognized and acknowledged. Sharing your thoughts is a vulnerable activity. People have to know they will be listened to regardless of their opinion. This is why I use Good Things, the best part of my day.

“”
I saw more progress and acceptance at that moment than I had seen towards same-sex relationships for most of my life.

Here’s an example. A male student raised his hand to share that he had a crush on a neighbor who had just moved in nearby. The students giggled and cheered and asked him to tell more. He shared that they had talked just a few times and that he (the new neighbor) was going to a different school.

I held my breath and quickly scanned the room searching for judging eyes or disapproving comments once the students heard the pronoun of the boy on whom he had a crush. But there were none. Only more follow-up questions and excitement at the notion of falling in love with the boy next door.

I saw more progress and acceptance at that moment than I had seen towards same-sex relationships for most of my life.

As many youngest generations tend to be, Gen Z is known for being the most socially progressive. But they still inspire me every single day. They unknowingly push me to be both a better teacher and person because I see how much promise they wield. Of course, this extends past mere social awareness.

They also bring this power to academic discussions. Like most ninth graders across the country, we read To Kill a Mockingbird every fall, a story about an innocent black man accused of raping a white woman.

Although published in 1960, the themes of guilt, innocence and race still ring very true—too true—today. Many people around the country deal with race by ignoring it. However, that is not a privilege afforded to others. The truth of racial inequality often makes people very uncomfortable. And so, to cope with that discomfort, they don’t talk about it.

That is not an option in a ninth-grade English class when the book we’re reading demands it. But, if a classroom community has been formed, there is at least some level of trust between the students. A structure and a way of talking need to be in place in order to discuss any sensitive topic. In our discussions, for example, we make a group list of adjectives acknowledging how some people might feel when talking about race (scared, ashamed, proud or embarrassed) and we remember those emotions while speaking.

We not only discuss how Tom Robinson’s family must feel, but also Trayvon Martin’s family, and now Elijah McClain’s and many others. Then we hear about the experiences of our own classmates. Racism, which for many may be a distant problem, now becomes very real in my classroom. My students are brave enough to share their vulnerabilities. We listen to each story, with hope, and we develop a little bit more empathy for each person. It would be unfair not to hear from all the voices in my classroom who want or need to share their experience.

“”
We listen to understand.

Gen Z Is Ready for This Moment

My classroom is successful because I work very hard to create a community within it, something that is missing in many of our social spheres. In this space, we talk about what listening is like and how to object to an idea, not to a person. We do activities that promote different perspectives and have discussions where every voice matters. Being able to have a meaningful discussion is so much more than just listening in order to respond.

We listen to understand.

And we know how to separate what they’re saying from who they are. So often when I hear of the strife and close-mindedness of people in power, I wonder if they wouldn’t benefit from sitting in a freshman year classroom for a week. It would behoove those at the top to hear about topics such as race, gender identity, social status, immigration and the like from voices who may or may not be squeaking just out of puberty. They have things to say. Their voices, and voices everywhere, deserve to be heard. No qualifications or accolades are necessary for being human. There is inherent worthiness that we carry with us. The notion that every person is decent gets lost somewhere between college degrees and wealth and color of skin. It is our job, as a community, to make sure our next generation still feels worthy enough to use their voices to create stronger communities than we have left for them.

Gen Z already knows what they want to say. We need to create an environment in which they can.