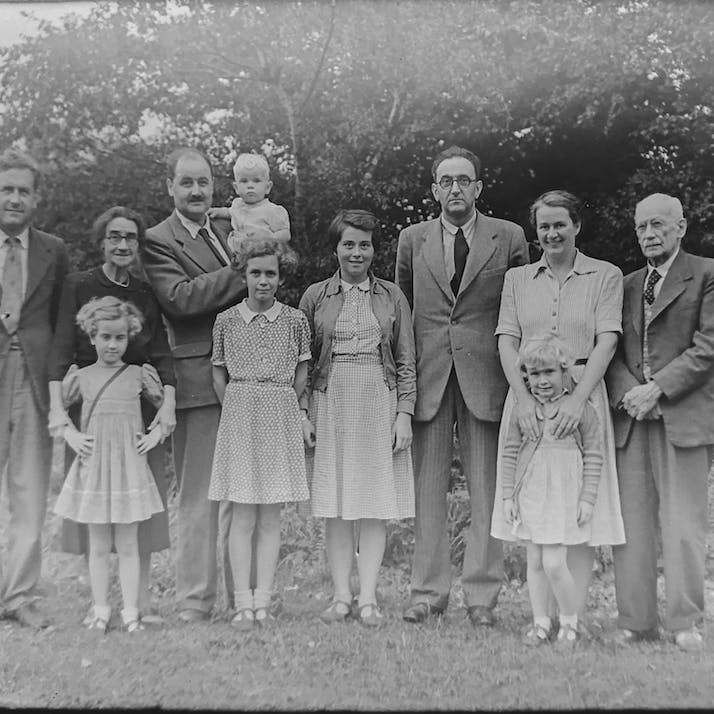 My Italian Heritage: Erased and Rediscovered

After growing up with a family that stripped away its Italian culture, a mother reflects on the benefits of rediscovering and reimplementing her generational traditions.

Every year when I drive up the winding one-lane road to our house in Arlia, a small village in the mountains of Northwest Tuscany with a population of about 40, I wonder how I got here. I have a house in Italy, an Italian passport and a thoroughly modern American-Italian family. To those who know me and my parents, this would seem highly implausible because I essentially grew up in a 1950s American family. It was the Cleaver family without the Beaver. But there was another story in the background—it just didn’t impact my family life.

My mother, Jeanne, was one of 15 children born to Giovanni and Michaelina Margharita Verrecchia. They lived in an Italian area of South Philadelphia. After their first six children were born, my grandfather officially changed his surname when he became a naturalized U.S. citizen. This was a very common practice for immigrants as the government thought it would be easier for Americans to pronounce their names and maybe make it easier for them to assimilate.

My Family Assimilated Into American Culture

It appears that assimilation into American society was the real goal of my grandparents. None of the 15 children learned to speak Italian. My mother told me that as a young girl when a package was delivered to the house from a department store, the name on the package indicated Margaret Jones or Smith, as my blue-eyed grandmother didn’t want the store clerk to think she was Italian. Only one of the 15 children married another Italian-American. And my grandmother refused to attend the wedding because she wanted her daughter to marry a “real” American.

My grandparents were very pleased when my mother married a guy who was a “real” American whose parents were born in the United States. My parents eventually moved from the city into the suburbs, where I was raised without any real connection to the culture or heritage of my maternal grandparents. My mother never really felt the immigrant experience growing up. She was, in fact, shielded from it on purpose. For example, I never recall my mother cooking anything Italian except the spaghetti we had once every two weeks. Sauce never simmered on the stove; rather, it came from a jar of Ragu. Our traditions were all new ones: no special dinner on Christmas Eve, and no special baking that I can remember. In fact, unlike in Italian culture where the discussion, preparation and consumption of food is central, my memories of food were almost non-existent save for ice cream and apple pie.

I do not recall any serious conversations about my Italian or Irish heritage at all.

I Became Exposed to the World in High School

What I do remember from my childhood through teenage years was how both my parents encouraged me to embrace life and interact with the larger world through education, politics and travel. The idea of travel really captured my interest. After a brief ten-day trip over Christmas, when I was a sophomore in college, I decided I wanted to go and spend the summer traveling in Europe. I still have a newspaper article by the journalist Russell Baker, writing for the then International Herald Tribune on August 13, 1970, entitled “The Student Prince.” It was a piece directed toward all the parents worrying about their children traveling through Europe that summer with nothing more than a backpack, youth hostel card and maybe a Eurail Pass. I was one of those lucky students traveling for four months without a real plan other than a desire to see and soak up a life different from mine.

It may sound overly romantic, but my life really did change that summer when I met an Italian boy from Naples at a tram stop in Munich, Germany. Little did I imagine that the meeting would lead me up the one-lane road to Arlia. Oreste and I spent a couple of days visiting sights in the city, but it was the conversations that we had about the world that perhaps gave us a reason to stay in touch over the next ten years. In the interim, Oreste would go on to live in France, England and, for a brief period, in North Africa, while I spent three years teaching in Germany and traveling every summer. When we finally decided to meet again ten years later, we decided that perhaps we might make a go of it.

Before moving forward together, Oreste suggested that I come and spend a month at his parents’ house in Naples. He said he didn’t think I could really know who he was unless I better understood where he came from, in terms of his family and the place where he grew up. Spending that time with his parents was eye-opening, to both Italian culture and, more importantly, how Oreste was still shaped by his childhood in Naples. Oreste and I soon moved to Singapore, where we got married, and lived there for two years. Family reasons brought us to the U.S. We soon found jobs and moved to Miami, Florida.

“”
It appears that assimilation into American society was the real goal of my grandparents.

Interestingly, Miami in the 1980s was a city of recent immigrants. At first, primarily Cubans, then South Americans, all looking for a better life economically and/or to escape political regimes. The difference was that assimilation was not their overarching goal. Rather, it appeared that maintaining close ties to their heritage and culture was of great importance for the immigrants and for their children. They kept their language and customs alive, while also finding good jobs. Living a successful life in Miami did not mean losing sight of one’s past—it only enhanced one’s life. This was definitely not the experience of my relatives 50 years earlier. What a shame.

Oreste made sure that our small family kept our Italian culture alive. My children, Adriano and Giovanna, have Italian passports and both took Italian classes in college. Food and its many traditions are central to their identities. Both know how to cook native meals, learning first-hand from their grandfather and father. We celebrate Christmas Eve traditions from Naples and expose them to their heritage through music, movies, books and travel. As a result, they have both spent a lot of time in Italy with their grandparents and uncles.

I’m Glad My Family Has Embraced Its Italian Heritage

After we retired, Oreste and I discussed the possibility of buying a house in Italy and split our time living between there and Miami. Adriano and Giovanna could not have been more supportive. A major factor in our decision to buy was that they would have a place in Italy after we were gone. They have both spent extended periods of time at the house. They feel it as home, as do I.

So here I am at 71 learning the language and immersing myself in the Italian culture and traditions. If only my mother or my grandparents could know that after all this time, I would appreciate the heritage that was always mine. If they had only known that it was possible to assimilate in a new country and still keep your culture and traditions close, thereby enriching your family’s life.

To me, that is the beauty of America. It may not always seem so with today’s fraught rhetoric on the subject of immigration, but one can be truly American and yet something else as well. As I drive up the road and catch a glimpse of my home, I know how lucky I am. Not just because I have a home in Miami and Arlia, but because I know my children will always know and feel that their lives, like mine, have been enriched by Italy’s culture and tradition.