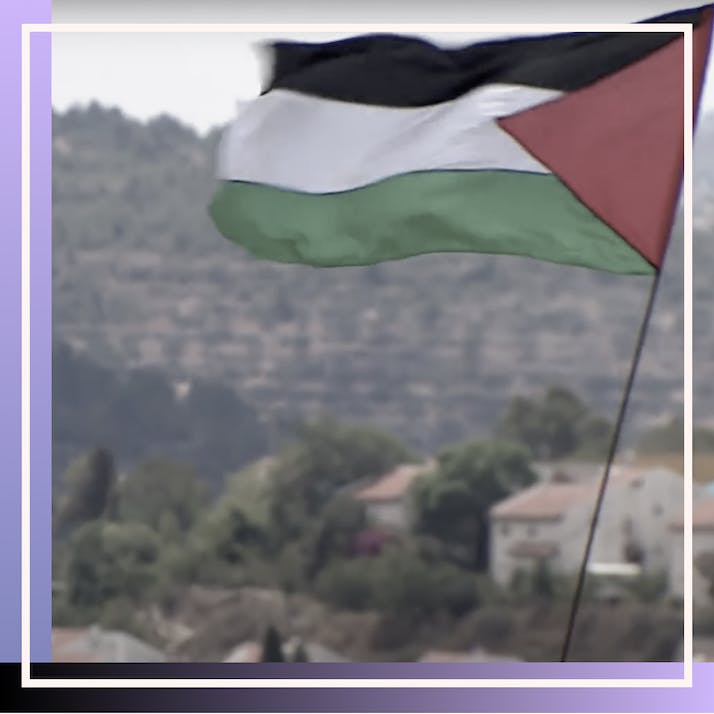 A Jewish-American who lives in Tel Aviv finds that equality is messy abroad, too.

I got to the square a few minutes early and stood around awkwardly holding my sign. I had scrawled “Black and Palestinian Lives Matter” on a piece of cardboard in thick black ink a few minutes before I left my apartment for the rally, which was to take place in central Tel Aviv.

It was just a few weeks after the death of George Floyd.

It wasn’t long before I was approached by a white Israeli man and his friends, who wanted to know why I’d added “Palestinian” to the slogan on my sign. After all, this was a show of solidarity for George Floyd, the latest victim of racist police brutality in America. I was taken aback. As an American new to Israel, I felt that I couldn’t ignore the parallel problem of occupation, and the police and military violence against innocent Palestinians. Just a week before this event, Eyad Hallaq was shot dead by Israeli police in East Jerusalem. He was 32 years old and autistic, walking home from his special-needs school. Were these issues not related? Was it wrong to demand that another persecuted group’s lives matter too? The man raised his voice and declared that if he knew I’d be there with that sign, he wouldn’t have come to the rally at all.

To him and many others, America has problems with racist violence but Israel can do no wrong.

“”
I allowed myself to be bought.

I Came to Israel Because I Was Lost; I Didn’t Like What I Found

I moved to Israel about a year ago as a lost Jewish-American post-grad, with no career opportunities in the States and a burgeoning romance with an open-minded Israeli I met while traveling. Israel literally pays Jews to move here and claims to offer career help and other services in English. So, I fell for the ruse.

I allowed myself—and my alliances—to be bought. At the time, I wasn’t even aware that, while I could get citizenship with just a letter from a Rabbi stating that I’m Jewish, a Palestinian with proof that their parents were born there could not.

As soon as I set foot in the country, I felt a wicked push and pull. I was bombarded at every step with people welcoming me to my “homeland,” or asking me why on earth I would dare move there. Nothing about the place felt like home and every time I had to assert that I belonged there because of my Jewishness, my family has, in a very literal sense, never been from that part of the world. The same goes for most, if not all, of the Ashkenazi inhabitants of Israel today.

Israeli culture is fiercely exclusive in a way that feels wholly intentional, and yet conflicts with the practice of bending over backwards to entice Jews to move there. It’s an exclusive club that keeps people who were born in Israel feeling like a part of something larger than themselves, and inspires them to fight in the army, despite the fact that they have no choice in the matter. The underlying psychology reminds me of a high school clique, where repelling outsiders gives the insiders something to bond over. This extreme nationalism has gone beyond the point of being merely frightening—not to mention hypocritical—as a nation that was founded in part as a response to the horrors of ethnocentric zealotry gone unchecked now weaponizes Holocaust Remembrance Day for its own political benefit.

Israel Has Adopted One of the Worst Things About American Life

Furthermore, Israelis love to co-opt American culture, most of which is Black culture to begin with. At the same time, they relish nothing more than to complain about all of America’s problems—its president, its crumbling healthcare system, its addiction to fast food. This obsession with plundering America for all it has to offer, and then turning around and acting utterly superior, mirrors America’s relationship with its Black citizens.

Israelis treat Americans like a necessary nuisance and a political pawn, sweetly luring them out to the Middle East to help them displace more Palestinians, while Americans often treat their Black peers like criminals, turning a blind eye as they are relegated to the fringes of society, provided with systems of housing, healthcare and “justice” that are riddled with often-deadly racism.

The country of Israel is overflowing with hypocrisy—so much so that if you tried to cut it all out, there’d be nothing left. While America, the land of the free that locks kids in cages, is undoubtedly as hypocritical, I’m beginning to understand what makes the Israeli experiment so particularly toxic—and perhaps worse. I think about the liberal college friends who shamed me for moving there in the first place, and how I wrote them off for engaging in an issue far away when America has so many human rights crises underway that could be a higher priority—or at least easier to work on from there.

I finally understand where they’re coming from when I remember the rally I went to, where a proud Israeli man told me he believes that Black lives matter but Palestinian lives don’t.