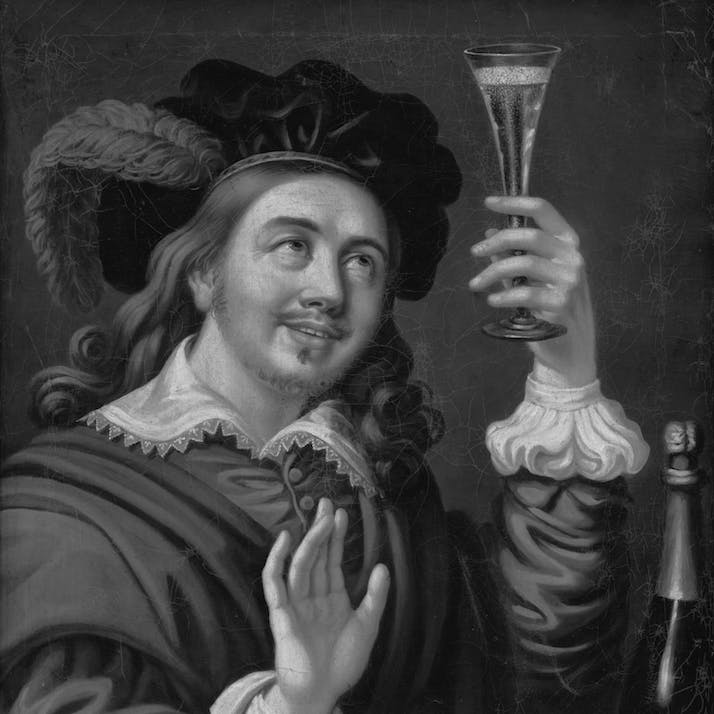 The Irrationality of Alcoholics Anonymous: Get Rid of God

An AA member outlines why the organization excludes so many with its religious ferocity.

She’s short, I’m tall, and, as some short people do when they talk to tall people, she got toe-to-toe when she shouted at me: “Do you have a Higher Power? You need a Higher Power. Who’s your Higher Power?”

From the hundreds of meetings of Alcoholics Anonymous that I have attended during the past ten years, I get much: support, mostly—for which I am deeply grateful—a few scares, hidden wells of insight.

But also, I get religion. A lot of religion.

“”
I get religion. A lot of religion.

For “a program based on honesty,” so the AA saying goes, Alcoholics Anonymous—especially United States AA—is profoundly dishonest (the word would be “hypocritical”) about religion.

It purports to be “not allied with any sect [or] denomination” (from the Preamble, read before most AA meetings), except that by my reckoning, of those hundreds of meetings that I’ve gone to, at least 60 percent send their participants off with a Christian prayer.

“Who keeps us sober?” asks the person closing out the meeting, while we all stand and hold hands in a wide circle. “Our Father…”

Nonetheless, when people speak, at meetings, about how, say, “Jesus saved” them, not only in their souls, but also from their addiction, or when people interpret something good that happens in their life or work as clearly “God’s doing,” that’s okay by me, an atheist.

That the AA Big Book (“Alcoholics Anonymous,” the program’s seminal text) is suffused with the idea and name of “God” is tolerable, to me and many other non-believers, if we are generous, both as historians and as readers or listeners.

Wisdom and strength long have arrived via strange but unravelable words, should one cock an ear and be open and willing. That is a human commonplace.

And so what?—others believe how and what they believe about life and living. That that is not, by and large, how or what I believe is not the point.

However, when I am told how and what to believe—“or else”—the short person gets into trouble with the tall person.

And I am told, unremittingly, by many in AA—and, more important, by the very structure of AA, unreflectively proffered—that I must believe not only in God but in a certain sort of God: positioned (“higher”); singular and my sole aid (I am powerless; God is not); and existent (despite my own credence to the contrary).

Sure, AA long has pointed out that, even at the beginning of its service some 80 years ago, the phrase “as we understand Him” was added, with alacrity, to the Third of its 12 Steps (“Made a decision to turn our will and our lives over to the care of God”).

Sure, one of the AA founders, Bill Wilson, welcomed with open arms “atheists and agnostics” among the membership, admonishing, “Let us not, therefore, pressure anyone with our individual or even our collective views.”

But know, too, that even a cursory examination of the amendment “as we understand Him” sees the front-loading of religion (and else) in each of its four words.

And know, too, that many in AA, individually and collectively, not only pressure, but maneuver to exclude, others in AA who do not toe the same line of religious belief.

Once, after a meeting, a man tapped forcibly on my sternum and told me: “If you don’t get God, you won’t get sober.” At least he wasn’t short (of stature).

“”
Modern AA has made itself into a religion, but a fake religion.

The History of Alcoholics Anonymous and God

In truth, modern AA, especially modern American AA, has made itself into a religion, but a fake religion, of the same ilk that lopsided adherence to the Second Amendment of the U.S. Constitution has become a religion, or, facilely put, the way that NFL football is an American religion.

Some people (amen, South Park) dismiss AA a “cult,” or say it is “quasi-religious.” It’s difficult to parse away those tags when, indeed, AA texts are treated as sacred and immutable (above all The Big Book, especially pages 1-164, a canon of sorts); saints have been beatified (the way some revere Bill Wilson); and rituals abound (meetings themselves, not to say recurrent, even required, praying such as The Third Step Prayer, The Serenity Prayer, or, um, The Lord’s Prayer).

Moreover, skepticism—agnosticism, certainly atheism—is disallowed. A fundamentalist “the Word is all” takes hold and is literalist, from which true believers cannot, must not, waver.

Our world is suffused with another sort of fake religion, by which people contend that their (traditional, Diety-centric) religion instructs them in what to do, when what’s really going on is something completely non-religious, even irreligious.

For example, passages in the books holy to Jews, Muslims, and Christians commonly are marshaled to bolster arguments by the same peoples, on what they claim are religious grounds but on what are actually forejudged civil, political, social, even economic grounds that already (conveniently, prejudicially) support those arguments.

Too many “religious” reasons are pulled-off masks about real estate, or power, or subjugation, or cash and prizes, or political maneuvering, or control—or a host of other clearly secular reasons—than reflections of anything remotely resembling or referencing the spiritual. Or, God forbid, God.

For so long, we’ve been told that something is religious—when it just isn’t—that we miss what then occurs: that the secular manufactures or co-opts religion (or a religion) to its benefit.

And in a manner, that’s what I believe AA has done. It purports to be not-a-religion but in fact has become one. It even craftily uses the trappings of religion to support the masquerade.

“”
Cool it on the religion.

A Higher Power Can Be More Than a Deity

Listen up: None of that is necessary, none of it. What’s real in AA (and even in its Big Book) is behind the God talk, even despite it.

The “God word” may be splashed all over the pages of The Big Book, but you don’t really need God in order to recover. Really.

For instance, you don’t need, as a well-worn mantra in AA has it, to “Let go and let God.”

You just need to let go.

I’ve always found it curious that The Big Book itself uses the term “Higher Power” much less frequently (as I count it, only twice in the canonical 164 pages) than the way AAers commonly do. The Big Book mostly writes “power greater than” you, or us, or anyone.

Why the historical move to choose to use “Higher” over “greater than”?

Thinking persons can see that the entirety of everything outside of themselves is truly a “power greater than” themselves. Why not use some of it when you need it (that is, when you recognize, as the early of the 12 Steps have it, that, yes, you are powerless indeed to manage your life, or your drinking, solely by yourself)?

More power to you, one might say; it’s out there, accept it, take it for what it’s worth, and run with it. (For my part, I find succor in the idea of “Other Power”; I’m not hung up on using any Geography of Power in pursuit of fake religion. I just use what helps that I find outside of me. Some days, it’s Leonard Cohen.)

It might be a good idea, if AA in the U.S.A. is interested in honestly attracting membership to its meetings that it heeds what the Pew Research Center calls “the religious landscape” of this country.

Its most current findings, of October 2019, show that not only are mainline Protestantism and Roman Catholicism experiencing significant losses (since 2009) in their respective populations, but also atheists and agnostics are up in numbers as well.

More significantly, the religiously unaffiliated population, what Pew calls religious “nones”—who describe their religion as “nothing in particular”—have swollen in number, from 12 percent of the U.S. population in 2009 to 17 percent in 2019.

If you want to beckon in the faithful, AA, cool it on the religion.