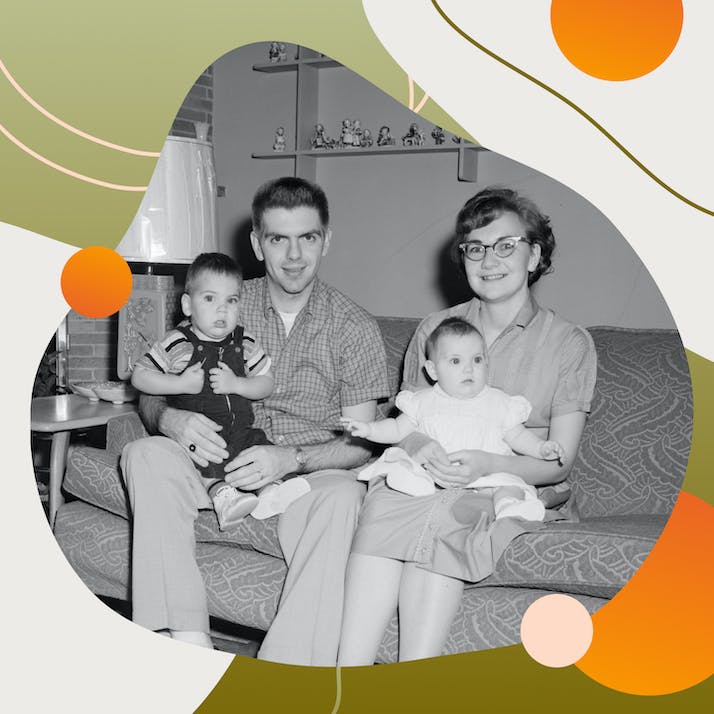 I’m grateful for a movie like 'Belfast' to show me some of the experiences my grandparents endured.

Thanks to the release of the Oscar-winning film Belfast, people have started to turn their attention to Northern Ireland and gained insight into the national trauma that was The Troubles. For two generations of my ancestry, The Troubles was a very real and personal trauma, and the scars of that conflict remain to this day.

The film, which was awarded Best Original Screenplay at the Academy Awards in March, is an autobiographical look into filmmaker Kenneth Branagh’s working-class Belfast family life during the advent of The Troubles. It tells the story of the historical conflict through the eyes of a young boy, was described by Branagh as a search for “hope and joy in the face of violence and loss.”

From the 1960s until the peace agreement in 1998, my parents and grandparents’ lives were shaped similarly by the political conflict, which pitted Catholics against Protestants and led to never-before-seen bloodshed in the region. In total, The Troubles resulted in around 3,500 deaths and some 50,000 injuries. While Catholic nationalists fought for an independent Ireland liberated from British rule, Protestant unionists defiantly sought to demonstrate their allegiance to the U.K.

“”
A generation later, my parents lived under the same reign of terror.

As a Police Officer, My Grandfather Experienced Violence from the IRA

My grandfather served as a Royal Ulster Constabulary police officer over the course of The Troubles. It was arguably one of the most dangerous positions to be in during that time, as some 319 RUC officers were murdered and 9,000 injured by the Irish Republican Army (IRA). By 1983, Northern Ireland was the world’s most dangerous place to serve as a police officer, twice the rate of even the second-most dangerous country, El Salvador.

All of which resulted in my grandfather witnessing his fellow colleagues getting gunned down by the enemy, and himself descending into depression and alcoholism as he contemplated his own mortality every single day.

At the very start of his career in the late 1960s, my grandfather experienced such violence firsthand, as his police station was ambushed by the IRA one night while he served on duty. He was shot six times during the surprise raid, and barely escaped with his life. After being rushed to hospital, he met my grandmother who was working there as a nurse at the time. And the rest, as they say, is history.

But in spite of all of that, on his 90th birthday, my grandfather sat in his armchair and reflected on his life. “I hold no hate in my heart for what they did to me in 1968,” he said. A generation later, my parents lived under the same reign of terror.

The two religious groups were so divided that my then eight-year-old mother passed Friesian cows in a field one day and asked her mother whether they were Protestant or Catholic. They must have belonged to one of the two sides, she thought, because everyone else did. Such a naive perspective is something which Belfast achieves with both heart-breaking and eye-opening effect.

In the film, nine-year-old protagonist Buddy has difficulty understanding the conflict, and relies on his parents to educate him about the turmoil going on around him. Such exchanges are endearing, but successfully illustrate the senselessness of the violence which has destroyed this young boy’s home.

My Parents Have Traumatic Memories of Street Bombs in Belfast

As my mother matured, so too did her understanding of the conflict and the atmosphere in which she lived. She recalls, at 17, sitting in her car in her driveway and praying that she would be spared as she turned on the ignition. It was an all-too-real fear that a bomb would have been planted under the car to kill her police-officer father. In her younger years, she had grown completely accustomed to walking past army trucks on her way to school and being searched before walking into Sunday school or the supermarket.

On the other side of the city, my father also experienced the trauma of The Troubles. Very rarely would he speak about what he witnessed, but when he did, it was clear the memories of the conflict had stayed with him long after the conflict ended. While working in central Belfast, he witnessed a car explosion one Tuesday morning on his way to the office.

An RUC officer and his girlfriend had been targeted, and my 28-year-old father saw the couple catapulted through the roof of their vehicle as the bomb detonated without warning. My father rushed over to assist the pair before emergency services tended to the scene. He only started to believe what had happened when he saw the incident being reported on the 10 p.m. news later that day.

Only weeks later, my dad had also stopped a young family from walking down a city center street after spotting a suspicious-looking vehicle, which was parked in front of a government building. Moments later the car exploded, and thankfully no one was hurt, thanks to his instincts.

“”
She recalls, at 17, sitting in her car in her driveway and praying that she would be spared as she turned on the ignition.

I’m Deeply Connected to Ireland and its History of Violence

For my parents and grandparents, this reign of terror was just a fact of life. But having grown up in suburban London some years after the peace agreement, I found it hard to imagine these were my ancestors’ experiences when I was told the stories of The Troubles.

Now older and more understanding of the context, I am grateful for films like Belfast, which have presented similar stories to my parents’ and grandparents’, while conveying the importance of peace in Northern Ireland today. Having visited the region countless times over my life and knowing my family’s history, I feel deeply connected to the region and care deeply about its future.

But over the past several years since the European Union Referendum, I believe William Faulkner’s infamous words, “The past is never dead. It’s not even past,” have never been truer for Northern Ireland. Just over two decades since the peace agreement, it’s no wonder that the trauma remains just below the surface, for my own family and the rest of the country.