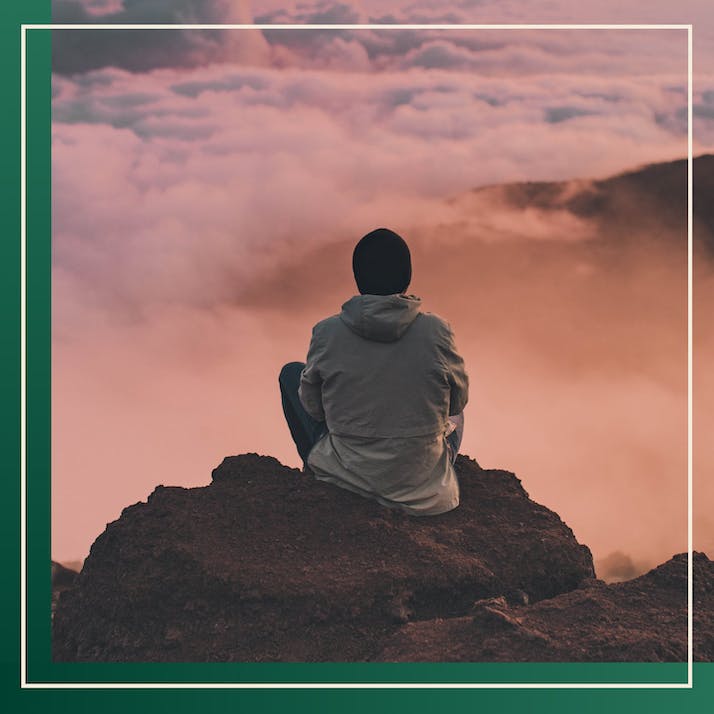 I Always Want to Be Higher: Inside the Mind of a Drug Addict

A former heroin user relays the challenges of getting sober.

Before I’m even out of the hospital, I have a plan to buy drugs.

If I could have dope delivered to me in the ICU, that’d be perfect. I’m half-asleep in a Chicago hospital and there’s an IV in the exact vein that got me here. My body’s frail and I’ve been wearing the same jeans for two months. Five years from now, I’ll be three years clean of heroin, which means there are still two years left of this bullshit, and it’s going to get worse.

Rock bottom wasn’t death; it was change. I romanticized my toxic behavior and convinced myself this was my path, a pilgrimage to becoming something. I was meant to be a forgotten soul. My entire life, I’ve been trying to write the perfect excuse and suicide note.

My sense of self was entangled in addiction. It caught me in my prime and I struggled to breathe. My conscience decided our salvation wasn’t coming.

Once you’ve convinced yourself that you’re a bad person, your brain does everything it can to keep that sense of identity. I spent six years killing off any possibility of redemption. When I tried drowning the person I was, I felt myself disappear. If I’m not a disappointment, then who the fuck am I? I’m not a successful person. I’m not a happy person. I’m nothing. Trying to become anything other than that would have been a lie.

Whenever I tried to get better, I self-destructed. I sensed myself fading away. If I got better, then what? Would I be forgiven? Would I be responsible? The expectations that come with being a good person don’t outweigh the hell that dope sickness brings. Why get clean? If everyone already thinks I’m lost, why try proving them wrong? I was content being no one, but I wanted to be someone special. I just didn’t want to put in the work. It’s a junkie’s paradox. I wanted to get help, but I’d rather get high in a South Korean bingo hall.

When I wake up in the hospital, I’m alone. I had no idea what hospital I was in, or who brought me there. The only thing I could see out of my window was a brick wall. I have a song by Karen Dalton stuck in my head. Dying while the sun is still out feels derisive in a way. I think about people yanking out their tubes and storming out of the hospital, clothes in hand, ass peeking out of their hospital gown. The thought crosses my mind, but I figure I’d get to eat if I stayed.

I have to get to Chinatown at some point to see Bea. I don’t know if that‘s her real name, but I know I can get a bundle of cheap, decent dope from her. At this point, I’ve already been to rehab twice, and I still wasn’t interested in getting sober.  My short-term memory deteriorates when I’m going through withdrawals, so I couldn’t answer any questions about what happened earlier that day.

My Parents Grew Up in Abusive Households

A nurse hands me some bullshit pamphlet about addiction, where it said how difficult it is for addicts to accept praise for getting clean. I’ve never been good at taking compliments. I imagine it’s hard for any children of abused children. You never believe you’re good enough. You lose your passions, your sense of purpose.

That’s where I was. My father came from a physically abusive family, and my mother’s mother was an addict. She was a big fan of O.J. Simpson and was adamant he was innocent. I don’t know what that says about my Mimi, but she was probably right. She smoked slims and wore a lot of gold.

I’ve been conscious in the hospital for about 30 minutes when I decide to bail on free food and check myself out. I don’t have my ID, so I figure they won’t have my information. While I’m gathering my shit, I’m trying to figure out what I can pawn. I can never find time to get a job, but I can con and steal like a fucking Bond villain.

I loved drugs, but part of me loved buying them even more. Every day felt like a coming-of-age movie. How was I going to get across the city with no money but still get high? I could try to find a purse or wallet to snatch, but I’d been arrested a couple of times for stealing credit card information, so I wasn’t going that route. I’m leaving the hospital and realize I’m not that far from Chinatown. I won’t have to spend money on a train or bus now.

“”
I can never find time to get a job, but I can con and steal like a fucking Bond villain.

I Was My Drug Dealer’s Best Customer

Whenever new Apple TV devices would come out, they were oddly easy to steal. For some reason, Best Buy and Target didn’t lock them in cases or anything. So, if you were wearing a loose enough jacket, you could snag about four of them. Also, if you walk around a stockroom like you know what you’re doing, no one really fucks with you. Never underestimate the power of a nice red shirt. At the pawnshop, you could get about $50 for each of them.

The relationship between addicts and pawnbrokers is complicated. It can be parental at times. They know what you’re doing there but they want you to be safe, but they also want you to come back. It’s similar to the addict-dealer affair. There was a point when my drug dealer told me I was her best customer. I was the best person she knew…at buying drugs. I’d finally been recognized for being talented at something. It felt like she cared. That was the most affection I would receive for months at a time. For me, a major part of addiction sprawled from loneliness and lack of confidence. I think, subconsciously, I started using to feel better about myself on an egotistical level. If I hang out with junkies and coke whores, I’ll feel better about myself. At least I’m not as bad as them, right? Eventually, I’d pass them up.

I always want to be higher, to get as close to death as possible. It's a temptation. It’s the apple. It’s losing teeth and selling things that aren’t yours. It’s taking advantage. It’s being fucked over. It’s lowering your standards. It’s creating a complete lie to get yourself in the door. It’s coming home and leaving in the middle of the night. It’s telling your family to leave you to die. It’s making them sorry they didn’t. It’s wrecking your car and leaving any job that gave you a chance. It’s not texting back and canceling plans. It’s getting pissed off when your friends won’t help. It’s loving someone for the weekend. It’s bringing poison and poverty into their life. It’s dead bodies. It’s the unknown. It’s the emptiness. It’s all just shit.

It’s not being able to tell if I’m lying to myself. It’s crying for bad people. It’s panic and empty promises. It’s being done. It’s being tired and weak from running.