Inside the Justice System: I See the Dangerous Ripple Effects of Gun Violence 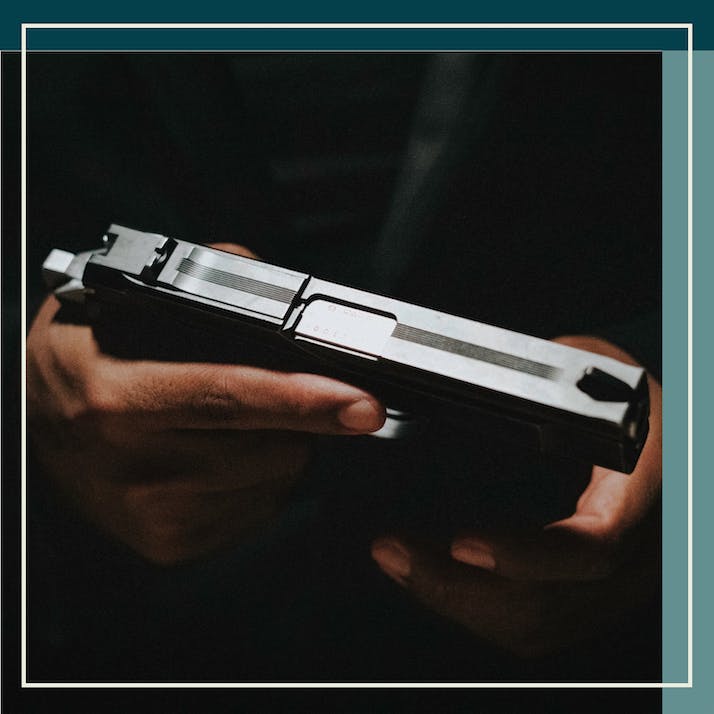 Inside the Justice System: I See the Dangerous Ripple Effects of Gun Violence

Because of an increase in gun-related cases and investigations, local law enforcement has begun neglecting victims of domestic abuse.

Whenever a mass shooting occurs, my first thought is always, “Who did he kill first?” or, “Who was his first victim?”

And I don’t mean who was the first victim at the school, club or public space. I mean which woman the shooter was close to did he turn his rage on before committing an act of mass murder? After all, more than two-thirds of mass shootings that have been analyzed have shown that the perpetrator kills a family member or intimate partner first. Other studies show that these domestic violence-related mass shootings have the highest fatality rates.

As someone who has worked with victims of violence in the justice system for the last 10 years, gun violence is not limited to the horrors that we see splashed across the media, temporarily awakening the masses from their sheltered slumber long enough to maybe change their profile pictures or argue with a relative about gun laws before returning to their unaffected daily lives. Gun violence is a constant whirlwind of abusive intimate partners, trigger-happy teenagers, suicide and lethal force directed toward Black and brown communities and the mentally ill.

“”
We even know he is illegally in possession of a firearm because he has sent her pictures of it along with his threats.

I live in a city with a population of just over 40,000. It’s primarily a military and agricultural town with a tight-knit community. Last year, we had 42 shootings in the span of six months, and there has been a 35 percent increase in gun violence since 2019. As I am writing this, there have been two shootings in the last three days. I hear gunshots on a weekly basis in my neighborhood, and there have been no less than four fatalities within just a few blocks of my home in the last year.

I no longer feel safe walking my dog once the sun has gone down, and I am careful to stay in the most familiar neighborhoods, out of public parks and spaces. It’s through my professional work with victims that I feel the effects of gun violence the most. First, there’s the obvious increase in serving the victims of gun violence and/or their family members. Second, there’s the neglect that my clients—domestic violence, sexual assault and abuse victims—experience in their cases because detectives are overburdened with the ongoing gun violence. Solving any type of murder is always prioritized over the survivors of crime, even the ones who are actively in danger of being murdered.

Currently, I’m working with a victim of domestic violence and rape by her partner. She has filed four different reports citing extremely violent incidents in four different jurisdictions over the last six months, but no arrests have been made. The cases sit open while investigators work on other cases involving homicidal gun violence. The most recent case is in limbo while the detective writes his report and obtains a Ramey Warrant for the suspect, but he is also investigating a fresh gun-related homicide case that came in a few days ago.

Meanwhile, the suspect in the domestic violence case is calling the victim 200-plus times a day to harass and threaten her. We even know he is illegally in possession of a firearm because he has sent her pictures of it along with his threats. So other advocates and I are working with the victim to do everything we can to keep her safe while also not interfering with the investigation that the suspect isn’t aware of. Should he find out, it could potentially put the victim in even more danger.

The Solution to Gun Violence Is Not an Either-Or Proposition

It's also important to note that not all gun violence leads to death or involves illegally obtained firearms by the seemingly deranged or disgruntled outliers of society. These are often the situations that the public never hears about. I have been working with a victim of gun violence who is a local police officer’s wife. He was arrested and charged with domestic violence and spousal rape a few weeks ago. The officer used his perfectly legal, government-issued firearm to forcibly threaten his wife and rape her at gunpoint. He then threatened to kill her and frame it as suicide if she told anyone. That officer is out on bail and unpaid administrative leave.

While the public is aware of the bare bones of the case, the details about the gun have been kept out of the media so it looks like just a “bad apple” who allegedly roughed up his wife. Most people may not even see this as a case of gun violence, but what I see is someone who has committed extreme acts of violence and who could potentially lose his 25-plus year career in law enforcement, along with his pension and his children. Did I mention he was also involved in an officer-involved shooting where he shot and killed a mentally ill homeless man who was brandishing a knife? He was found justified and competent to return to work after only a few weeks of paid time off and no mental health follow-up.

These are examples of what I see behind the steel curtain that is the criminal justice system—and that’s just in my tiny pocket of the country. When I hear people going back and forth about the solutions to gun violence, it feels like it’s usually focused on two solutions. It's either mental health services or gun control. From my perspective, the answer is that it’s both and then some. It’s prevention and intervention, with easily accessible mental health services, community outreach and support in struggling communities and training and oversight with law enforcement. It’s also common-sense gun legislation that raises the age that a person can purchase a firearm and restrictions on the type of firearms and amount of ammunition that can be purchased at one time.

“”
What I see is someone who has committed extreme acts of violence and who could potentially lose his 25-plus year career in law enforcement, along with his pension and his children.

I’m currently part of a community-based task force for youth safety that is a combination of service agencies, government agencies and community members. The focus is on reducing gun-related violence in our community and forming a crisis response team to assist victims of gun violence and their families. The group is divided into committees focused on prevention, intervention, response, outreach and activism.

The prevention committee is focused on education in both gun safety and mental health. The intervention committee is focused on gang violence; the response committee is working on a crisis hotline and emergency mental health response; and the outreach and activism committee focuses on raising awareness through marches, vigils, community canvassing and contacting elected officials. We also have a couple of people researching what interventions and programs have been successful at lowering gun violence rates.

One initiative of the outreach team is visiting local gun shops and working with the owners to establish policies to not sell guns to anyone under 21. The intervention committee is also recruiting reformed gang members to work directly with the gangs to turn over firearms. I’m part of an initiative to provide free, non-clinical mental health services to the community.

We have a lot of really great ideas—some will fail; others may take months or even years to see results. But every single person is committed to the long haul. Our primary focus is the changes and safety measures we can make in our community because we all agree we cannot rely on outside help or the government to make long-term, significant changes.

Everything needs to be independent of whoever holds office or which political party holds the majority. My hope is that people across the country may read this and seek out groups in their own communities already doing this work or take the initiative to start it. The founder of our group—a mother who lost her son to gang violence—summed it up when she said, “We can’t stop gun violence everywhere, but we can do everything in our power to stop it here.”