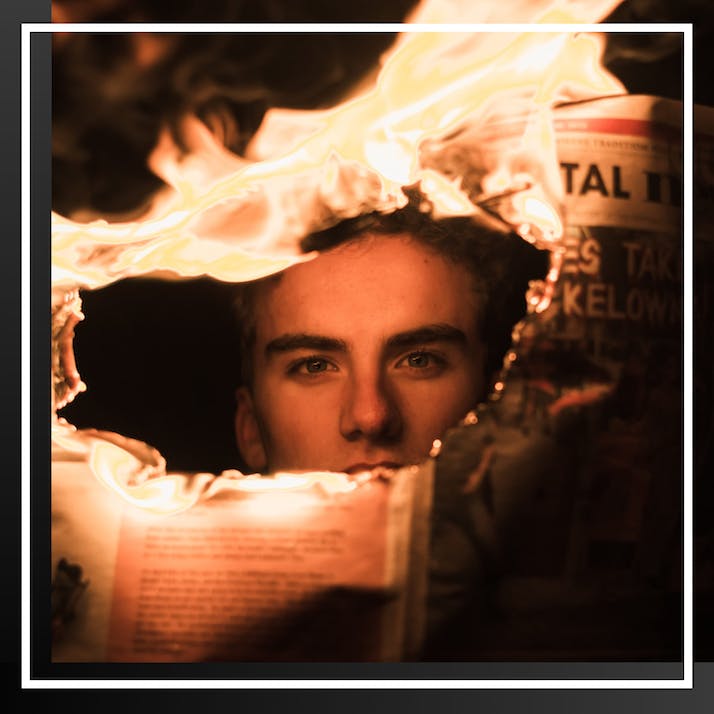 Inside News Corp: It Will Take All of Us to Destroy Fake News

Taking time to fact-check information we read online can help us slow down and stop the decline of modern media. I should know.

Fewer people than ever trust traditional media, according to the results of Edelman’s annual trust barometer, in which more than half of people surveyed stated they agreed with the statement, "Journalists and reporters are purposely trying to mislead people by saying things they know are false or gross exaggerations."

Fake news. Virtue signaling. Political media bias. Disinformation versus misinformation. Opinion pieces put forward as fact without clarification. Intentional obfuscation. Woke culture “news” stories. The list of reasons why people are increasingly distrustful of media integrity goes on. Long gone are the days when the media lived up to its promise of being honest brokers of information, but if you stop and think about it, we probably need to ask ourselves: Were they ever?

“”
We’re stuck in a perpetual loop of intellectual poverty until something changes.

In a letter to John Norvell in 1807, Thomas Jefferson wrote, “To your request of my opinion of the manner in which a newspaper should be conducted, so as to be most useful, I should answer, ‘By restraining it to true facts and sound principles only.’ Yet I fear such a paper would find few subscribers.”

Two centuries later and this has never been truer. To be honest, the only real amendment I’d make to this 200-year-old testament is to swap the word “newspaper” for “media.” During my years at News Corp, I often found myself silently pondering a double-barreled question that simmered away in the back of my mind every time we ran another “if it bleeds, it leads” style story: Is this story true, useful, relevant or necessary, and if not, am I then part of the problem? The jury is still out.

I had intentionally joined the notorious “news” organization to work on human interest topics such as personal finances, consumer technology and business news, yet found myself routinely fighting to have my stories seen above the fold simply because the death, drugs and divorce style celebrity content attracted more interest, eyeballs and ad revenue.

It was a heartbreakingly repetitive cycle.

At the center of the entire demise of quality journalism and fact-checked, substantiated news is the pernicious corporate emphasis on maintaining steady growth in shareholder return (n.b. growing advertising revenue) rather than protecting the interests of consumers and businesses, as is clearly outlined in the mandate of the FCC. But herein lies the problem: The FCC is accountable to the U.S. Congress, a cadre of politicians elected to uphold laws that represent the best interests of the country. Yet politicians are elected by voters, voters who are swayed by public opinion, public opinion which is shaped by the media. As William J. Federer said, “Whoever controls media controls the country,” so we’re stuck in a perpetual loop of intellectual poverty until something changes.

I’d argue the best place for us to start a shift toward truth is to address the issue of fake news, blatantly false or misleading information presented as news, often aimed at damaging a person or entity’s reputation and/or increasing ad revenue.

Fact-Checking Is More Important Than Ever

Not too long ago, when we wielded the term “media,” we were essentially referring to television, radio and newspapers. Today, what was once a triarchy of media channels has transmogrified into an increasingly multiheaded monster, not unlike the legendary Hydra. The mythical Hydra is a fitting metaphor for today’s existent media landscape; the beast was described as having many heads and faces, possessing poisonous breath and an offensive or even deadly scent, which sounds like a fairly apropos description of Fox News (whose somewhat ironic former tagline was "Fair and Balanced").

Today’s ever-present, multichannel media now has the power to subtly, swiftly and subversively manipulate, influence, persuade and pressurize society in both positive and negative ways, thanks in no small part to an unprecedented global hyperconnectivity via smart devices that are in billions of hands. This access means that “news,” real or fake, now spreads at a pace where a lie can spread faster than the truth that refutes it. Seems we are moving too fast to uncover the truth of things.

As an example, say you come across a controversial story on multiple news sites, shared across social media by friends and family. You turn to Google and search the keywords of said story and are presented with thousands of search results, oftentimes organized in descending order based on the publishing site’s popularity, search ranking and the number of shares of said story. At face value, it could appear that the top-ranked story is the most accurate and “true,” yet this isn’t always true.

More often than not, algorithms and popularity scores are defining “truth” long before what is reported and printed has been fact-checked. As a society, we’ve been subtly and consistently conditioned to believe headlines on popular mastheads, the top search results and most tweeted and reposted content without question. Accordingly, controversial stories (n.b. fake news) are reported with little if any reliance on fact, under a deeply dismissive and reductive assumption that the masses are sheeple who will blindly accept what we read, hear or see as true because it made the “news.”

This is not to say that all fake news stories are malicious or intentionally deceptive. Some are simply misinformed or misreported around a kernel of truth. A great example of this is when back in 2014, France implemented its “right to disconnect” labor agreement, which sought to protect employees from overworking outside of traditional work hours. Out of nowhere, a story emerged that expanded upon the fact of France’s new agreement with the fiction that it banned work emails after 6 p.m., a fiction that was regurgitated dozens of times worldwide. A wonderful fiction, but fiction nonetheless.

There’s a multisensory network effect in place here that is hard to recognize until we take a step back; an article published on HuffPost or NYT, shared on social media, emailed to your inbox and discussed at your local cafe or bar, validates the idea or story, irrespective of truth. Legitimacy, therefore, results more from repetition than fact. Accordingly, it’s incumbent on each and every one of us to slow down, stop and think and take a moment to fact-check when something doesn’t quite feel right, rather than simply tow the party line and accept all that we see and hear as true.

“”
It’s incumbent on each and every one of us to slow down, stop and think.

As Readers, We Should Be Intentional About What We Focus On

Al Franken was dead on the money when he said that media biases are much bigger than conservative or liberal; they're about getting ratings, about making money, about doing stories that are easy to cover. There’s a reason media publishers refer to us as consumers, defined as “a person or a group who intends to purchase goods, products or services.” The purchase price here is our attention, so it’s reasonable to assume that if we shift our attention, we regain some of our power.

Fake news, clickbait headlines, political polemic and propaganda designed to capture our attention aren’t going to go away anytime soon, but if we place more value on our time and attention, intentionally choose where we look and what we consume and take the time to think for ourselves and call bullshit as required, then we begin to erode the robber barons of their powers, providing a rare opportunity to be heard and begin moving the needle back toward our intellectual favor.