A Fellow Inmate's Love Saved My Life in Prison 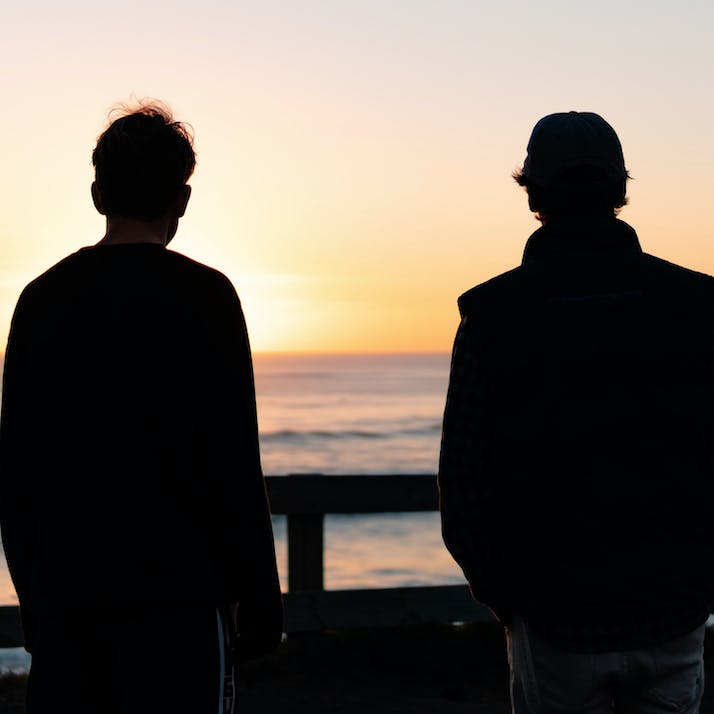 A Fellow Inmate's Love Saved My Life in Prison

A letter from behind bars, where an incarcerated man almost gave up—until a friend demonstrated true love.

Prison sometimes can feel like an affectionless desert. By the age of 20, I was in here dying of thirst. A lifer twice over with blood-stained hands from sins I had committed when I was 15, I carried the weight of despondency. What can bring a kid who has a life sentence back from the brink of despair?

The only answer is love.

One day I found myself sitting in my maximum-security cell, drowning under the waterline of our criminal justice system—a stone of hopelessness fastened around my neck. On the winds of a sentence of 40 years to life-plus, I carried the curses of those I had harmed, winds that blew out the internal wick bearing my spirit’s light. My eyes were blurry with tears that flowed from a spring of contrition and regret. I needed air; I wanted out of my pain, but I sunk under, deeper and deeper.

Within me, an echo chamber reverberated with the verbal stones heaved at my 16-year-old identity four years earlier during court proceedings: “Evil kid…murderer…a danger…you should suffer…you should rot in prison.”

That day, this harmony of hate was stuck in my head on repeat, synchronized with Jay-Z rapping out of the radio on the locker. He sang, “This is the number one rule for your set; in order to survive, gotta learn to live with regrets.” The results of my deeds were killing me; my regret was becoming too much to bear.

“”
The only answer is love.

My Regrets Had Turned Into Depression

I could no longer live knowing I had caused two mothers to suffer, both my own and the mother of the young man I had murdered. I could no longer live with the self-hatred that infected my being. How could I survive the rest of my life in a place that constantly reminded me that I was worthless and unwanted? The stabbings, the shootings, the racism, the correctional indifference, the deep loathing of human life around me was overwhelming and unrelenting.

I sat in my cell that day resolved on suicide. I reasoned it was the most loving thing I could do—for me, my family and the family of my victim. I had stolen someone’s son, brother, love; a theft not repayable that left me spiritually broken. I even stole away the hopes and of my parents as they gazed and gushed over me in infancy.

That day, I thought that my life wasn’t worth much, but it was all I had left to give.

I would hang myself.

As death drew closer and closer, I became more and more convinced that what I was about to do was love.

On that day, the prison was on lockdown. My cellmate was away at work; no one was out of their cells; the guards were in their office; the timing felt perfect.

The cell walls absorbed the cold air that blew through the vent. If they thawed, it felt as if they would come down. The sobbing that escaped my heart and mouth muffled Jay-Z’s voice. I only heard his words in between breaths that had quickened to match the rate of my pulse. As I looked up at the light fixture to gauge if it would hold my weight, I soon felt I was running out of time. I wiped my tears with the sheet that I held in my hands.

A voice inside my body sounded like my own. It sang, “You won’t hurt anymore, just do it. Do everybody the favor. Just do it already, piece of shit!” I was overcome with sadness. The voice goaded me still. “I’m going to,” I thought. I just needed a moment. The voice sang on in the courtroom stones, the Jay-Z, my sobbing. The song within me had reached the climax of its crescendo.

I decided. It was time.

“”
That day, I thought that my life wasn’t worth much, but it was all I had left to give. I would hang myself.

It’s Easy to Forget You Still Have Friends Behind Bars

Suddenly another voice joined the chorus. “Jacobs, you straight? The fuck?! You good, bro?” The voice was my buddy, Preach. He was incarcerated a few cells down from me. Like me, he had been locked up since he was a child and also had 40 years to life. I looked up from the floor to see his face in the cell door window.

He pounded his hand on the top of the metal door and shouted to the control tower, “Open 118, Perez!” The door hummed open. Preach came inside my cell. I hid my face in the sheet in my hands. I was ashamed to have been seen, caught, in such a low moment.

All at once my thoughts raced. I was flooded with more voices inside asking questions: Does he know what I was about to do? Who will he tell? If people know, will they think I’m a bitch?! Weak? Will the guards find out? Will my family? Question after question and thought after thought.

Then he touched my shoulder. Suddenly, the questions and thoughts stopped. The perpetual anthem of hate ceased to play in my mind. There was something in his touch. Something soothing, healing, something God-like.

How the Love of Another Prisoner Saved Me From Suicide

Preach squatted down beside me and said, “It’s gon’ be alright, Jake.” His song was better than mine. I lifted my face from the sheet and his eyes found mine. I sang, “I can’t do this shit anymore, Preach.” My despair was out of tune with the love hymn he sang with his touch. He stood up and demanded, “Get up!” and lifted me off the toilet. Without words he pulled me into his embrace. He hugged me gently but firmly.

I wept into his shoulder and held on to him for dear life. His hug was everything my soul needed that day. The love I felt inside his arms cleared the fog that obscured my thoughts. When we pulled apart, he said, “Don’t you ever let them get you here.”

He held me for a brief moment only, but that moment has stuck with me ever since. He stood in my cell that day, never taking his hand away. He encouraged me. His words, his touch and presence told me I was worthy. In that moment, I was wanted, at least by him. I chose to stay alive for the sake of his love and friendship.

“”
I chose to stay alive for the sake of his love and friendship.

Friends in Prison Are as Important as Friends on the Outside

There is no greater love than one that makes living worth it. Moreover, this one act of love allowed me to see that there were other loves for which I could live. During this darkest moment of my life, it was Preach’s love that lit my way out of despair.

Preach continued giving me that love until I was transferred to another prison. He’d check up on me every day. He enlisted his cellmate and my own to do the same. They all loved on me. We loved on each other to keep one another alive.

For me, this love-custom saved my life and became my own way of life. I am forever grateful for Preach’s love, a love that pulled me out of despair.