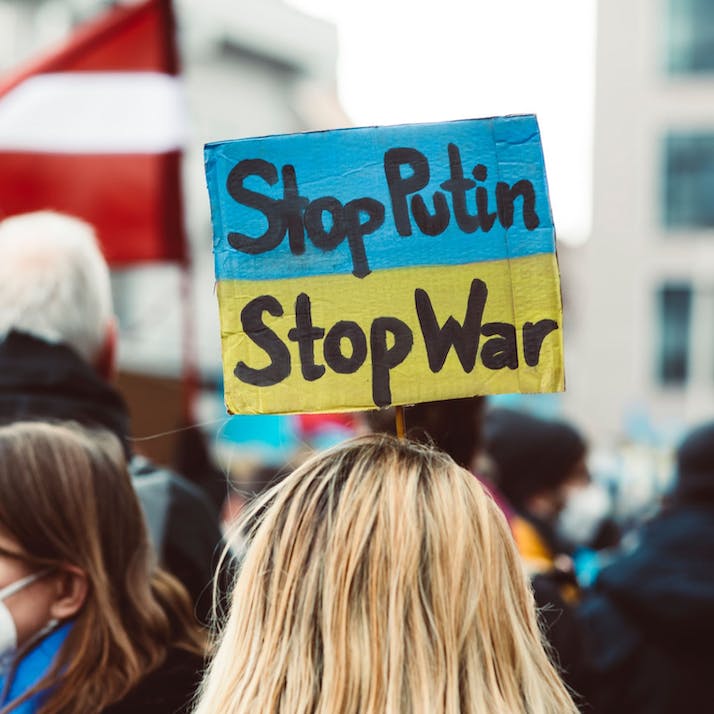 I’m a Russian Citizen: This Unjust War Must End and Putin Must Go

The Doe speaks to a Russian about the ongoing invasion of Ukraine and President Vladimir Putin.

The Russian invasion of Ukraine is the first European war we’ve been able to follow in near real-time on social media. Soon after the conflict broke out, we connected on Reddit with a young Russian who’s part of the growing anti-war movement there. After verifying their identity, we conducted an interview with them about the situation as it stands in Russia.

The following exchange has been edited for clarity and to correct grammatical errors.

Tell us about yourself. Where do you live? What do you do?

I'm a young adult from a big city near Ural. I work as a software engineer at an IT company. Also, I'm a part of the LGBT community.

What is your impression of how Russians feel towards the invasion of Ukraine? How much support is there for it? How much opposition?

A majority of Russians are against the war, but there are many people who support it, mostly the Soviet-era generation. Sadly, some of the anti-war people are against it only because they are afraid of sanctions and economic collapse.

“”
I don't know anyone personally who really thinks that Russia and the West are enemies.

Is there nostalgia among older people for the Soviet era? Do you see young people who also want a return to those days?

I think that older people have nostalgia because they were young during Soviet times. They didn't know better. They used to live in a bipolar world where there are good and bad guys. And TV propaganda works well to support their ideology. There are also some young people who support Putin. Mostly, they are from poor families and also don't know any better.

Putin has worked very hard to bring back the old way of thinking of Russia and the West (and specifically Russia and the U.S.) as enemies. Do you feel like Russian people see things the same way? From what I’ve seen, young Russians are very into Western music, fashion and pop culture.

I don't know anyone personally who really thinks that Russia and the West are enemies. I know that there are some people who think this way, but mostly from the old generation.

Putin has described the invasion’s purpose as to “demilitarize” and “denazify” Ukraine. Do Russians believe this or support these goals? If not, what do you think his motivations really are?

Some Russians believe that the army is fighting "Ukrainian Nazis," but most of us know that this is bullshit and our crazy president just wants to play with tanks before he dies.

I know there aren’t many independent news organizations in Russia. What’s the news coverage out of Ukraine been like there? Do you get a sense that you are seeing anything real, or is it all propaganda?

We have some independent news. One of the biggest is Meduza. They try to make the most unbiased picture of this conflict. Also, I'm reading some Ukrainian news channels on Telegram. We can easily access any Western news site. They aren't blocked in Russia. I'm checking information about the conflict every hour.

I’ve seen news reports about Russians marching to protest the invasion. I know the Russian government has cracked down severely on protests in the past. Is that true? If so, what kind of risks are Russians taking by joining these protests? Have you taken part? Have you heard anything about people being arrested?

There were many protests in Russia against Putin in the past and protests against the war yesterday. In my city, we created a Telegram chat to organize it. [Last week] I was with a group of about 20 people. About half of this group were LGBT members. None of us were arrested, but there were also a series of solitary pickets on the other street, and about 10-15 people were arrested. Yesterday, I was at the protest again. There were 25-30 people in my group, and half were arrested. We just walked on the street with a banner. We had some support from passersby, but there were some people who swore at us. Also, we encountered a Donbas veteran, who tried to assault a woman from our group. Thankfully, the police in my city are not so brutal. None of us were physically assaulted, and all of us who were arrested were released later the same day. I'm really scared now. Not because of the police but because we don’t have many supporters here. Theoretically, protests can have some effect if there would be millions on the streets. Now there are hundreds at best. Russians are really scared. A major part of our opposition are imprisoned or have left the country.

“”
Russians are really scared. A major part of our opposition are imprisoned or have left the country.

The protests in Russia have been small so far, but there were some big ones over the weekend in Germany, the U.S. and other places. Do you think they’ll have an effect on anything?

I don't think that protests in foreign countries can have a big effect on this situation.

Do you think Putin could be convinced, either by protests in Russia or sanctions from the West, to abandon the invasion? Or do you think he’d be willing to go to war with NATO if it came down to that?

What is your hope for how this conflict ends?

I don't think that this conflict can have a peaceful end. Europe should help Ukraine as much as possible with weapons, money and sanctions. I don't think that Putin wants another world war, but who knows? He is a lunatic who has lost all connection to the real world. I hope that someday Russia will be free.