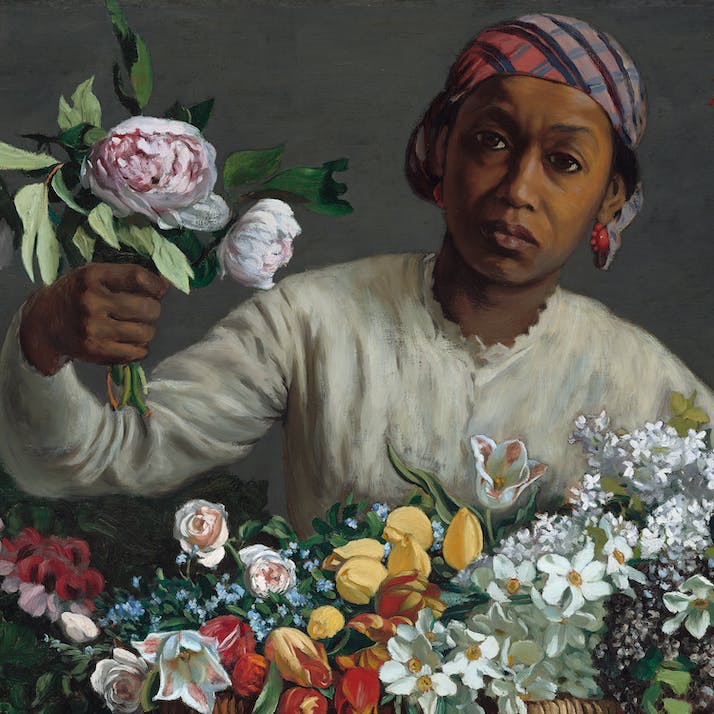 I’m a Woman in the Arts, Fighting for Equality

A woman in theater writes that female creatives are underpaid and undervalued.

It should be clear that the world of the arts—whether television, painting, writing, film, photography, poetry or otherwise—is like a casino.

The impoverished sit alongside the famous alike. There is no in-between, no middle ground. You may know the game but whether you win or lose is down to chance, luck or something in the air. There are no guarantees.

The world of the arts is also erected on misinterpretation. Allow me to let you in on a secret: Women in the arts are both woefully misrepresented and underpaid. Statistics bear this out, as does my personal experience.

In the United States alone, nearly half (45.8 percent) of visual artists are women, and on average earn 74 cents for every dollar made by male artists. In a 2016 study of the creative industries here in the United Kingdom, women earned an average of £239 a week less than men. And according to the Center for the Study of Women in Television and Film, women accounted for 12 percent of directors working on the top 100 grossing films in 2019.

But why are women questioned over men in their arts careers? Why is there an issue with gender in the arts, as if being in the arts in the first place wasn’t hard enough?

At school, I saw girls who worked harder than boys. However, later, while I saw the obvious successes of men, I could not see a link between the male auteurs of films that I admired and the strange, grubby boys who earlier had sat in my class.

It wasn’t until my late teens that I realized gender and career are not shackled together. I also realized that not all boys are the same. But as I could see, gender biases still lingered in the arts. At the age of 18, by then attending art school, this opinion fused itself to my mind.

A male fashion student studying alongside me came in every day either high or hungover, sometimes both. He hardly worked and could barely form a sentence before 12 p.m. But his hair was glorious and his outfits were effortlessly homeless-looking—in a fashionable way. On the other hand, for over half the week, I would just look homeless.

I worked non-stop, got ill, produced work, stopped producing work and then produced work that didn’t feel like my own. I grew sicker and I couldn’t take the morning train without crying or having a heaving session behind the ticket-office. I was told I wouldn’t make it to graduation. The ethereal lifestyle that was sold to me had not quite manifested as I’d hoped.

I ended up with a 98 percent pass rate, which at this school was rare. Perfectionism had swallowed me whole. I had a breakdown that sparked my struggling art career.

That male fashion student with the glorious hair climbed to the summit of fashion, working in Paris ateliers and creating a notable brand. I thought, is it because he’s male? Naturally talented? Maybe it’s his nonchalance? Maybe he cares; maybe he doesn’t. Either way, what has this one man got to do with the whole of the arts? A lot I say. I’m not here to gain pity. This is not a secular story, but a minor speck on the window to the wider issue.

“”
The ethereal lifestyle that was sold to me had not quite manifested as I’d hoped.

Another wrench was thrown into the works when COVID-19 hit earlier this year, reinforcing in me the belief that a man’s work is to be taken far more seriously than a woman’s. I’ve battled with this sentiment for years, but let me give you this example.

It’s 2020. I’ve signed a year-long contract in a theater job. I’m making films and I’m writing. I’ve found my feet in theater. It’s a little more forgiving and a lot more inclusive. I’m finally tying together all my studies and all the opportunities and experiences that I’ve had over the past seven years. My partner of 18 months has moved a few hours away and has bought a house. It’s temporary, but integral to his career and that’s wonderful. We’re both happy and making it work.

Since people found out about this move, though, the questions started flooding in. This was inevitable, but more so once we began self-isolating in our separate cities. I can speak for myself only, but people stopped asking me about my work, or the implications of the separation on my work. However, they did ask me why I hadn’t packed up and moved in with him in isolation.

Has no one asked me about whether that’s plausible in terms of my work because I am merely “a frivolous woman in the arts who can work from ‘anywhere’,” while he has a “proper job”? (This is also not the first time someone has told me to move and get a “real job.”)

Sometimes I wonder if it’s the fact that he has a house to himself, which is more than what I have. Working in the arts, I still live in my childhood home with my parents. My bedroom-cum-office isn’t ideal, but it works.

COVID-19 aside, living away from London right now could compromise my entire career. To me, London is the central focus of all things artistic and my love affair with London is far from over.

I understand people who suggest that I move away into his house. However, I’ve not heard anyone ask me why he had to move to a different city.

“”
Working in the arts, I still live with my parents.

Ladies: Never Give Up

Our work is often exploited, as is our time. I’ve never stopped working, and I keep my bank account away from minus figures. In a world where I seem to have done everything right, why does it always feel like I’m wrong? My later teens and my entire adult life have been showered by the meteors of disparaging comments over my career.

I plan to move in with my boyfriend temporarily at some point before he moves back to London. But until then, I am a woman in the arts, and I’ve worked too hard and with too many regrets. I’m not ready to compromise all that for a boy.

I love my boyfriend. I love who we are together. In an ever-romantic way, I want to spend my whole life with him. Surely, I can postpone being with him right now? Our Skype dinners are suiting me just fine.

For now, at least.