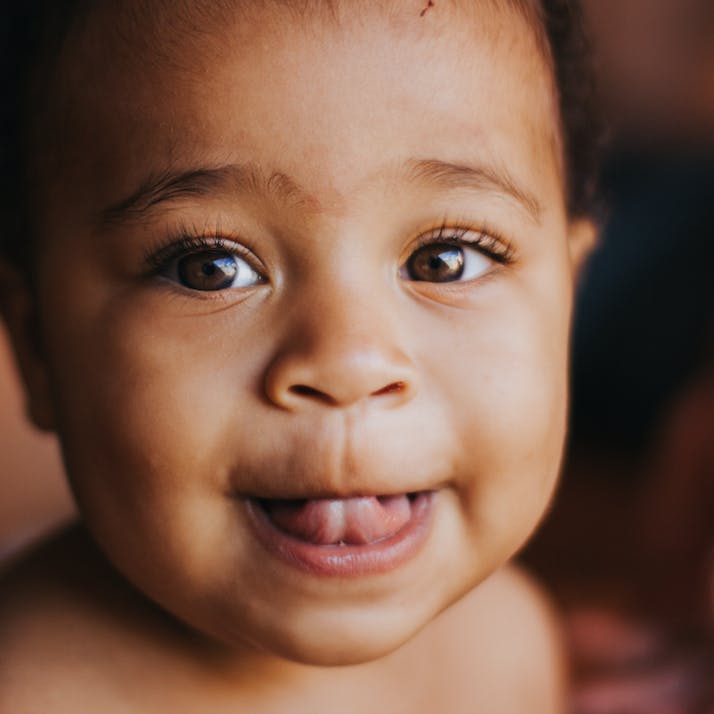 A pastoral counselor makes an impassioned plea for loving a woman no matter what she chooses.

No, I don’t own a pitchfork. Or a stake upon which to burn people.

Often, that statement is enough to make people turn away and stop listening. Unfortunately, many who claim to be pro-life also seem to care very little for the other lives they are, figuratively, burning at the stake—the mothers and fathers. They think that yelling and shaming is the way to change someone’s mind. I couldn’t disagree more.

Both Sides Could Do Better

I have looked into the eyes of so many women who have experienced abortion (some multiple times) and have seen the shame, the grief, the huge burden that has been placed on them. The pro-lifers have judged them, calling them murderers. The pro-choicers have told them they shouldn’t grieve the baby because it wasn’t yet a person. Lost in the fray, we end up carrying our banner of what is "right" and trampling the mother in the middle of the experience.

Often, the pro-life side is labeled women-haters, coming across as caring more for the choice of not aborting, rather than supporting the mother in whatever decision she makes. I wish that our camp could step up and help the mothers through the pregnancy, the hard choices, the fear, the rejection.

There is so much more to this decision than just walking through the doors of an abortion clinic or not.

On the other side, I wish that more pro-choice supporters would stand with women in their grief following the choice to abort, recognizing that this impacts their mental and emotional well-being. These women are told it's the best choice and better for everyone, but in my work as a pastoral counselor, I have seen the pain in the eyes of those trying their best to heal from something they never really understood. My job is to provide a safe place for healing and hope, and many women tell me they have never told another human about their abortions or felt the safety to do so. This breaks my heart as the pain of loss goes beyond political, religious or moral arguments with an ache that unites so many.

I don’t, for one minute, believe the decision to abort or not out to be an easy one. There are enormous implications for both choices and feel that these should be acknowledged. There is serious life change if the decision is made to keep the baby to term (even if the child is adopted after), and quite a disruption in everything that was normal for the mother.

I think that often, though, we minimize the life change in the women who choose to abort. We pretend that there is no impact on their emotional health. But after talking with many women who have chosen to end their pregnancies, I have witnessed that pain played out in their lives. I believe the woman needs to be supported regardless of her decision, not used as a playing card for a statistic one way or the other.

“”
There is so much more to this decision than just walking through the doors of an abortion clinic or not.

We Women Are Strong, No Matter the Decision

I have met several women who have chosen to carry a child to full-term and then given it up for adoption. This dramatically affects them as they wrestle through giving a baby away that has grown within them and is, indeed, part of their genetic makeup. They say goodbye, sometimes forever, and mourn their loss while acknowledging they are not ready to raise a baby. The strength these women exhibit is overwhelming and, after carrying two babies myself, I can’t imagine the pain of giving one up to someone else to raise. The logical process is there, telling you it might be for the best, but it still comes at a cost. That sacrificial love blows me away.

The women who decide to raise their child, even when still attending high school, trying to get through college or starting their careers amaze me as well. It is a battle to continue on with the life they are hoping to establish, and some don’t make it to the desired goal as they had planned.

Others fight through and are able to raise a child while working so hard to achieve all they had hoped. Either way, these women are warriors. They fight for their children, for their lives and for their new roles as mothers. It is not an easy path, and yet some choose it because they want to continue to be involved in raising their children, regardless of the perspectives of others or their own feelings of missing out.

“”
These are the women that my heart goes out to the most.

I Feel for Those Who Choose Abortion

And finally, there are the women who go ahead with the abortion and terminate their pregnancies. I think these are the women that my heart goes out to the most. I don't see them as terrible people, deserving of shame and guilt. I see them as people who have made a choice that will affect them for the rest of their lives, and often don't even realize it.

Many I have talked with as friends and as those with whom I work can remember how old their babies would be today. They wrestle with grief again when they start to have children later in life with a stable relationship and career, recognizing what they are missing. These women battle hard as well, and often, I feel, are treated as if they shouldn’t have any feelings about the baby they lost because it was the “right” thing to do.

I am greatly saddened that so many fellow Christians tend to bash these women, rather than walking with them through the hardships of life. Jesus called his followers to love and lift others, loving them as they love themselves. I can't stand in agreement with the choice to abort, but I can definitely provide a safe place for these women to feel what they feel without further punishment or judgment.

As a woman standing on the side of pro-life, I beg for compassion for all of these women. I would ask that we think through what we are putting on the women in front of us, whether we are trying to push them away from the abortion clinic or demanding that they move on with their lives. Let’s be gentle with them, for many of us are them. And we could all use a little more compassion.