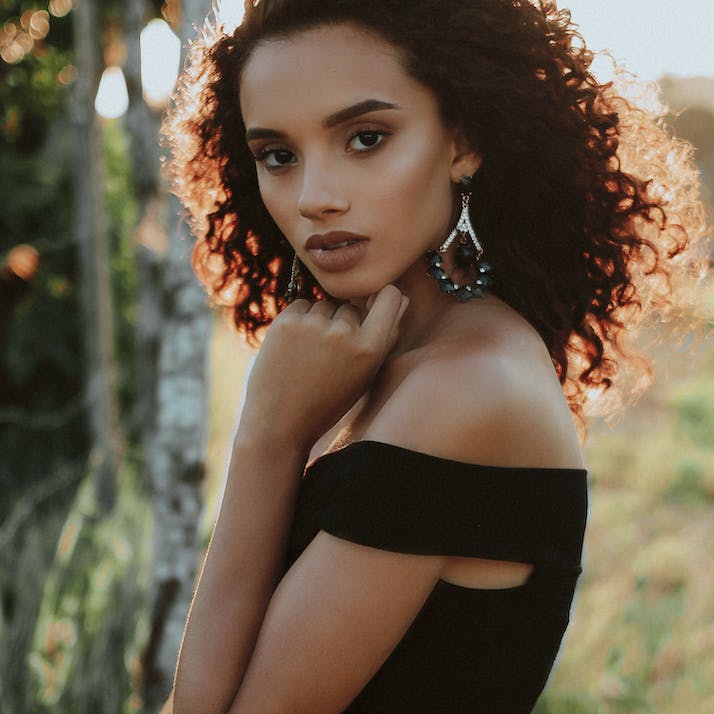 Coming from different ethnic backgrounds can be more complicated than it already sounds.

I didn’t know at what point I truly became aware that people saw me differently. For the first part of my childhood, I lived in a world blessed by blissful ignorance. But once I hit 12 years old, things started to change.

I felt seen for what my body was becoming. But I didn’t feel seen as a person.

My experience is probably stained by how my mum treated me when I was younger. She constantly would comment on how I looked or on what I was wearing. She once even called me a pervert’s dream.

“”
I knew this was because of my skin color, my hair and my features, all of which make me a mixed-race female.

Not Looking Like Other People Left Me Feeling Lonely

At school, boys would stare at me and make sexist remarks. As a mixed-race female surrounded by people who didn’t look like me, I felt isolated. While the boys would interact with my white female peers, I felt treated like somebody with whom they didn’t want to be seen. When they gossiped about me, they used a codename for me (one that I will not repeat here for fear of breaking my anonymity). I would pretend I didn’t hear it.

I didn’t know how to confront my feelings. But because I was so used to having my experience denied, in the end, I didn’t bother.

So much attention was paid to how I looked, I would feel so anxious to the extent that I even couldn’t move my body as I wanted. I mean this literally, as if a simple stretch would cause people to react. I’ve tried getting help for my anxiety many times when I was younger.

But when I would go to the doctor, he would ask for my number in order to text me the counseling service details. But I never received them. I asked another doctor for medication to deal with my anxiety, but he offered me beta blockers only.

I knew this was because of my skin color, my hair and my features, all of which make me a mixed-race female.

“”
I didn’t feel equal; I never have felt equal.

People Treat Me Differently Because of How I Look

I would see someone else speak their mind about something that upset them. They would receive a respectful response. Perhaps I would have the same opinion, and so I would say or do the same thing, but I never received the same response. The response always felt as if it reined me in. I didn’t feel equal; I never have felt equal.

I initially believed that my feelings and experiences were due to being around mostly white people. But when I moved to an area where there was more ethnic diversity, I was disappointed to see that I was sexualized yet again, though in a different way.

This time people would subtly ignore my rights as a person. When I was a young adult and went out clubbing, I often was touched or casually assaulted. When I became upset on a couple of occasions, I gained some insight. One friend asked, “Does it matter if people are touching you while you are drunk?”

Who asks that? Does my right to my own space and body stop when I get drunk?

Men of color would often direct lewd remarks toward me, about what I was wearing, for example, or how I looked. I’ve had people say that I wore things because I know what I wear will elicit a reaction. In truth, I dress with the exact opposite intention.

I had a recent conversation with a male my age. He told me that, when he was younger, he knew a girl at school who posted an article about the negatives of being beautiful. He stopped being friends with her because he thought she was being vain. But when I told him how I tried to hide as much as possible, yet never really could because I was always looked at, he said I changed his mind about how he viewed people he thought were beautiful.

He might have been just another person who tried to persuade me that my experiences are unique because I am beautiful. I am so sick of people believing that just because they find someone attractive that they can treat them how they want.

A social media post of mine discussed this very subject. On the one hand, someone replied to say that I was clearly looking for an ego boost. But on the other, I was grateful that other people took it more seriously, and I now know for sure that I am not alone.

Nonetheless, I always have felt alone. Because of my experiences, I don’t feel safe around men (and frequently women) because I am worried that if anything happens to me, they will see my skin color first and my humanity later.

“”
Does my right to my own space and body stop when I get drunk?

I Know I Deserve to Be Treated Like Others

I have had one relationship only; my first kiss was at 18; I have been terrified to be seen as anything more than friends with a boy.

I may come across as conceited because I am so hyper-aware of the way people view me. This is why I don’t talk about it often and I write about it anonymously.

Due to my experiences, I’ve always tried to treat people whom I find attractive or different with as much autonomy and respect as possible. I know how isolating it can be when everyone invalidates your experience because they don’t look like you. They don’t experience what you experience, consequently, they can’t empathize with you.

While I know that I’m not alone, I do feel alone.

To me, I am normal, and I believe I have a right to experience being accepted by a group of people who see me for who I am and not what I look like.

My therapist once said to me that I could see the attention I get as a good thing. However, if it wasn’t because I’ve struggled through most of my life because of it, maybe I would.

Just because someone looks different from you, remember, they can have feelings of anxiety and fear too.

None of us is superhuman.