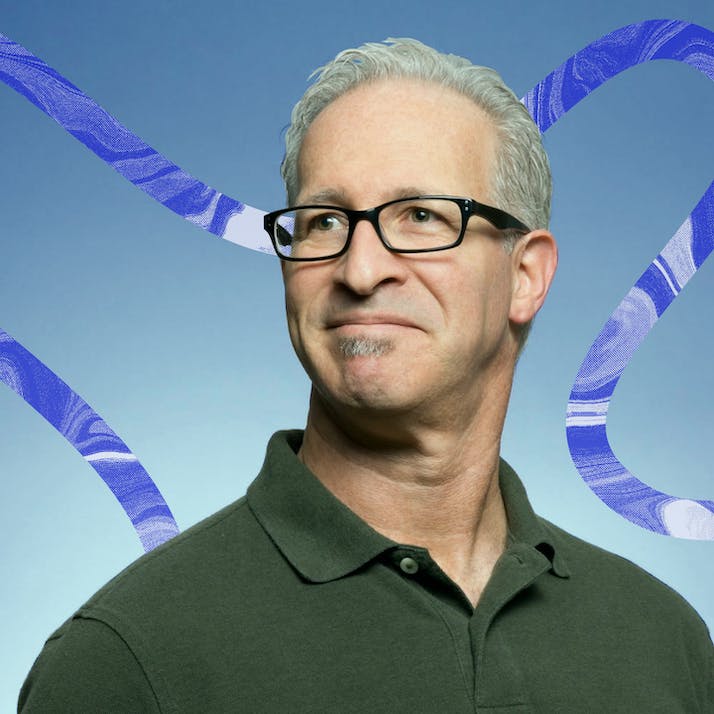 I'm a Cool Dad; It's Not That Cool

Sure, we let her smoke pot and be romantic. Still, it's not all that hip.

Growing up, I was asthmatic, poorly dressed, scared of girls and obsessed with Dungeons & Dragons at a time and a place where that was not in any way a social boost. Still, even the saddest social disaster has dreams of becoming less disastrous. It didn’t really happen in my teens (because of the scared of girls thing). Nor did it happen in early adulthood, as my artistic efforts of various sorts failed to impress anyone in particular. But even so, I thought my time was coming. If I couldn’t be a cool kid, or a cool young man, maybe, just maybe, I could come into my own as a cool dad.

And I did! I am the cool dad. I am Crispin Glover at the end of Back to the Future, but cooler because that movie thought being rich is what makes you cool, and since we are not rich, we know that’s not true.

There’s only one problem: Being a cool dad, it turns out, isn’t that cool. It’s kind of like being an uncool kid, in fact. You hang out over here, while over there someone has interesting parties to which you aren’t invited.

“”
No doubt some (uncool!) parents will be shocked.

My wife and I ended up as the cool parents via a few easy steps. First, though our house is tiny, our daughter’s room in the basement is large, so there is space to entertain. Second, we somehow, through the miracle of genetic recombination, created a daughter who is, in fact, cool and magnetic and beloved by her peers. All the cool queer kids (of which there are many) want to be wherever she is.

Finally, and maybe most importantly, we’re very committed to allowing our daughter her own space and privacy. This practically means we’re not closely policing either romance or cannabis use.

No doubt some (uncool!) parents will be shocked. (We can only speculate since we don’t hang out with uncool parents.) But in general, we figure that, especially for queer youth, encounters with the police are likely to be a lot more dangerous than encounters with a spliff. (My daughter was, in fact, the target of homophobic comments from police at least once.) It’s also easier to make sure everyone is vaccinated and tested if you’re holding a kickback at home than if you’re going out to bigger parties.

Along the same lines, sexual activity is probably safer in your own space where you can prepare than if you’re forced into inconvenient nooks and crannies and automobiles. When my daughter has a guest or guests, they know they’re safe while they’re here, and they know that they can get a ride home from me in a pinch. It’s safe. It’s the home of the cool parents. That’s us!

My daughter appreciates that her parents are cool. Her friends appreciate it too. Or so she tells us. We are dependent on her reports because we don’t have a lot of contact with her friends. Even when it’s just one or two guests, they don’t generally eat with us. Instead, my daughter surfaces like a skittish pizza badger, grabs the pizza and descends once more, amidst distant cries of “pizza!” We have been told the friends make much of the various fuzzy cats that visit. But again, this occurs out of sight, and the cats generally keep it to themselves, as cats will.

There are a couple of cheerful, extroverted acquaintances who will chat at us if forced by circumstance. “Thank you for welcoming me to your home again!” one said with impressive courtesy. Then they were gone, not so much like a thief in the night as like a teen who doesn’t really want to talk to parents.

“”
Maybe they were just making fun of me.

My daughter praised my musical taste when I was dropping a load of chattering punk musicians at various homes and public transport intersections after punk band practice. There was general acknowledgment that the Sinéad O’Connor album I was playing was OK. Maybe they all really liked the dad alternapop. Maybe they were just making fun of me. Maybe they were humoring my daughter because they like her. There’s no way to know because (again), they all pretty much avoid talking to me or my wife if at all possible.

The cool kids didn’t talk to me when I was an uncool kid and—with the exception of my own daughter, who, just by virtue of proximity, can’t avoid me entirely—they don’t talk to me now that I’m a cool dad. This is not exactly the cool dad fate I had imagined. I had visions of chatting with the youth about—well, Sinéad O’Connor. Or The Green Knight. Or the state of contemporary theater. And I have, in fact, talked to the youth about those things. Very occasionally.

For the most part, though, being a cool dad means specifically not forcing your child or their friends to deal with you. Parents have a lot of power in relation to young people. We’ve got the houses; we’ve got the cars; we’ve got the money and the ability to call in other, even scarier authority figures. If parents want to force kids to interact with them, they can. Parents can make kids eat at the table. They can search them for cannabis or alcohol or condoms. They can go down into the basement and stomp around and demand that you, and you, and you, pay attention to them for some period of time. And there are some parents who do all of those things.

My wife and I try not to, though, because we are aware that teens don’t want to hang out with parents. They do not want to sit seriously in some sort of sitcom plot and listen to elders dispense wisdom. Instead, they just want a little space to call their own in which they can be left alone. I’m a cool dad because I don’t force anyone to interact with dad (cool or otherwise) unless and until they want to know where to find snacks in the kitchen or whether they can get a ride home. In the meantime, I sit in my room reading, much as I sat in my room reading when I was a teen. Now my wife is there with me, though. We roll our eyes together when the ambient noise from the guests spikes and wave at our daughter when she every so often checks in. Which is, admittedly, kind of cool.