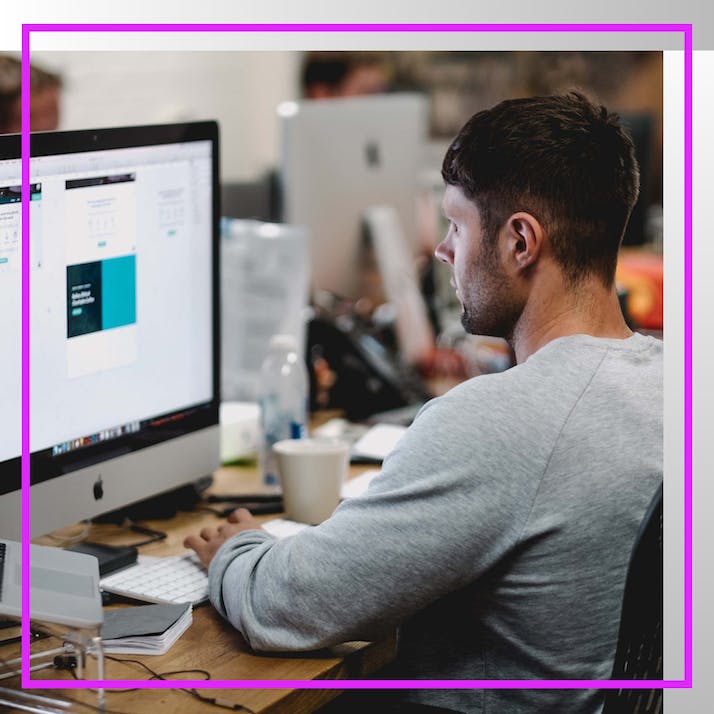 I Was an Illegal Unpaid Intern at a Liberal Art Magazine

Working for free doesn’t guarantee getting a job in a creative field.

“I don’t want to drag you away from those beautiful mountains to come and work for us!” chirped Natalie from her Zoom screen.

Natalie—a casually chic, intimidatingly cool woman in her mid-30s—was interviewing me for an internship role at the prestigious art magazine where she worked as an editor. I had answered her call from a hostel in the European countryside where I was staying.

Maybe Natalie diminishing the very opportunity she was offering me should have been a warning sign. Perhaps it could have been the first signal that the internship I was so enthused about was not as incredible a job offer as I thought. But how could I rationally evaluate my options when it didn’t feel as though I had any?

A New Job Would Improve My Self-Confidence

When I’d applied for the internship, I was immersed in a hillside lodge with a lake on my doorstep. But my beautiful surroundings did nothing to soothe how lost I was feeling. I had become unemployed during the pandemic, and traveling was a way to recapture what felt like my youth slipping away from my grasp the more I tried to hold on. Yet there was only so long I could stay on the road before my sense of directionlessness caught up with me.

I had begun casting around for jobs, and the fact that this internship wasn’t paid didn’t bother me. I had savings, and working for free felt like an integral step in the creative industry, one that career advisors had long told me would be necessary on the path to achieving my long-term goals.

There was also the incentive of boosting my mental health by taking on a new job. During this time in my life, my self-esteem was deeply linked to my career success. Getting this internship wouldn’t just be something to do—it would show the world, via my LinkedIn profile, that I was doing something.

“”
My self-esteem was deeply linked to my career success.

My Boss Was Dismissive of Our Ideas for Additional Projects

I began my internship optimistically. The staff was friendly and engaged; the top-floor office was spacious and light; my fellow interns were fun and enthusiastic. My responsibility was to organize the images for the print magazine, but my day-to-day tasks weren’t overwhelmingly time-consuming, pressing or riveting.

Another intern and I decided to pitch our boss some ideas for creative projects we could take on that would expand our horizons more than filling out spreadsheets or tidying bookshelves. We presented our plans: events with local artists that the magazine could host; citywide promotional campaigns for the upcoming issue. But my boss wasn’t interested in letting us do more than our job descriptions. Her dismissal of our enthusiasm felt disparaging—as though we were two kids who didn’t know what they were doing and were getting ideas above their station.

I resigned myself to giving my all in every element of the work required of me. When I finished the placement with the praise that I was one of the best interns they’d ever had, it felt like all my diligence had been worth it.

During my placement, friends and acquaintances sometimes made comments implying that the company was exploiting me by using my free labor. A mate once joked that I should steal some of the office’s expensive artworks to make up for my lack of pay. However, I’d never seen the terms of my employment that way. The internship felt like a step on the right path, a step I had desperately needed to take. The magazine’s staff was made up of several former interns, and I felt confident that working for free had been a necessary requirement for future employment. The internship had been a chance to get my foot in the door by showing what I was capable of.

Despite My Qualifications, the Magazine Refused to Hire Me

After I’d finished the placement, I realized by speaking with former interns that working for free was against the law unless you were a student. I’d presumed that unpaid internships were aboveboard—they were in the country I was from—but where I was living now, it was illegal to take on unpaid labor without it being a university placement. I was no student—just an unemployed graduate trying to get on the career ladder by any means possible. At this point, I felt angry: The art magazine that I devoted months of my time to prides itself on being liberal. Surely this label was a joke if their business model was built upon exploiting young people’s time?

The news that I had been working illegally left a sick feeling in my stomach. I wanted more than anything to make my internship worthwhile, to prove that I hadn’t simply been wasting my time. When the magazine advertised that they were hiring, I was first in line to send over my CV, along with an enthusiastic cover letter emphasizing how happy I would be to once again be part of the team.

What surprised me was how quickly the rejection came. Not 24 hours after I’d submitted my application, my former boss wrote to me with a faux-friendly how-are-you-it's-been-so-long tone. Her email was pretty to the point: She told me in not so many words that I was underqualified and there was no way in hell I could do the entry-level role they’d been advertising.

The rejection cut deep and affected my self-esteem at a time when it was already dangerously low. I spent the next few months attempting to progress my career through other job roles and freelance work. Eventually, one year after I’d begun working for the company, another job opening came up. This time, I felt quietly confident: The role description shared many similarities with tasks I’d done during my internship. By now, my CV had broadened with some impressive relevant experience. Surely this time, they would see how qualified I was?

When I wasn’t immediately rejected, I held out hope that this time, they were taking my application seriously. But when two weeks went by without a response, I sent a follow-up email. My former boss replied instantly, informing me that she’d made a shortlist and I wasn’t on it.

This was the moment in which I instantly knew I wanted nothing more to do with the company. I doubted they had even looked at my updated CV and noted all the impressive career moves I’d made since working for them. I was forever ingrained in their minds as an enthusiastic intern, ready and available to do all the menial work for free, but never deserving of the respect to be paid for my time.

I remember how excited I had been when I was first invited for an interview. I could not have predicted the extent to which my self-confidence would be degraded by months of having my time, labor and abilities disrespected.

“”
I realized by speaking with former interns that working for free was against the law unless you were a student.

I Know I Will Reach My Career Goals

The one thing this experience gave me was the need to believe in myself all the more. I’ve now realized that I don’t need a professional LinkedIn job title to show the world I’m thriving—in fact, hiding behind people’s outward profiles of success probably lies a very different story. Knowing this provides some comfort when I come across people my age whose career trajectories mirror what I had always envisioned for myself but, so far, haven’t achieved. I try to remind myself that I will reach those goals, just in my own time.

I haven’t accepted unpaid work since my internship ended. Having my job applications rejected was the ultimate indication that giving up my time for free was no guarantee of securing a future opportunity. The only thing I can be thankful for is the lesson I’ve learned: I’ll never work for free again.