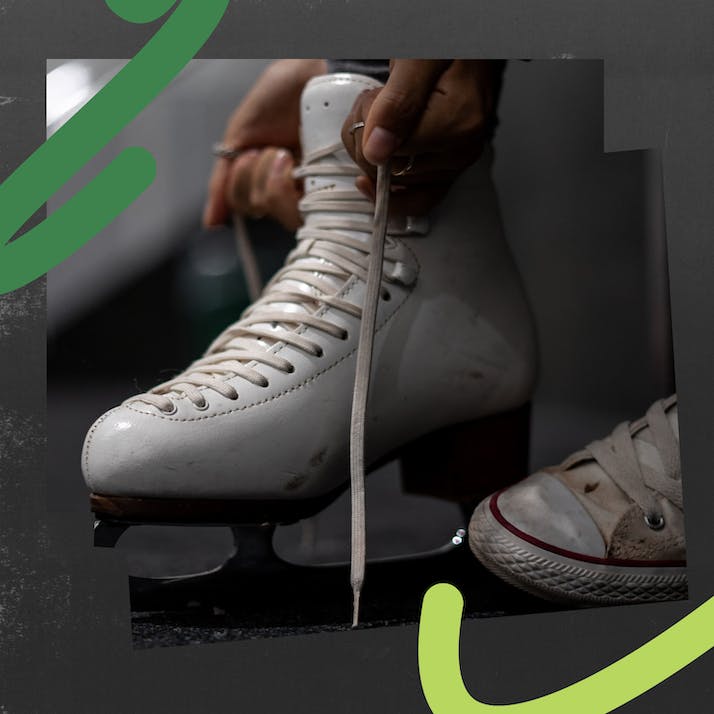 I used to dream about going to the Olympics. Now, I’ve outgrown the sacrifices I made.

I first tried figure skating when I was three. I’m told I loved it immediately. As it happens for other people, and in other sports, all was fine and casual for a couple of years. But by age six it was clear that this was more than just recreation for me.

In elementary school, I trained every day after school. By middle school, I was training before, after and sometimes in the middle of my school day. In high school, skating drove my entire schedule and fully defined who I was—or so I thought. And I had a more “normal” existence than most young figure skaters, who by their teens have usually transitioned by homeschooling to allow for maximum training time and flexibility. Not to mention, almost all of them choose to train full-time after high school, delaying college until their skating career is over.

I am so thankful I had parents that pushed me to go to college and live on campus, even if that’s not what any of my competitors were doing. I admire Nathan Chen for doing the same and paving the way for other skaters. (If you don’t know him, look him up and be amazed.)

Am I ever going to the Olympics? No, I am not. Was that once my goal? Yes.

It was a lifelong dream, but it was never my only one. Aiming for the Olympics consumes you. Rationally, you understand that there will be life after the Games, but it’s not something most athletes actively prepare for. And it is not something that our associations help us prepare for. Let's just say it: Their only concern is making money on athletes in their prime. What happens after is your own problem to figure out.

“”
I have been skating for longer than I can remember—literally.

Becoming a Figure Skater Is Equal Parts Give and Take

I often ask myself, is the reason I never made it to the Olympics because I had goals beyond my sport? Because my parents and I fought to keep some normalcy in my life? Maybe. But as with everything, we make choices. The funny thing is, I think I’m only now able to appreciate the choices that I was making. Now that I’m retired, on the outside looking in, I see it all: the choices, the gifts and the sacrifices.

Not All Memories of Figure Skating Are Good Ones

Gift No. 1: I have been skating for longer than I can remember—literally. Some of my first memories are of standing under show lights as an audience of 400-plus people cheer for me, or standing on top of a podium holding a cereal bowl-sized trophy. Those feelings of joy will live in me forever.

Sacrifice No. 1: I also vividly remember thinking to myself, “Maybe this is just baby fat that I can grow out of.” I feel guilty, or maybe even dramatic, writing that but those feelings just prove how normalized talking about weight loss is in our sport. The only time in my career that I remember being told I looked good enough was when I was dealing with severe health issues. I was so thin and tired I couldn’t make it up a flight of stairs—and yet people said I looked great. I often wonder about the dichotomy of skating because I barely understand it myself. How can it groom such confidence alongside self-consciousness? These early memories are just the beginning of the internal war that sustained me through my career.

Traveling to Compete Came at a Price

Gift No. 2: From my earliest competitive days, I was lucky enough to get to travel for competitions. As I got older, the places I traveled to got further away. By high school, I was traveling around the U.S. and to France and Canada, all to represent my region and country. I learned to manage my academic commitments while traveling. I learned to be professional, and what it means to represent something bigger than you. I made lifelong friends and was teammates with people from all different backgrounds. I became a role model for younger girls. None of this would have been possible without skating.

Sacrifice No. 2: To qualify for these events, training was a lifestyle rather than just something I did. It controlled when I slept and what I ate, and was behind all the times I had to say no to doing something with school friends. I remember being heartbroken when they finally just stopped inviting me. In college, it was at times the same story, and post-graduation it meant putting off my professional career to train full-time. These are the things that I chose to give up, but at the time they didn’t always feel like choices.

Chasing Perfection Is the Ultimate High

Gift No. 3: Do you know what it feels like to fail a million times and finally succeed? That’s the high that every athlete chases. To learn a new element or to prepare for a competition, I would fall thousands of times onto concrete-hard ice, with no pads. But when you put in the work, the results will follow. There is simply no better feeling in the world than landing an element for the first time or nailing a program at a competition. It is immediately and irrevocably instilled in you the reward of perseverance. It is to me the most powerful feeling and a lesson that defined who I am as a person. Nothing can compare to the feeling I get inside when I skate. It is the pure feeling of freedom, pride and success.

Sacrifice No. 3: I don’t have one. Of course, there are more sacrifices, ones that I still must deal with even though I’m now retired. But nothing can compare to the feeling I get inside when I skate. It is the pure feeling of freedom, pride, and success.

“”
I’m so lucky to have had the opportunity to chase my dream and truly dedicate myself to the thing I love.

Life After Figure Skating Is Just as Important as During It

I’m so lucky to have had the opportunity to chase my dream and truly dedicate myself to the thing I love. So why move on if I’ve yet to accomplish my ultimate goal? Simply put, the sacrifices no longer felt worth it. The pressures of the things I had given up, without me realizing it, were creeping their way into the light. When you are in it, you don’t feel the sacrifice or recognize the choices. You know they’re there—they’re just simply a way of life, part of what raised you. But like a light switch turning on, I suddenly, truly felt them. And so I decided I am ready to love myself, rather than just the sport. I am ready to reach for goals beyond the Olympics: leisure with friends, starting my career and eventually starting a family.

That was the hardest decision of my life. I had a dream and wholeheartedly believed in myself. There’s a part of me that will always feel I did not achieve. But there’s more to success than the Olympics. As the wisest woman in my life once told me, “You will always love skating. You’re not giving up—you’re growing up.”