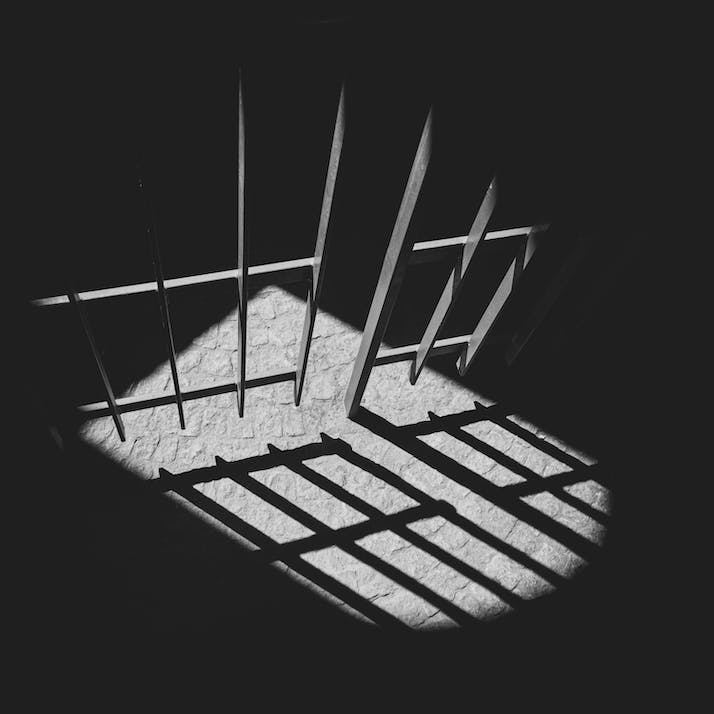 In these kinds of facilities, children—often impoverished and without parents—have been dealt a tough hand to play.

When he first arrived at the juvenile detention center, Mr. Murphy felt all the inmates deserved to be behind bars. I didn’t think he would last a week as one of our counselors. After all, he remarked, they were just a bunch of mutts and knuckleheads that society wanted out of sight.

This newest member of our team wasn’t shy about expressing his thoughts about the young people we dealt with on a daily basis. “They should be off the streets and out of our neighborhoods.”  Even though they ranged in age from ten to 18, Mr. Murphy insisted they were “wannabe criminals in the making.”

Clearly, this gentleman needed a tutorial and some counseling of his own.

As the senior member of this social services department, it was my job to take the new recruit under my wing, show him the ropes and offer help and advice. Many nights we would discuss the residents, one by one, so as to familiarize him with each one’s unique problems, whether it be at home, at school or on the street. As the weeks went by, Mr. Murphy began to make a stunning discovery. These inmates, mutts and knuckleheads were not all bad kids. Oh, sure, there is always that one or two with no redeeming social value, unfit to be placed back into society. But for the most part, they were youngsters who were dealt a tough hand to play in this game of life.

“”
After serving their time in our facility, these boys and girls are released back into the exact same environment that sent them to us in the first place.

Since we worked the evening shift at the detention center, I gave Mr. Murphy a glimpse of how visitation goes every Tuesday and Friday night between the hours of 6 p.m. and 8 p.m. He was about to see one of the biggest problems these kids faced. Although a few parents occasionally showed up to visit their offspring, fathers almost never did. Usually it was their mother or the girlfriend or boyfriend of the resident.

I remember the time a father did show up on a Tuesday evening. An armed guard and I greeted him at the door. We could all tell immediately that this man reeked of alcohol. His excuse was that he had put some cooking sherry in his beef stew at dinner. Of course, he was refused entry and was told he would be welcome to visit his son when he was sober.

He was never seen again.

His 12-year-old boy had watched the whole thing from the holding room nearby. As I told him this story, I was beginning to see a little empathy in Mr. Murphy’s eyes. He realized that it was important to explore and understand where these youngsters were being raised and by whom. What would make a 15-year-old boy think himself to be “cool” and a “real man” because he had impregnated his girlfriend? It makes you wonder what kind of a life that little baby will have. But, you see, these boys and girls actually believe that what makes them an adult is what they see on TV and learn on the street.

All inmates in the detention center are required by law to attend daily educational training. Classrooms are set up with qualified teachers, but there is always that ever-present guard at the door. Whether they learn or not is another matter. Some, with help and individualized tutoring, will receive their GED with hopes that this will pave a path to a stint in the Army or Navy, and perhaps a chance at a decent future. They find that someone really does care about them and are willing to help them.

Others, however, won’t learn that lesson as quickly. After serving their time in our facility, these boys and girls are released back into the exact same environment that sent them to us in the first place. Lack of parenting, drugs and poverty are all culprits that make up their lifestyle and practically guarantee that they will be sent back to us. It continues generation after generation. This cycle must be broken.

“”
As we pass through and leave this world, we can and must make it a better place than we found it.

Leaders Must Provide More Resources for Children Who Need Help

All children deserve a bill of rights that includes food, shelter and clothing.

But another right should be that they all have someone, preferably an adult, who truly loves them and cares for them, and who helps them get on the right track in life. Mr. Murphy and I, and yes, even you, have an obligation to these kids to save them from themselves and their environment. The very fabric of our society is fraying and it is up to all of us to demand from our leaders help, action and recognition of this horrendous problem.

Political leaders must help with economic issues. Religious leaders must stress the need to strengthen the family unit and our teachers must be given the means to educate and empower our young people. There needs to be more guidance from our counselors and role models. These are our children and they deserve better.

As we pass through and leave this world, we can and must make it a better place than we found it. Mr. Murphy has, and you can, too.