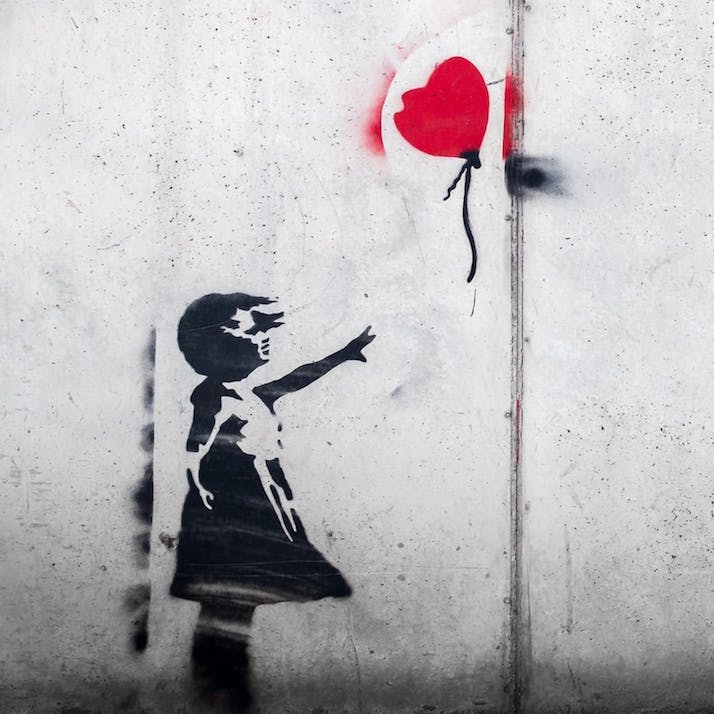 A young woman shares the details of a traumatic experience, and how she emerged from its wake to help others like her.

When I was young, I thought sex trafficking was how it looked in movies: young children being snatched from their beds at night, or while waiting for the bus stop, never to be seen again. I didn’t think it happened right in front of our eyes, every single day. I certainly didn’t think that it could happen to me.

My childhood was far from perfect. My father was absent; my drug-addicted mother left me on my own the day I turned 18. Taking on the world alone for the first time in a new city can be hard, especially when the bills begin to pile up and the debt collectors won’t stop calling. I met a man through Craigslist who said he could be my sugar daddy and help me with my financial situation. I’d dabbled in being a sugar baby before, so I thought: no big deal.

Within a week of our first contact, the man from Craigslist was in a car driving from Dallas to Austin to pick me up for the weekend. When he arrived, he was clean-shaven and well-dressed. He was also accompanied by another woman who appeared to be just a few years older than me. I reluctantly got in the car with them, despite my instincts telling me otherwise, and headed to Dallas, where he said he had “friends” whom I could meet and make a little extra money for the weekend.

“”
I certainly didn’t think that it could happen to me.

I Thought He Was My Sugar Daddy; He Turned Out to Be My Trafficker

When I arrived, everything seemed normal. At first, we all hung out at a fancy hotel downtown and got to know each other. The man never made a pass at me, or even seemed to be flirting, which I felt was odd, considering the circumstances. Eventually, I fell asleep alone.

The next morning, they brought me to a dingy studio apartment across town. That’s when my nightmare began.

He woke me up around 8 a.m. He said his friend was on his way to meet me, and that he didn’t have much time to explain, but if I didn’t want to do it, I didn’t have to. I said I’d do it. Within the hour, a strange man was standing in the room, and it finally clicked in my head what was happening. I panicked and asked the man to leave, then burst into tears. I called the man from Craigslist, who I didn’t realize yet was now my pimp, and told him I simply couldn’t do it. He calmly told me everything was fine, and that he’d be headed up to check on me. When he came in, he immediately hit me across the face so hard my lip bled.

My beatings continued for the next three days as I was held against my will, blindfolded and handcuffed. My clothes, phone and money were all taken from me. I was naked, blinded, bound and so, so afraid. For three days, the man from Craigslist raped me repeatedly as I cried and begged for my life. He licked the tears from my face and told me he liked it better when I cried.

At one point, a straw was stuck into my nose. I couldn’t see, but I was told if I exhaled and “blew it off of the plate” that I would be hit. So I inhaled, unknowingly beginning what would become a long battle with heroin addiction. For the remainder of my time with him, he fed me drugs in order to keep me obedient and dependent.

Eventually, I was let free. What I didn’t know was that this was only the beginning, and I wouldn’t actually be free again for a very long time.

The Life of a Trafficked Woman

After that first incident, I tried to get away, but he knew where I lived. He found out my mother’s address where my siblings also resided. He showed up at my place, asking my roommates where I was. I grew so afraid of him hurting me or my family that I did the unthinkable and went back. I was given an apartment with another girl who worked for him and that is what we did—worked—every day for eight or ten hours. When our shifts ended, he was there to collect our money.

Eventually, he started sending us out to places like grocery stores and bars, looking for girls who might be interested in “modeling,” as we were told to say. Once we convinced them to meet privately, he’d step in and take over. If there’s anything I’ll never forgive myself for, it’s getting other women involved in the same situation that was killing me.

The abuse continued on through this time, and I began withering away from all the drugs. I was less than 100 pounds at one point, and I could barely stand to look in the mirror.

One day, he tried to kill me over a lost bag of drugs. I wasn’t sure where it was, but he swore I was stealing from him. He chased me around my apartment punching me, throwing me and eventually shoving a rolled pair of socks in my mouth so I couldn’t scream as he attempted to choke me to death. By some miracle, my downstairs neighbor heard the commotion and she yelled up at us that she’d called the cops. He ran out of the door and left town for a while.

The very next night, my roommate decided she’d had enough of pain, and committed suicide by jumping off a freeway overpass. I lost my apartment and all of my belongings, as it was under her name, so I left town and disappeared.

“”
I began using my pain and my experience with body image struggles to help other women.

Eventually, after suffering through heroin withdrawal, getting sober and the constant nightmares of what had happened to me, I made peace with what had happened. It was a beautiful feeling when I was finally set free. I’d spent so long being told that I was worthless, and that no one could ever love or respect me. It was only after I‘d reached the lowest of lows that I could finally see the highs too. This was my life, and there was still so much left to live. I couldn’t let anyone take that from me.

After that, I began using my pain and my experience with body image struggles to help other women. I now operate a photography business that focuses on helping women love their bodies for what they are. We all need someone on our side, a voice to tell us that we’re doing just fine. Sometimes I feel that if someone had just been there to tell me it was okay to love myself and put me first, I would never have ended up in the situation I did.

I don’t regret a single thing about my life, because it’s made me who I am. But I do wish for all women to know how beautiful and worthy they truly are. My goal in life is to help each and every woman feel that about herself. That’s what will keep me pushing forward. I will rise and be resilient.