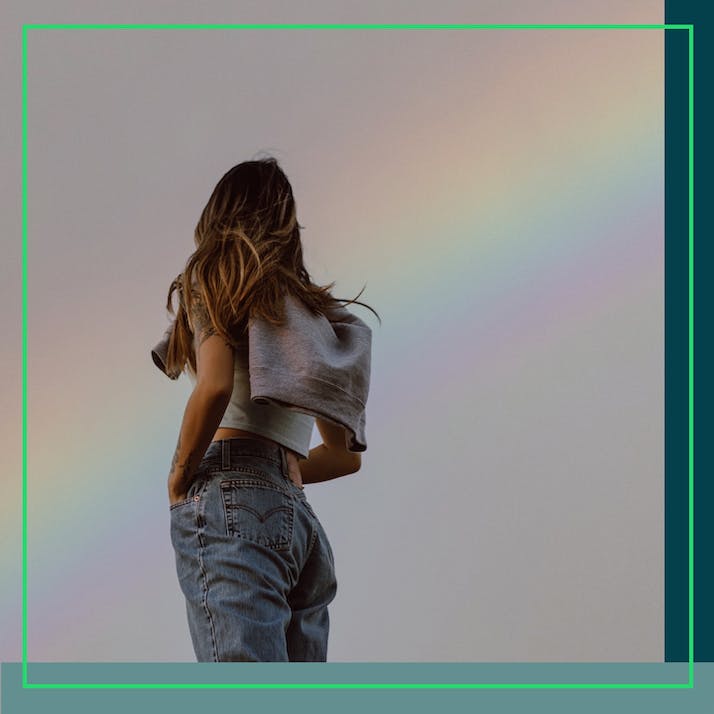 I Was Homophobic Until My Best Friend Came Out to Me

We can't let one person shape our entire experience with the LGBTQ community.

Going to secondary school in Pakistan, I never had much of an idea of what LGBTQ meant. The topic was taboo, and discussing it openly was frowned upon. I inadvertently found out what LGBTQ meant when I made a new friend in eighth grade.

Her family had just moved back to Pakistan from Houston. She had spent the majority of her life in Texas, barring a few summer vacations in Pakistan. She was quiet and had a somewhat brooding nature, so no one would really talk to her because she was “weird” and mysterious. I have always made friends with oddballs and anomalies, and she definitely checked all the usual boxes. My curiosity got the better of me, and I really wanted to figure her out. It helped that she was neighbors with one of my closest friends, and I took it as a challenge to get to know her.

Pretty soon, however, I realized she had deep-seated issues related to substance abuse and depression. I am a psychologist now, but even then, I had this obsession with fixing people, so I tried to help her out. Our friendship quickly escalated because of the time we were spending together, and we were soon inseparable. But, in hushed whispers at school, I began hearing rumors about her taking an unusual interest in me. Initially, I ignored it.

“”
Because my first encounter with an LGBTQ person was so problematic, I became homophobic.

Our Friendship Became an Obsession

We would talk for hours in school and, later on, over the phone. This was standard practice for all my friends, so I didn’t find it strange. But I did notice that time and again, she would find reasons to bump into me or "accidentally" touch me. She also started doing things that made me hesitant, like parking her car in my apartment building and keeping tabs on where I was going with my family over the weekends. I cut her some slack since she didn’t have many friends, so I thought maybe she didn’t really understand how friendships worked. She was also friendly with my younger sister, who studied at the same school.

Years later, my sister told me that she’d once asked her to film me while in the shower, which I obviously found concerning. However, at the time, I was in the dark about her unusual demands and kept my friendship with her afloat. She also had a habit of giving me expensive gifts, like branded perfumes, an iPhone and a digital camera. Of course, I politely refused all these gifts.

After two years of living in Pakistan, she moved back to Houston. She then wrote me a long email to confess that she was a lesbian and had romantic feelings for me the entire time we’d been friends. This made me see a lot of the strange incidents during our friendship in a different light, like how she would constantly bump into me or pull me into the water during swimming classes just to “accidentally” touch me.

I felt betrayed and harassed. To make things worse, I learned that she’d been stalking me while she was here. I immediately cut off all ties with her, which was easy since she was now on a different continent. Because my first encounter with an LGBTQ person was so problematic, I became homophobic. Specifically, I developed a deep mistrust of lesbians.

“”
My view on the LGBTQ community radically changed.

A New Friend Changed My Perspective

Cut to four years later. During my A-levels, I made a best friend who was also a tomboy. We bonded over similar interests, like Harry Potter and basketball. I had told her about my unpleasant experience with my childhood friend, and she had expressed her sympathy. A few years later, she moved to the U.K. That’s when she, too, decided to come out to me. My initial reaction was feeling betrayed.

For a while, our friendship was rocky. I told her I needed space while she, having a history of abandonment issues, begged me to not let this affect our friendship. After about six months, my rage subsided. I realized that the issue I’d had with my old friend was not so much her sexuality but how she chose to hide it while harboring romantic feelings for me. It felt sneaky. In this situation with my new best friend, I realized I was mostly projecting that old betrayal and anger that I hadn’t gotten a chance to express before. I finally realized that I was letting my past affect my present.

My friend was generous enough to forgive me after I explained how the exchange had stirred up old emotions. She educated me on how difficult it was for her to muster up the courage to come out to me because she knew my history. My reaction was exactly the one she was dreading. I felt awful, but after many apologies, we decided to work on our friendship and give each other space to learn and to grow.

I Realized My Aversion Was to a Person, Not Their Sexual Preference

Once I saw her struggles up close and realized our friendship didn’t have to suffer, my view on the LGBTQ community radically changed. It took some soul-searching, but I knew that my negativity was not toward all LGBTQ people—just the one person who had chosen to manipulate me. Even then, I hated her actions, not her sexual preference.

Having to relive my first LGBTQ friendship experience, but this time with someone who was kind and patient and mature, allowed me the space to grow. I learned to separate my personal history from my present experiences, and I am a different—and more accepting—person because of that.