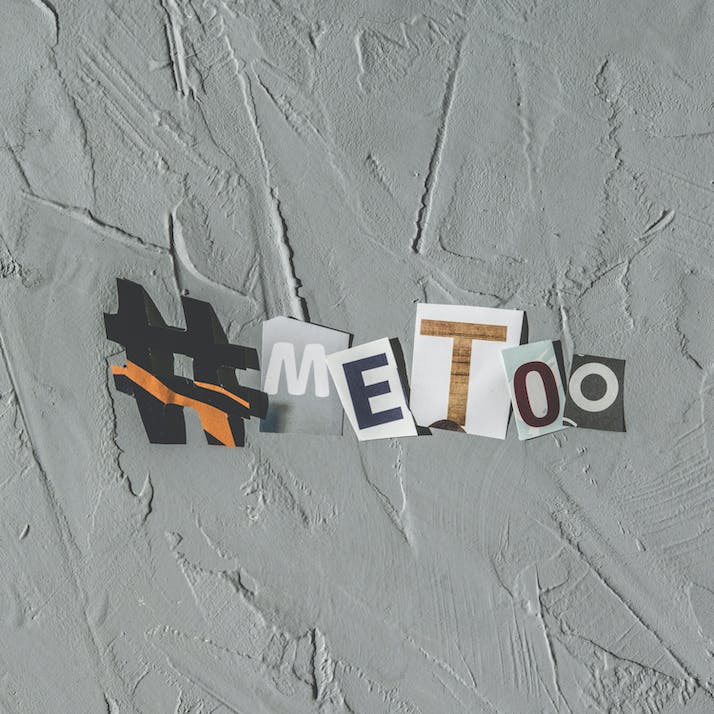 Me Too Behind Bars: I Was Constantly Abused by Prison Guards

The author details decades of abuse at the Central California Women’s Facility.

I am a gender nonconforming organizer who spent over 15 years in prison at the Central California Women’s Facility, and I never knew that when I got out I’d be able to be an advocate. I fight for #MeTooBehindBars, so queer, GNC and trans people who face ongoing harassment in prison and on the streets don’t have to battle alone.

When I was incarcerated, I was constantly abused by the guards.

Everyone who looks like me was. Torture, harassment and threats of rape became a part of my daily life. I didn’t even tell my family what I was going through, because I didn’t want them to have to live with the pain of knowing I was being tormented that way.

I Was Tortured for Being Gender Nonconforming; It Almost Killed Me

The most violent incident came during the 14th year of my sentence.

Some friends and I were tortured by guards for 11 hours. They stripped us down to make fun of our naked bodies. Once we were naked, they made us grab our ankles and cough. It got so bad that I hung myself to make it stop.

They did this to us because by then we had started keeping track of their harassment, trying to log everything. The guards caught wind of our efforts to stand up for each other and came after us.

After this incident, I finally decided to tell my family what was going on. They called a friend of mine, who called someone from the California Coalition for Women Prisoners. Right away, I got notice that someone was coming to visit me. I hadn’t even been able to see a doctor yet to get my injuries from the assault checked out. CCWP got funds together so my family could fly up from Los Angeles and see me. I had a visit three times a month after that. Before that, I’d probably only had 10 visits in 15 years.

“”
It got so bad that I hung myself to make it stop.

The Prison Found New Ways to Punish Me, Year After Year

For five years I couldn’t have visitors at all, as punishment for a criminal charge the prison put on me. Masculine-looking people like me catch more cases in women’s prison than anyone else. I was always accused of something, and they always had new ways of punishing me. Isolation and deprivation were only part of it. On top of having visits taken away, I also had my access to the law library suspended, and had phone calls and other privileges revoked.

One of the guards’ favorite torments was to put us in dresses and walk us across the yard because they knew we were uncomfortable in dresses and would be humiliated. They wanted to show you that in their eyes you’re only a woman. They bent us over and said things like, “So you think you’re a man? I’ll show you what a real man is.”

That prison is very powerful. They tried to control every aspect of our lives. They mocked us and cursed us out. It’s almost like part of their job description is to make you feel small. They were always watching us, too. If you stepped out of line, they got you.

When a friend of mine lost her son, I reached out to hug her and was accused of overfamiliarity, which is prison terminology for being intimate or romantic. I just wanted to comfort my friend, and was sexualized and criminalized as a result.

If you fight back, they told you to calm down, and said stuff like, “Do you really think you could get my dick hard?” It may sound extreme, but it happened to all of us.

There are so many people suffering, but we can’t help them all. There are 4,000 people in the Central California Women’s Facility alone. Hundreds of them are trans or gender nonconforming.

The Abuse Doesn’t End When Your Sentence Does

We experienced violence at the hands of authorities before we were in prison, while we were in prison and after we’re out. Parole officers do it and so do cops. They can pull us over at gunpoint whenever they want to, just because of what we look like and who we are. My whole life it feels like I’ve been surveilled.

And we are. They’re always watching us.

Outside, those of us who went through violence in prison try to meet up and have our own healing circle. We talk about what happened to us inside that place. It’s hard. Some people aren’t ready to say it out loud. It still helps to listen, though, and to be around each other.

What we want more than anything is for more people to actually care about what we’ve been through. We know we aren’t going to change the culture of that place: It’s prison and we know there’s no fixing it.

But we hope the #MeTooBehindBars movement can be the beginning of something. Because when you’re alone in there, and you’ve come forward or made the choice to be a whistleblower, the retaliation can be unbearable. It feels like you aren’t going get out, like you’re either going to die inside or stay forever.

I thought I’d never leave. I did finally make it out, though. And I want folks living through what I did to know that they can too.