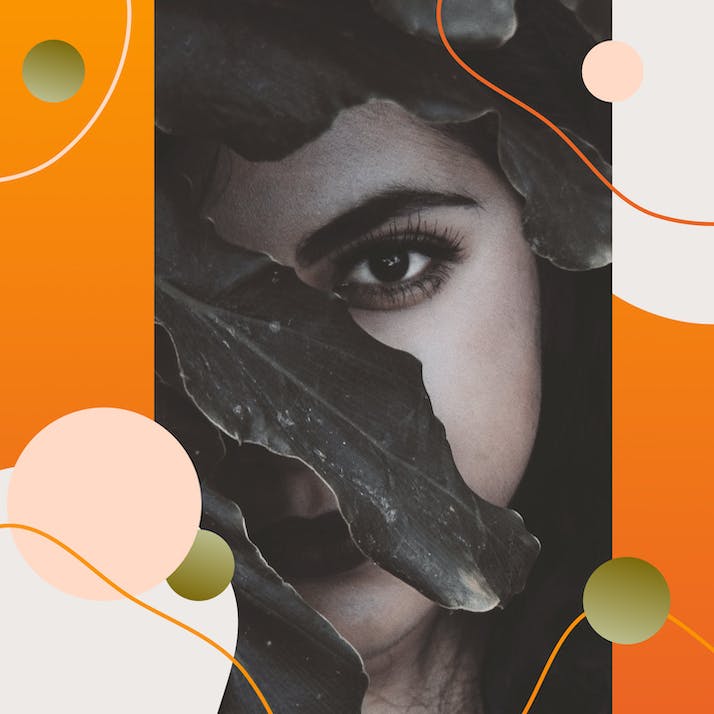 I Tried to Hide My Pakistani Heritage for Too Long

Growing up post-9/11, my fear made me other myself.

September 11, 2001, was merely 31 days before my fifth birthday, yet it was one of the most impactful days of my life.

Though I spent America's most tragic day innocently playing with dolls in my backyard, the days that followed left me, the daughter of a white mother and a Pakistani father, with an incredible burden that I carried for nearly two decades: the fear that my heritage symbolized terrorism. I don't remember the exact moment I came to this understanding or how it all unfolded, but I soon realized that many Americans, including those in my own family, were afraid of people who looked like me and came from the same part of the world as my dad.

Soon after, I began to fear that simply my existence as the daughter of a Pakistani immigrant was somehow shameful and dangerous. My last name was feared as much as the crumbling of the Twin Towers, and my olive complexion, dark hair and the religion my dad practiced personified the word “terror.” I suddenly believed as though my innocence had been marked with an indelible black stain and that my presence was something for which I had to apologize.

“”
I soon realized that many Americans, including those in my own family, were afraid of people who looked like me and came from the same part of the world as my dad.

I Was a Kid Struggling With Very Grown-Up Issues

I spent much of the next two decades trying to find a way to remove that stain. While much of this was done through striving to be responsible, kind and accommodating, I also wound up othering my own heritage and family in hopes that I could distance myself from the shame. Because my parents had divorced two years earlier and I lived with my mother, this wasn’t hard. Society viewed my dad's family, our name and our physical traits as the enemy, so in the great us-versus-them battle, I often chose the fearful, white “us” over the scary, brown, Muslim “them.”

To protect myself from feeling the sharp pangs of racism, the first person I had to lie to was myself. At the time, my preschool teachers had nicknamed me Princess Jasmine, but I feared that no one would accept me until I could be seen as Snow White. Thus, the erasure and whitewashing of my identity began. As I grew up over those next few years, I began telling myself untruths:

“It's only my dad who is Pakistani. My mom is white, so I'm not that bad.”

“My skin only gets dark in the summer, so maybe people won't notice that much.”

“At least I was baptized in a Catholic Church, and I even made my First Communion. I've never even set foot in a mosque!”

“I don't see my dad that often, so my friends and teachers don't even know him. They could easily assume that I'm my step-dad's daughter.”

My Shame Led to Alienation

Eventually, the lies I told myself became lies that I told others too. For almost 20 years, I thought if I clung to only half of my identity, the “favorable” half, I would be accepted instead of feared. And it largely seemed to work. I mostly felt like I fit in and that I wasn't the enemy. Of course, there were the first days of school when I'd shrink up inside when teachers asked me to pronounce my last name or times in random public places when a stranger would look me up and down and ask me where I came from (and then eye me suspiciously when I answered that I was born in the United States). Those were the times when I was reminded of my otherness and how shameful it felt.

Mostly, I felt safe, though. While my dad, like many South Asian Americans, was questioned by neighbors and stopped at airports, I battled racism in the form of smiling through the uncomfortable microaggressions uttered at me. Racism and shame were still present in my life, but as a lighter-skinned person of color, I was able to protect myself from a lot of that pain by silencing my true identity.

But then there were times when I realized that I had guilt for concealing my true self. For example, when my dad learned I was going to have a First Communion, he asked me if he could enroll me in classes to learn about Islam as well. I refused. (Although in retrospect, I now realize that was too big of a decision for an 8-year-old to make.) Then, there was the time in middle school when we had to write about how our parents chose our names and if we were named after anyone. I lied, saying I didn't have anything to write about, because I knew that my first name had special meaning in my father's native language of Urdu, and it was a derivative of my paternal grandmother's name. And then, every year on my birthday, a wave of guilt would wash over me when my dad's family called to wish me a happy birthday, and I would remember that I barely knew them.

“”
I am no longer ashamed of who I am, but I am ashamed for denying it.

Reconnecting With My Pakistani Family Helped Me Reconnect With Myself

It wasn't until my college years that I truly began to grieve the weight of all I had lost. My dad asked me to come with him to my cousin's wedding in Canada, and reluctantly, I agreed to go. Because I hadn’t seen my cousin or anyone on my dad's side of the family in 10 years, I assumed they probably wouldn’t even care that I came.

I couldn't have been more wrong. I was greeted with smiles, hugs, the best food and friendly conversation. It was then that the striking grief and loneliness set in, for I realized I had isolated myself from a very loving half of my family and had distanced myself from a beautiful culture. At home, I was accepted by a white community, but I realized that although they loved me, they only loved the half that I presented. This side of my family loved me—all of me—and I had shut them out for so long. I finally realized that while writing this narrative that I was only "half" Abbas, I erased the parts of myself that made me feel truly whole.

In the past several years, I have developed new feelings of guilt as I now recognize the prejudice I harbored for many years. I am no longer ashamed of who I am, but I am ashamed for denying it. I now know that in an effort to minimize oppression for myself, I allied myself with the oppressor. I no longer want a stain remover to erase who I am, but I wish I could erase what I did for so long. However, where shame and prejudice once lived, new seeds of curiosity and courage have been planted. I now have the curiosity to learn and the courage to unlearn the beliefs that rooted me in fear, ignorance and loneliness for so long. While I will always live with regret about how I lived for two decades, I am also determined to rediscover the half of myself that I once silenced.