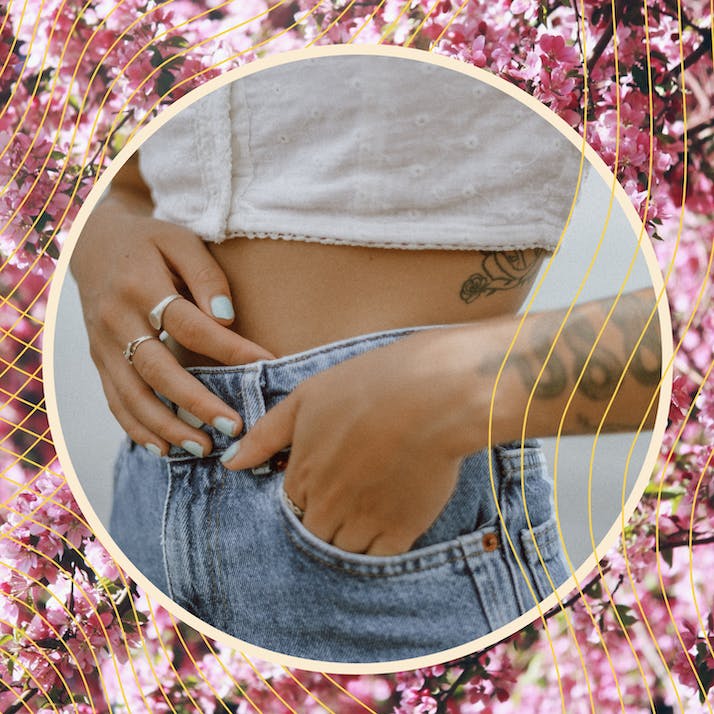 I Support the Right to Have an Abortion, but I Deeply Regret My Own

When I became pregnant with my ex-boyfriend’s baby, I knew I couldn’t support it without him. The decision still stings.

I stood staring at the stick, re-reading the instructions as if they might suddenly have changed since the last three times I read them. It didn’t matter which way I squinted.

“I’m pregnant,” I said out loud in my small bedsit. I looked around at the single bed, the armchair, then the sink where the tap didn’t produce hot water (the landlord had given me a kettle to boil water). My eyes stopped at the door leading to a toilet, which was the same size as those you find on trains or coaches.

I would have to move out, find a better place. How? I didn’t know. My relationship with the baby’s father was on-and-off and we were currently in an off phase. I was still on the pill the last time I had sex with him before that particular breakup. I was 27, but wasn’t as emotionally mature as some other 27-year-olds. I’d had a few relationships, but didn’t know that when I was sick that could have affected the pill working—or more to the point, not working.

Even though I had never managed to hold a job down for more than a few months, there wasn’t a doubt at that moment about keeping the baby. I just didn’t know anything beyond that, like how I would look after a baby. Looking back, I wasn’t in the right place or frame of mind to do what was needed to take care of a child.

“”
I know I should have been stronger, but doubts set in and I became less certain of how I felt.

Nobody Plans to Have an Abortion

I told my ex, and he accused me of making up a pregnancy to win him back. When it finally sank in I was telling the truth, he was adamant I should get an abortion.

“I’m keeping it,” I told him by text, as he refused to take my calls. “You don’t have to be involved in the child’s life.”

That wasn’t enough for him though. He didn’t want a child tracking him down and turning up on his doorstep 18 years later. I tried to stick to my guns. I know I should have been stronger, but doubts set in and I became less certain of how I felt.

I never opposed anyone’s right to have an abortion, but I didn’t think it was something I would choose for myself. I suppose that’s the point. Nobody plans to have an abortion until they are faced with the prospect of an unplanned pregnancy that they are completely unprepared for.

My own childhood wasn’t ideal. I’d never wished I hadn’t been born, but my dad was violent and my mom stood by. We lived on a council estate and I was bullied at all the schools I went to. The more I thought about it, the more I felt the so-called cruelty of aborting a baby before it became a living being was kinder than bringing a child into a world where it might suffer in all the ways I had. I also wanted my ex to help, and without his support, I didn’t see how I could provide for a baby. I thought there was something wrong with me, and he only fueled that by treating me like I was lazy, as though I didn’t want to achieve anything in life.

I’ve only recently discovered I’m an introvert, and that it means I work better alone, and can only handle social interactions in moderation. There is nothing wrong with me, but I need a different kind of work environment from other people. My ex wasn’t prepared to try to understand that.

I’m Lucky Abortion Was an Option For Me

If abortion had been illegal where I lived, I would have had two options: Bring a child into the world, despite not being capable of looking after him or her at the time, or get an illegal abortion at a place without proper monitoring. This could have damaged or even killed me.

I realize many anti-abortion protestors think making abortions illegal will stop them. I don’t believe it will; this would only result in more illegal abortions at unregistered clinics, often performed by unqualified people. By claiming to be pro-life, they could actually put the lives of countless women at risk.

My own decision wasn’t made lightly, and yes I was coerced, but it wasn’t the right time and I didn’t have the tools, knowledge and life skills right then. Nobody has an abortion without thinking it through. The pill or condoms are never 100 percent effective, and mistakes happen. There are enough damaged adults who had awful childhoods without creating more by forcing women to give birth to children who they can’t nurture and take care of.

“”
By claiming to be pro-life, they could actually put the lives of countless women at risk.

I regret my abortion all the time. I’m always thinking about how old my child might be now and what they would be like. But if I could go back to the day I took the abortion pill, I wouldn’t do anything differently. Regret isn’t the same as thinking I could have been a good mother back then.

Some things still sting though. My partner (now husband) was curious about my ex. So, while we were in a hotel room, while visiting family over Christmas, he found my ex’s Facebook profile. I was shocked to see pictures of my ex getting married, holding a baby and announcing he was a father. He constantly told me he didn’t want children, or wanted to get married. My shock wasn’t because I wished he’d married me. I’d moved on and progressed as a person. Marrying him would have given me a worse life than I had, and my mental health would have suffered for it.

But it felt like I was being punished. I never had children—but he did? I thought if he was a father, but I wasn’t a mother, then this must be karma, and I was completely to blame for the abortion. Objectively, that’s a ridiculous notion. I would never think a childless woman who had an abortion almost 15 years ago was being karmically punished for her decision. Women (including me) tend to be harsher on themselves.

It’s unlikely I will have my own children now, but I know I did the right thing. This helped me to ease up on the guilt I feel. Because of my own upbringing, I spent time in foster homes. Some were better than others. I will probably look into fostering within the next few years hoping to help children deal with their trauma and have a better life. Maybe that’s what I was always supposed to do, if you believe everything happens for a reason. Maybe if I had my baby, I wouldn’t be where I am now.