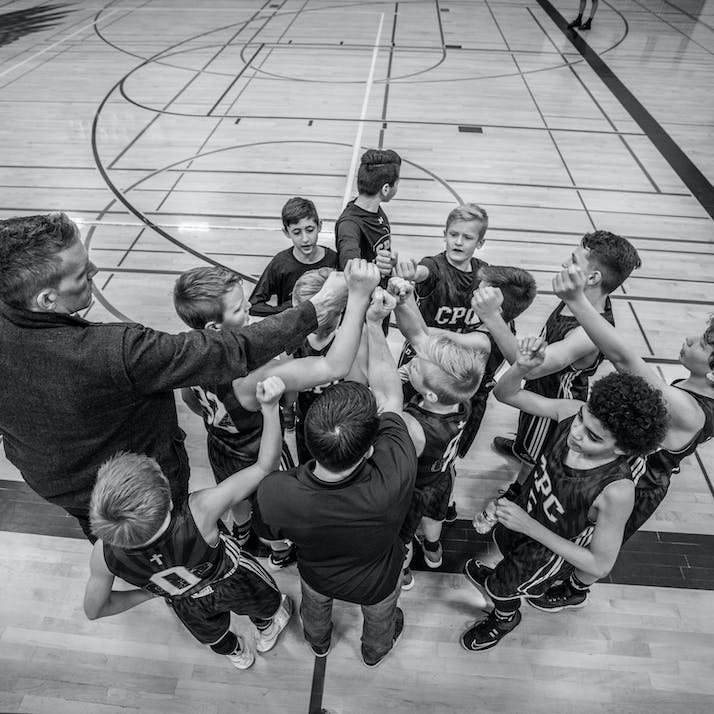 I’m a White Teacher and Coach; I Need to Do More for My Black Students

In the wake of Trump's election and Black Lives Matter, an educator decides he won't be silent any longer.

The morning after Trump was elected, the small football team I coached at the time traveled up to Fontana, California, near San Bernardino, for a playoff game. Our team was made up of students from Compton, Watts and Huntington Park. We had only lost one game the whole season and were expected to win it all. At worst we thought we’d make it to the championship game.

When we got off the bus in Fontana, there was a heaviness in the air. You could see it on the faces of the whole team and the coaches, too, but everyone mostly kept to themselves. I thought about addressing the team, but what could I say? I didn’t even know how “political” any of the players and other coaches were.

We were up against a team of predominantly white players from another town. From the start of the game, I could tell there was something off with the team, and I knew it was going to be a struggle. As it went on, we all got more frustrated. There was tension brewing on the field and on the sidelines that felt personal, but no one was naming it.

We ended up losing to a team we should easily have beaten.

“”
We ended up losing to a team we should easily have beaten.

My Students Have Been Dealing With Racism Their Entire Lives

At the end of the game, a white parent from the other team got up in the face of our coach, who is a black man, and yelled at him: “That’s right! Trump, baby! Get used to it!”

No one rebuked him. I’m embarrassed to say I was more concerned with diffusing the conflict rather than doing what needed to be done, which was to address a clearly racist comment. Trying to keep the peace, I walked to the other side of the field to get our coach and we moved on with the day. Just like that.

I was scared for the players on the team, that this was going to be their new reality. I was scared by this newfound brazenness of racist white people, and what effect it would have on these kids.

What I later realized was that this was my new reality—as a white man—not theirs. How many times had my players heard things like this before? Too many times to count, I’m sure. If this was new to behavior me, it wasn’t to them. I think about what would happen now if the same moment occurred again now, less than four years later. Would that person still have the gall to make a comment like that now? Would I react differently? Would someone else step in and say something too?

The only thing on my mind that morning was what had happened the night before. How could everyone not be talking about this right now? Was I the only one this outraged?

This felt like the greatest injustice of my life. The fact is that it didn’t matter to our players who was in the White House. Policies may vary between presidents, and with those policies come both positive and negative outcomes—especially depending on your perspective.

But I was completely missing the point.

It's Time for Me to Do My Part

In reality, Trump’s election really represented just another failure in a long line of failures for America (i.e., white America) to show these kids that black lives matter—that they matter. In wondering if my students and coaches were “political,” I was missing the glaring fact that their lives were inherently political, as our country had been waging war on black bodies since its inception.

Whether they were civically engaged or not was beside the point. America had been using their blackness as a political tool for their entire lives, without care of whether or not they chose to “opt-in.” The systems of power that oppress people of color have been in place for centuries in this country. Does it really matter who is at the helm?

The past seven years being a self-described “woke” white teacher in a school with predominantly black and brown students have lulled me into thinking I’ve been doing my part for them. The past few months, with Black Lives Matter causing much-needed change and conversation in this country, have opened my eyes to the reality that I haven’t.

Being “anti-racist” is an action and it requires more from me. Systemic white supremacy is responsible for so many of the obstacles my students face daily. How have I actively used my whiteness to help change that? How often am I putting my body on the line, speaking up when it might be uncomfortable, or promoting black businesses and voices intentionally? It’s almost like I forgot about my whiteness—the very indicator of white privilege.