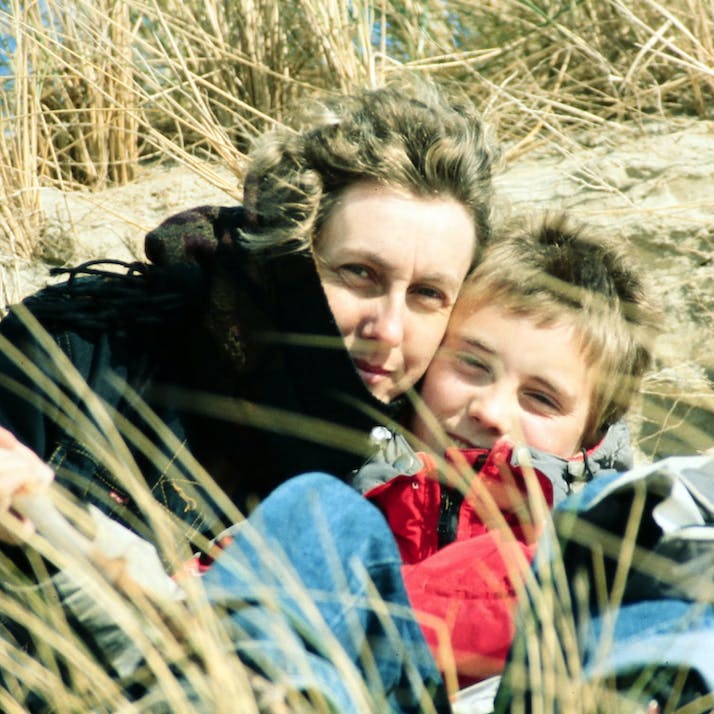 I Lost My Mom to QAnon

She was a moderate Republican until she met her ex-husband. Then, conspiracy theories took over her worldview.

Growing up, my mother and I were really close. My father walked out on us when he and my mother divorced, so, naturally, she and I had a pretty decent relationship. We moved back to her hometown when I was nine and, when she wasn't working, we usually watched movies or went for scenic drives.

Sometimes we'd have long talks about our family or what was going on in the world. I had a parent, a mother and a friend. I'd come home from school and I'd know that after all the constant bullying, low test scores, struggling to pay attention, I could confer with my mother. There would be no backlash, no ridicule. I depended on her for that.

After I'd turned ten, she met an abusive and narcissistic asshole. He made our lives a living hell. He'd come home from work, sit down, have a beer and watch TV. Three beers turned into ten pretty quickly. He had a nervous disorder and was prescribed an entire list of medications, none of which mixed well with alcohol. One time, I went downstairs to find that he was using a floor lamp as a baseball bat. He aimed a Mason jar at my head like he was hitting a fastball.

My mother and I were both the victims of his hate.

They were married after four years but finally separated around my junior year of high school. It felt like a completely different world with him gone. He ruined our lives for seven years. However, there was a part of him still with us after he left: his political beliefs.

My mother was a moderate Republican before she met him. And when I say moderate, I emphasize moderate. She was mostly indifferent about the government, never really going out of her way to worry about politics or bring it up around others. She lived in her own bubble. She had hobbies and dreams, she was pretty happy. And when she wasn't happy, she didn't focus on her unhappiness. She'd go through the emotions she needed to and she'd move on. However, she was impressionable.

He, on the other hand, was insanely right-wing. He worked at a correctional facility and often came home spouting racist obscenities about the inmates. He'd say the hard "r" at the end of the N-word without remorse. I remember asking my mother why she was dating a racist, and she'd go, "No, he's not racist, he just deals with a lot at work." He was very clearly a racist, and I don't know how she could excuse it so nonchalantly.

His interests started to meld into hers. She started hating illegal immigrants (even though she had been an illegal immigrant for a while until she finally got her citizenship). She said she wasn't racist toward people of color, but that she was just "prejudiced," as if being racist and prejudiced wasn't a possibility—or even the same thing. She would call Latino communities "chimichangas" without a second thought. Seeing both of them carry on like this made me extremely uncomfortable.

It Got More Challenging to Maintain a Relationship With My Mom

I was taught from a young age about that ancient way of thinking, and here it was, in my own environment, the fire being fueled by the people with whom I shared a house. I not only avoided having my white friends over, but I also avoided having any friends over. I didn't want my white friends thinking that I was the spawn of racists, and I didn't want to take the chance that any of my friends in other ethnic groups would be mistreated by my mother and her boyfriend. I'd come home and hear them agree with each other while they watched far-right propaganda on TV, and soon after, I'd hear them get into a screaming match. He was a domestic abuser. They hated each other. I don't know how they were together for seven years. But it seemed like their whole relationship was built on the hatred of each other and the hatred of other people.

After he'd left, I was just finishing up my junior year of high school, which was also my last. I had enough credits to graduate and I wanted to escape the area I grew up in—I wanted to meet new people and, most importantly, I wanted to get a break from my mother. She was still the person he'd transformed her into, even after they separated. I was pretty much a stereotype, at least, for the military recruiters in my area. I was a lower-class white kid wanting an escape.

Sure enough, I joined, shipped out to training, came back home for two weeks (most of that time being spent with my girlfriend), and prepared for a new life. I had a pretty decent run in the military after that, and my mother was doing fine. Until my time in the military came to an end.

By the time COVID-19 hit in January, phone calls with my mother were getting shorter. It was like she was a completely different person. I'd see her post on Facebook saying the virus was a PSYOP or that the 5G towers were spreading it. It was like my mother had been replaced with another person. She started talking to me on the phone about someone named "Q" and how she thought JFK Jr. was still alive and was fighting an "underground war.” She even told me that there were secret underground tunnels run by Satanist, adrenochrome-injecting, Democratic pedophiles.

“”
I was starting to lose my mind.

At this point, I was fully convinced that my mother had lost it.

My time in the military, however, was shortened by the unluckiest of circumstances. I took the honorable discharge and got out. I needed a place to stay until I got back on my feet. So I went home. I was living with her. I couldn't walk in the kitchen to get food without her shoving some Q-adjacent propaganda down my throat. We'd get into countless arguments, back and forth, to the point where I started avoiding her. I hated talking to her. I hated the sound of her voice. The conspiracies got worse and my tolerance weakened. I was starting to lose my mind.

Then, the election came. Joe Biden won. My mother and her boyfriend were both in disbelief. Everything their Q had prophesied about Donald Trump staying in power and about the "war against the Deep State" finally coming to a turning point—it was proven false in one night.

Today, in the spring of 2021, we rarely speak while living in the same home. She tells me the vaccine will kill my girlfriend and me. She pleads for me to stay home to "protect against Chinese military invasions" through Canada. She and her boyfriend "gear up" with survival supplies and ammunition. She even asked me if I was ready to fire at police or military if Biden "ordered them" to come take away their guns.

One of us will blindly fire at another American to uphold a conspiracy theory on the internet. One of us will not. And that is, sadly, the difference between us.