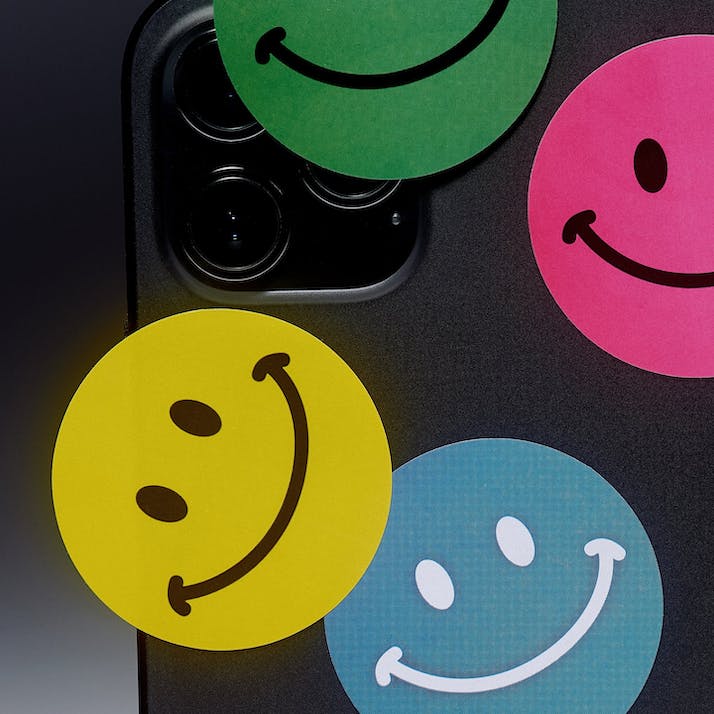 I Left My Family Group Chat for My Mental Health

As a comedian and memoirist, I process my difficult upbringing by writing. Not everyone likes that.

Recently, I spent an entire Friday drafting an email to my dad. In it, I described what I saw as our eternal conflict—we don’t share the same values, and my dad has never given up trying to enforce his on me. Which is to say, my dad, a lawyer who wanted to be a writer, feels entitled to tell me what I am allowed to write about.

I am a memoirist and comedian, and he is insulted by anything less than sycophantic praise, invalidating my emotional experience any time it threatens his very fragile ego, which is often. As I began writing the email, it felt terrifying to explain, “This does not mean that my values are wrong.” He’d been successful, after all, indoctrinating both my sister and stepsister, much in the way that it appears his parents were successful with him. And beyond that, the things they valued—financial security, image, etc.—are similarly valued by the rest of Western society.

His response to my message was revolting. He was insulted that I said he valued image and told me I was never allowed to write anything negative about him. He ridiculed my desire to enforce conditions for our relationship. He was my father, and he was almost 70. He went on to enforce his own conditions. My father is a smart man—he went to Yale and wanted me to go to Yale too.

After being born a highly sensitive person and raised in an invalidating and emotionally abusive family (he did hit me once, but that, of course, was “my fault”), I eventually got into Yale too. Their psych ward. But he cannot see anything beyond the stories he tells himself to keep his false self safe. He told me that I could not write anything that was insulting about “the family” and to bring any conflict directly to them. Ha! If the family was a safe place to bring a conflict, I never would have become a writer.

Why did I want to talk about his divorce? That was “in the past.” Or about the time he told my mom he’d hired a hitman to murder us—and then she pulled me and my sister out of school in the middle of the day during a whiteout blizzard, drove us to Vermont, hid her car in a barn and we sat huddled in my aunt’s house for days? How dare I believe my own experience. When I made my ninth-step amends to him, he brought up unresolved issues from when I was a child, including the divorce and the night he hit me. I just sat there and took it. I am stronger than him. All scapegoats are. I can take it. But I don’t have to.

“”
I eventually got into Yale too. Their psych ward.

No One Confronted Me Until I Took It to Social Media

It’s a misconception that those who are called to write about their own lives want to get revenge or be the main character. We are simply trying to figure out what the hell happened. My dad decided once I had begun doing those things at a professional level that he would like to do those things too. So I offered him a paid comedy show—$20 and 20 minutes from his house. “Too far,” he said. “Not enough money.” Instead, he chose to use my grandmother’s eulogy to shit on her for 10 minutes while everyone laughed in shock and discomfort. She was the only one on his side of the family who was nice to me because she had dementia.

Then, he decided he was ready to write his memoirs. You get it. If I can do it, anyone can. I sent him The Art of Memoir by Mary Karr, a Moleskine and my favorite pens (Pilot G-2 Gel). “I’m going to wait until I retire.” Then, he retired. A few months later, he announced he was no longer getting me anything for Hanukkah. Why? “You never get me anything I want.” What do you get for the man who has everything except self-awareness?

First came my sister, who I was able to talk down fairly quickly, ignoring the gaslight of her explanation (“Sometimes texts get missed”). Then came my stepsister, with the same foundational idea but worse. She began swearing and accusing me of not caring about my family. She said she thought I was better than this, that I was judging her, that the problem in the family was that I always had a problem. I attempted to carry on the conversation as if I was dealing with someone not in an activated state of emotion and finally gave up. All her words were my father’s. As Philip Levine says in his poem "I Was Born In Lucerne," “All the rest of the cliches I could have lived by.” They were all the lies I had lived by.

Becoming the Family Scapegoat Had Its Upside

It’s not uncommon for an emotionally sensitive child born into an emotionally immature family to become the scapegoat, to develop borderline personality disorder or to turn to drugs and alcohol for a sense of community that reinforced that “bad” identity.

I did all three.

When I came out on the other side, I’d lived through some wild shit. I’d become uniquely qualified to help others in various predicaments. I’d learned to validate my own emotions, discover what my values are and how to let them drive my effort. I’d also found stand-up comedy and, in it, the ability to get on stage and talk about the worst things I’d ever done and get laughs instead of abandonment.

My stepmother coddled my stepsister. My mother coddled my sister. My dad was generally cold, distant and self-involved but occasionally emerged to say “good job” if one of us did something he wanted us to. Both sisters live the way my dad tells them to, expressing to me at different times that they couldn’t pursue other interests because of his bullying. For example, my stepsister has a successful Etsy store that may remain nothing more than a hobby. Apparently, the risks of jumping into a job without benefits are not acceptable to my dad and stepmom.

Being the golden child in a dysfunctional family system sucks in that way. There’s still the inability to mirror or validate emotional experiences—there’s a rigidity of conformity, and, as told to me by a friend raised that way, there’s the feeling that you have to be what they want you to be or you will lose their conditional esteem.

But as the scapegoat of the family, at least I get to figure out what I want. There’s less to lose. Being outside of any system allows you the space and freedom to look more objectively at all systems and to think critically about what you see there. For years, as I struggled to get sober, I had this idea that one day, I would achieve sobriety and be lovable. Somehow, my family would match up with the carefully curated Facebook images I’d watched from exile. In sobriety, I learned they aren’t very close—they don’t see each other very often. They just never get together without capturing a group photo.

Then, I found other scapegoats—an aunt of mine now functions as the mother I always wanted. Like me, she likes to talk about things we both consider real. And like me, some family members don’t talk to her at all because of this.

“”
I will no longer try to repair things that I didn’t break.

If I received just a little more acceptance, I don’t know that I would have figured out who I was. My self-concept is colored by fear and conformity. I have a friend whose mother regularly body and food shames her. It’s hard for her to set a boundary—she knows her mother does it out of misguided love.

I would never tweet about my sisters to hurt them (I would put that on Facebook), but part of the work is knowing that others get to have their feelings about things. To write to my dad and tell him, finally, that any attempt to police the content of my work is a request for me to compromise my values (and that I’m also not willing to have him weigh in unsolicited on relationships or conversations I have with others unless it is to offer support) was scary. Thanks to that one stupid tweet that only got five likes, I set out on a course that provided me the impetus to require that happen without me abandoning myself as well. I will no longer try to repair things that I didn’t break.

For decades, I wanted my family to take my needs seriously, to recognize that I was a sovereign being whose desires were no less valid than theirs. I could do it for my animals—why couldn’t they do it for me? And then, I got out of the “why” and did it myself. In that way, I finally got what I always needed. I left my dad “on read.” A few days later, he said that he (a millionaire) was unable to log in to my Hulu account.

I wrote back that until he got help for his narcissistic behavior, we weren't talking. And after a lifetime of holding my breath, waiting for the next onslaught, I finally let it go.