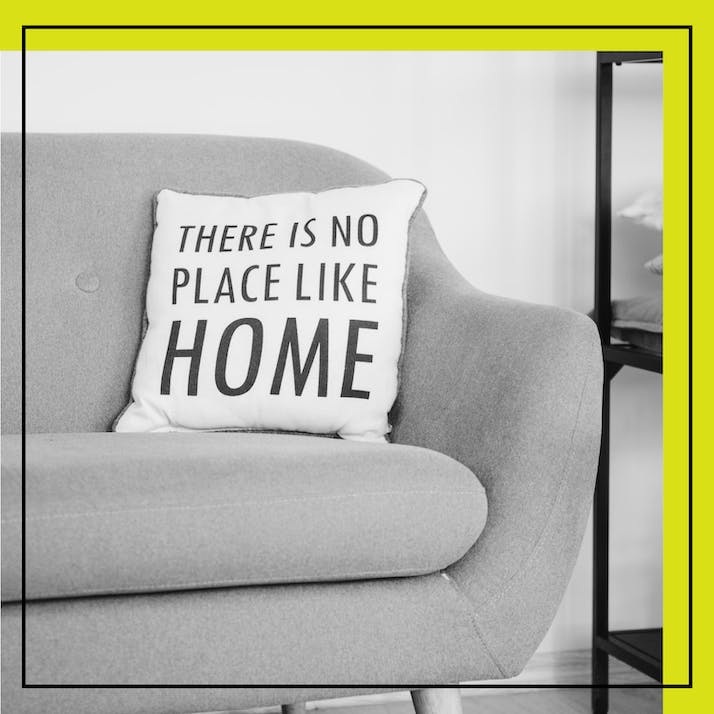 Trauma made me afraid of public spaces. COVID-19 is doing the same thing to my friends.

I have agoraphobia. What started as low-grade fear of going outside after negative and traumatic experiences in my early adulthood turned into something much bigger. Something that dictates and structures my life in ways that are hard to even explain.

It started when I was really too young to understand the connection between a physical or psychological sensation and what's actually happening to my body and in my surroundings—all these things that now I've come to understand as a somatic response to trauma.

At best, it feels uncomfortable, like low-grade dizziness. At worst, it feels like I’m going to die. Like a full-body shutdown, “no one will find you on the street” type of panic attack, where you need to find somewhere safe to go by any means necessary. (To me, that’s my house.)

I have a hard time leaving home. I’ve missed out on job opportunities, missed out on fun and I haven’t traveled or gone on vacation in years. It’s self-deprivation in the same way that anorexia can be. I make excuses about why I miss things. I don't feel like I can be honest because I have shame about it, because this is something I have been dealing with for so long and haven't always been able to address. That cycle continues: I feel there is a big part of my life I can’t share with people. It’s alienating.

“”
I have a hard time leaving home.

Before I Had Agoraphobia, I Had Vertigo

Ever since I was little I’ve experienced vertigo, a sensation of moving when I'm not actually moving. I’ve been told a lot of different things over the years about where it comes from. Some people think it comes from a vestibular problem, some think it can be triggered by anxiety.

It wasn’t super debilitating at first, but it embarrassed me that it was something I needed support with. As a kid, you’re always trying to push your limits. It’s nice to feel independent. I either needed to hold on to someone or if I was alone, I’d have a panic response. It felt very in the way of my building the autonomy that I wanted.

At first, it was confined to particular spaces. Usually, I describe it as being afraid of heights. I associated the sensation of falling with vertigo or the feeling of moving when I wasn't. Because of that, spaces like a glass elevator—or walking along a bridge or walking along an area that didn't have a railing—would give me the sensation that I was going to fall. I started to associate that experience of vertigo with very specific types of spaces, which would then trigger a certain type of anxiety, and then I started to avoid those spaces as a way to mediate that experience.

I started to avoid places like big museums that had a lot of echo, or airport terminals that were all glass and required navigating crowded spaces where there weren't railings—or where I could get easily overwhelmed. If I had to go to these kinds of places, I’d try to make sure that I could pull it together in one way or another, by making sure I had eaten enough or wasn't dehydrated or dealing with any other triggers like that. As I got older, I just started to avoid more and more of those experiences.

Eventually, I began to experience a lot of explicit fear around even experiencing the anxiety. The problem got further and further away from what the actual space was, or what I was experiencing, and became more like a fear of the fear. Which I think is a pretty good way to describe the birth of my agoraphobia.

Getting Help Wasn't as Easy as It Sounds

When I was in my early twenties, I got this pretty bad fever, and sometimes when you get a fever you can develop an ear infection, which can cause vestibular balance disorder types of things. So I started to experience vertigo in a more debilitating way. It was everywhere. Whenever I left the house, I was like, what’s going on? I had no idea what was happening. I thought there was something wrong with my eyes. Am I going crazy? Why am I getting so dizzy on the train? Why am I so sensitive to sound?

I thought it might be my eyes, so I went to the eye doctor and they were like, “You have vision stuff, you always have, but this doesn't seem like a structural eye problem.” Then I got my ears checked by an ENT. They told me that my hearing was fine, but that sometimes you can experience some kind of dislodging of the inner ear, and the sensation can stay even after the thing has healed. Then they gave me Valium to help get me through it.

The Valium was great. I took it until I ran out, and then I ended up buying some off the street because, on top of still experiencing the vertigo, I liked it. At that point, I was basically self-medicating, but I wasn't trying to address the root cause of what was going on, which was that I was experiencing pretty intense anxiety, which I later found out was a result of complex PTSD. Eventually, I actually stopped taking the Valium, not for any particular reason except that I think I couldn't afford to maintain it.

I go through a lot of spurts of being super active and figuring out how to mediate it through self-soothing, which I have learned in different types of therapy. Currently, I’m in a somatic, Gestalt-type therapy, where it’s very much about being able to make distinctions between what’s happening now and what’s happened in the past, and also your projection or speculation about what might happen in the future. But I’ve tried so many things, so many different modalities. One of the reasons why I think Valium was so appealing to me is because it was physically very hard to get to my therapy appointments because my agoraphobia got to the point where I couldn't take the train, it was so bad. And the truth was, I was really avoiding what’s underneath all of it.

“”
That’s where all the shame came from.

What It Feels Like, and Where It Came From

The agoraphobia feels very low grade, compared to the vertigo, which feels very violent, like you are totally out of control. It makes sense to me that I experienced that because I have experienced so much that is beyond my control. A lot of people have.

The first time that I experienced really, really bad agoraphobia around age 19 or 20, it kind of felt like I was in a dream where I didn't have any control over any of the external parts of what was going on. I was told by a therapist that agoraphobia is a form of PTSD, a logical response to having encounters that were beyond your control that made you more aware of how little control you have over your external surroundings. That it’s not necessarily your fault, but it really feels like grappling with the dissociation of living, like falling.

As I’ve been in therapy, I’m only just unpacking what kind of particular situations tend to set off my agoraphobia, and why. Transitional spaces have tended to be more triggering. I started to notice I would get really anxious when I was traveling because when I was young my mom was living in the States illegally, and I was taught to lie to Immigration and Customs about why we were there. So I would get anxious and I started to associate the airport with that. So spaces that mimicked that sort of area, I started to associate with it, and it just built from there.

I experienced a lot of instability around my parents in my early childhood. My dad left when I was really young, and he was in and out of my life until I was about 11, when I told him I didn't want him to be around. So I think that general instability in my life made me feel like I was bad, or had done something wrong, or that if I brought stress into people’s lives they would leave. That’s where all the shame came from.

Is COVID Creating an Agoraphobia Epidemic?

It's hard not to imagine that the pandemic is giving people agoraphobia issues that they might not even be aware of yet. There's been so much stigma and advisory by the government and public health systems to not leave the house or interact in certain ways that it just seems like, how could it not be having an effect?

There’s been a lot of takes on personal responsibility in keeping COVID transmission rates low, but this is the same CDC that wanted to put people in camps during the AIDS crisis. I know that people feel like if they get sick that they did something wrong, as opposed to trying to spread some kind of compassion or other ways of thinking about what the spread of disease means. Sometimes it actually means there is compassion and intimacy in spite of difference and risk.

I’ve had a lot of friends start expressing stuff to me that I really identified with. And while I don’t want anyone to experience what I have, it actually was affirming to hear that it’s actually normal and that anyone who’s been told they’re a burden by moving about will naturally respond by not doing so, or by being afraid to do so.

In some ways, I think people should do what they need to do. If that makes you feel a little better that’s fine, but when it gets turned outward, I’m like this is so sad. Mainly because there’s such disparity and inequity and differences in access to safer materials. So you're just like, shit, when has stigma ever helped with any of these issues?