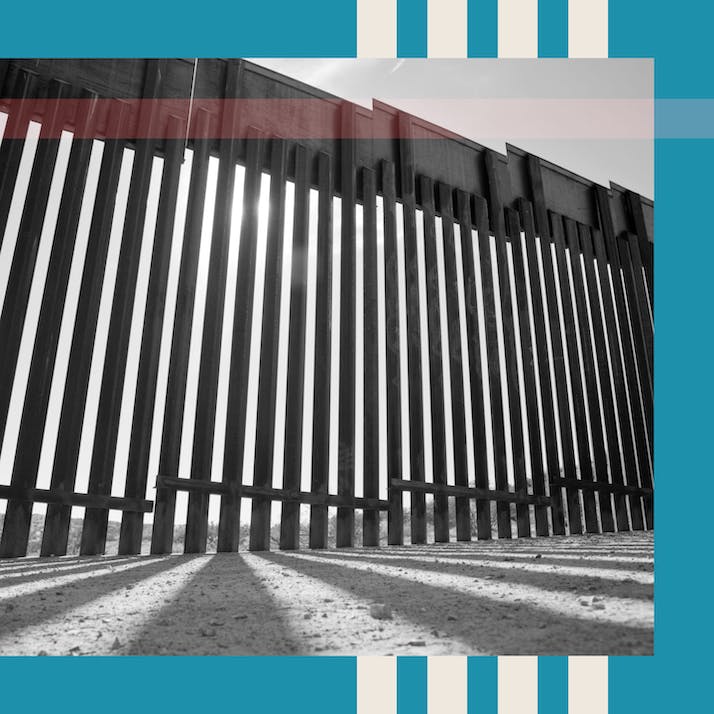 I Crossed the Border as a Child: Poverty Lines and Ancestral Expectations

Once you've made it to the United States from Mexico, you haven't really made it.

Born in Mexico City, my mother and I made the same trek as my ancestors before us, long before borders and certainly before conquistadors tried ripping my indigenous roots from the earth through rape, enslavement and germs. Somehow, I'm still here. We survived. We made it.

I was 6 when my mother and I crossed a desert that's taken many uncounted lives of people like me trying to get to a country that would hate us, that would tell us to come the “right way” while creating prisons and entities to detain, separate and kill us. There is no pathway. Oh America, I've never taken a well-beaten path in my life. I've been making my own way since my little feet ran, ached and bled to get here.

It took seven days to cross, three of them without water. The only food we had was powdered doughnuts. Try choking that down when your mouth's as dry as the desert around you. Lips too dry and cracked to part. My mother did what she thought it took to give me the best opportunities in life. It would all be worth it in the end, so we had to risk our lives for the shot.

“”
It took seven days to cross, three of them without water. The only food we had was powdered doughnuts.

We got to the United States, and my mother got to work immediately, taking multiple jobs, always rolling with the punches and figuring it out when employers refused to pay her earned wages. I learned later how common that is for us. I went to school and loved it. I took care of myself when I got home until my mom got home from work, whatever time that was. I usually saw her some mornings or on the weekends if she didn’t work or go out at night. It was just us, a young woman and her daughter, always trying to make it. Everyone around us was on the same hustle, just trying to make ends meet. My mom did whatever it took to keep the roof over my head, no matter who knocked her or looked down on her choices. She was a single mother doing the damn thing all alone.

I got a job when I was 15. It was then I started saving because I was going to college—I always knew it. Everyone around me told me I would never be able to do anything with my degree; there was no point in school for someone like me. I didn't listen. I respected my mother and her sacrifices, and I was going to fight for my dreams. I went to the community college near me and got my associate's degree. That was my first taste, and I loved it. All the while, I looked for a way to apply for citizenship. There wasn't one. Not without going back, paying thousands and waiting a decade while you wish on a star. I wasn't about to undo my mother's work, and take my life in reverse. The very life she risked so we could get here.

I continued on my path, applying to the state college knowing I'd never be eligible for any scholarships. I saved every penny I made working my job and paid $8,000 every quarter, cash. I did it; I got my bachelor's degree, graduating summa cum laude. My mother was there. All two of my best friends cheered and celebrated my victories. They were now young mothers with their babies in tow—baby Isaiah also cheered me on. They always said I could; they always believed in me. I was offered many jobs that I turned down because they were not paying my worth. I had my damn bachelor's, graduated with honors: They were going to pay me. I tried to apply for my citizenship, astounded at the difficulties. I was denied again.

Here I was, still being told there was no path for me. In sixth grade, a girl in my class called me a “beaner.” I was angry. My friend was angry—it was on. My friend took me to the bathroom and showed me how to fight, then told me I'd have to run it one-on-one. Like many times before in my young life, I’d have to do it alone. I whooped her ass.

Those words that embarrassed me and enraged me caused a reaction that would cost me dearly. The police were called because someone filmed it. I was handcuffed. I was a kid, only 12. I was not American enough. For whoever gets to decide that, fuck you. America told me I ruined my chance of ever being a citizen when I was 12.

As an Immigrant, Nothing Is Handed to You and Everything Is Earned

I went back to school to get my master's degree, graduating magna cum laude. My friends cheered me on with their kids in tow again. My mother celebrated. Baby Isaiah was now 3, cheering loud like his mother. Meanwhile, I was still hunting for this pathway to citizenship all these white folks around me always talk about. I was offered many jobs from firms, none enticing enough. I finally accepted an offer from a firm that I thought the salary was fair (ish). I got a work visa two weeks before starting at the firm; that's the only thing I could get.

I work at a tax firm. My co-workers are all white, and I found out they were very Republican and conservative, unsurprisingly. I'm the diversity around here. During the Trump era, they all told me their stance on immigration policies, the DREAM Act, affirmative action and anchor babies.

I’ve worked my ass off on multiple projects in different departments because I love my job and I'm damn good too. I’m still paid less than my white counterparts and the men around here. I work on twice as many projects as anyone in my firm. I no longer live in poverty. I don't have any wealth to pass on to my future kids yet because my mother gave me this opportunity, gave me what she could, what she had. I have to save because she never had a 401(k) or retirement plan. There was never anything to save; we often went without. I was the plan. So I've got her.

I'm excellent with numbers. I run accounts for the major cell phone companies you get your phones from; it's probably how you're reading this. I run accounts for companies you buy from on the regular. I'll be working on international accounts next quarter. When it's time for me to buy a house, I'll be doing it myself. All my white co-workers had their schooling paid for with a college fund that's been there for them since birth, and their parents are handing them down payments for their first home and gifting $100,000 for weddings.

I've been to two weddings. You see, even when we make it, we don't make it. But that's another story.

“”
I tried to apply for my citizenship, astounded at the difficulties. I was denied again.

My Mexican Roots Are Ingrained in the Americas

During the Trump era, I had to refill my work visa, and they asked about my mother, so I couldn't. I didn't. I work here still with an expired visa that I hope they don't check on. I've made my own path. I've broken ceilings. My little feet ran, and I was tired. My mother worked multiple jobs and hustled, yet we were poor. When I crossed, we huddled together. Why then, America, do you deny me? I’m still here.

For now, you have me at a stalemate. I'll sip my Starbucks and be reminded of my resilient blood pumping through my veins as I watch a monarch land next to me at the end of my morning run. He will travel on to my city. I can't go back yet to enjoy the beautiful secrets my Aztec ancestors have hidden in my city, but I've come this far. I've dug deep inside myself and pulled out all my creativity, out of necessity. Where there is no pathway, I will make one, like my mother before me.

America, my roots are so deep in this land, you can never tell me I don't belong. I'm here.