Why I Finally Feel I Can Be Open About My Suicide Attempt, 20 Years Later 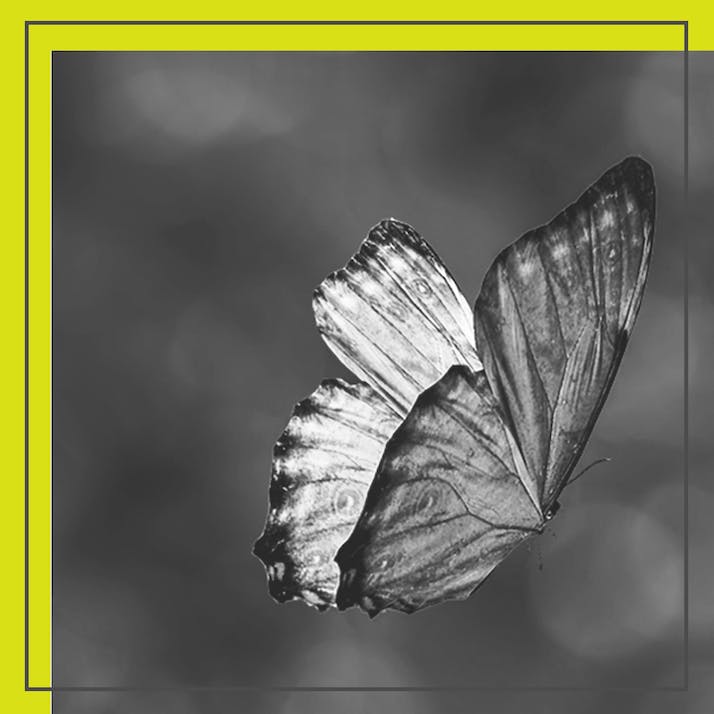 Why I Finally Feel I Can Be Open About My Suicide Attempt, 20 Years Later

In telling my story, I hope to destigmatize mental illness.

In 1961, suicide was finally decriminalized here in the U.K. Prior to that, people either died or were arrested. With the specter of stigma continuing into the new millennium, I kept my attempt in 2000 largely to myself, telling just four people—my family and the emergency services. It’s only now, 20 years later, that I feel I can talk openly about my experience. So what changed?

Mental health in 2000 was largely handled with stigma and ridicule. It definitely wasn’t OK not to be OK, as today’s trite saying goes. In Hollywood, “craziness” was synonymous with evil (picture Christian Bale in American Psycho), and national newspapers would routinely shame those struggling. When boxer Frank Bruno was admitted for psychiatric treatment in 2003, one red top headlined on its front page “Bonkers Bruno Locked Up” above a story labeling him a “nutter.”

We millennials were failed on the well-being front. The demonization of those with mental health problems, or anyone deemed to be different, divergent or deviant, for that matter, was ubiquitous in the ’90s. We were conditioned to perform normative parts we didn’t quite know the lines to and would blanket our true selves in an attempt to fit in. The accepted social umbrella back then was small, and machismo and homophobia were rife. Everything was termed “gay” in my school days. Your trainers were gay; your emotions were gay; your dad was gay. A boy in my year was rumored to be gay, as he wore eau de toilette and listened to No Doubt.

Gay and weird were in the top two things you weren’t permitted to be, and feeling like the latter, I struggled to find my place.

“”
I realized maybe I’d made a mistake.

I Attempted Suicide and Immediately Regretted It

It’s hard to pinpoint exactly what made me wish to disappear at 18. It was cumulative rather than causational, but a breakup didn’t help. The twinned euphoria of young love is a hell of a height to fall from, and the future at that age is terrifying enough without having to reimagine it, lost and lonely. Whilst coping mechanisms such as sleep, exercise, connection, meditation and medication are well-rehearsed in adulthood, adolescents often don’t have the intuition to stave off mental illness. They also don’t have chapters of mental victories to draw inspiration from. With age comes the perspective that life has its peaks and troughs. At 18, my mental dip felt permanent, and fighting it off seemed pointless.

One dull Thursday afternoon, after unsuccessfully auditing my life for reasons to live, I ghosted towards my dad’s side of the bed and located two glossy boxes of propranolol, umbrellaed by a lampshade. Without hesitation, I swallowed them all. My body responded with immediate chest and stomach pains. And I realized maybe I’d made a mistake. “I’m going to die,” I thought.

“I’ve overdosed on my dad’s beta blockers and I’m in pain,” I explained to the telephone operator. “You will be, won’t you?” she deadpanned as a quiet ambulance arrived, not quite offering the reassurance I needed. Fifteen minutes later, I lay gowned and guilty in the hospital’s psych ward, my slow heart interfacing with a bleeping monitor.

“Hello,” my dad monotoned, as if expecting a sales call. I explained what I’d done, and for a man on the spot, he conveyed sympathy and understanding that didn’t make me feel judged or in trouble. As his green Renault delivered me home a week later, his wedding ring tapping on the steering wheel to “Would I Lie to You?” by Charles & Eddie, my 16-year-old sister said, “Don’t ever do that again; we love you.” I pivoted my head to the window and smudged a tear.

In the months following my suicide attempt, I’d schlep around my parents’ house, each day repeating in slow motion as a pre-smartphone trudge through daytime TV and walks to the store for newspapers and snacks. I was living the life of a lonely mumblecore protagonist until one Saturday evening, I heard something that would shunt me forward.

Barefooting it to our thin kitchen for a sandwich, I overheard my parents chatting in the back room, drinking whiskey and listening to music. I was alerted to the sound of a piercing, almost genderless voice. “What’s this?!” I asked. “It’s Neil Young, Son,” my mum replied. And by noon the next day, I was clutching CDs of After The Gold Rush and Harvest. This unknown Ontarian externalized my inner monologue with an arm around my sad soul. “It's hard to make that change/when life and love turns strange.” I’d never heard anything like it. I lived inside Neil’s world in the subsequent years, empowered by his melodic musings on lost love, loneliness and everything in between.

Following my trip to the city for the CDs—the furthest I’d ventured in months—I began to slowly surface, albeit like a discarded bottle in a canal of doubt. One dog day afternoon, I sauntered from the shops swinging a plastic bag and swigging a Mountain Dew when I spied a blur of Berghaus in the distance.

“Alright mate, where are you off?” said a lad called Jim I’d been mates with in primary school. “Ah, not much,” I mumbled, reducing months of mental anguish into three small words. “What are you up to these days?” I deflected. “Erm, just glass collectin’. I fucked sixth form off, to be honest. I’m in a band,” he said. Socially rusty, I gambled: “Do you know Neil Young?”

“Yeah man! He’s ace!” He’d become animated, like I’d unlocked something. “Knock at mine tomorrow. I’ll show you my Velvet’s box set and stuff. I’m just jumping the train to band practice now.” The swing in my carrier bag heightened as I schlepped home.

“Jim,” his grandad propelled, opening the door and ushering me into the three-story building I hadn't entered since I was a kid. Climbing to Jim’s third-floor bedroom, the smell of weed and the sound of Captain Beefheart filled my senses. I started music college, moved into a houseshare and began to regularly hang out with Jim and his band.

“”
How the hell did this happen?

Music Helped Me Find a Community I Needed

Displaying a paradox of unhealthy skunk consumption and rampant work ethic, his band would practice late into the night, Monday through Friday. The band introduced a psych-dub song into their set which would morph into Bob Marley’s “Get Up, Stand Up.” One rehearsal, as the final verse closed, I grabbed the mic for a laugh and, in what felt like an exorcism, started screaming Marley’s closing refrain: “Woy oy! Woy uka yoy yoy!” Words that should never leave the mouth of a pale, young Englishman, but I continued, and the band jammed along, partly amused, partly bewildered. Afterward, I felt lighter. Purpose is power when it comes to mental health, and finding a group of fellow music-obsessed outsiders afforded me connection and optimism.

A week passed and the band was booked to play their debut show out of town. As the set closed, “Get Up, Stand Up” pulsed wildly, and I met the singer’s grinning gaze from the audience as he waved me to the stage. Had I paused for even a second, nerves would have intervened, but I clambered up and launched into an Ian Curtis-esque dance. I grabbed the mic and unleashed a “woy oy!” like my life depended upon it. The confused crowd seemed to accept, embrace, even enjoy it. How the hell did this happen?

The next day, a fellow friend of the band shuttled out of the train station and impaled a paper magazine into my chest. “You’re in NME!” she exclaimed. Reviewing a gig in the now-closed venue, the journalist wrote: “By the time the band have segued a song called ‘Time Travel’ into a bold-as-brass cover version of Bob Marley’s ‘Get Up, Stand Up’ (whereupon they’re joined by a mate on backing vocals), pretty much everybody in this tiny venue has a huge bewildered, grin on their face. The sort of grin you get when you know you’ve just witnessed something very special indeed.” My unlikely redemption had been documented. To the reader, it would have been just another live music review; to me, it felt like a tangible marker of my progress. I returned to the houseshare to ring my parents with this news—a year after the worst phone call all of us had endured from the hospital.

After my music exploits, I began an English degree, devouring works on topics ranging from American foreign policy and sport in the Soviet Union, to mental health, masculinity and celebrity. Communications jobs followed, but my desire was to channel my lived experience into a career in mental health, and in 2017, I founded a mental health organization to help navigate others to better mental health. Since then, we’ve provided counseling, signposting and training to thousands of people. And through articles such as the one you’re reading now, we have raised awareness to highlight that—as Leonard Cohen put it—there’s a crack in everything; that’s where the light gets in.