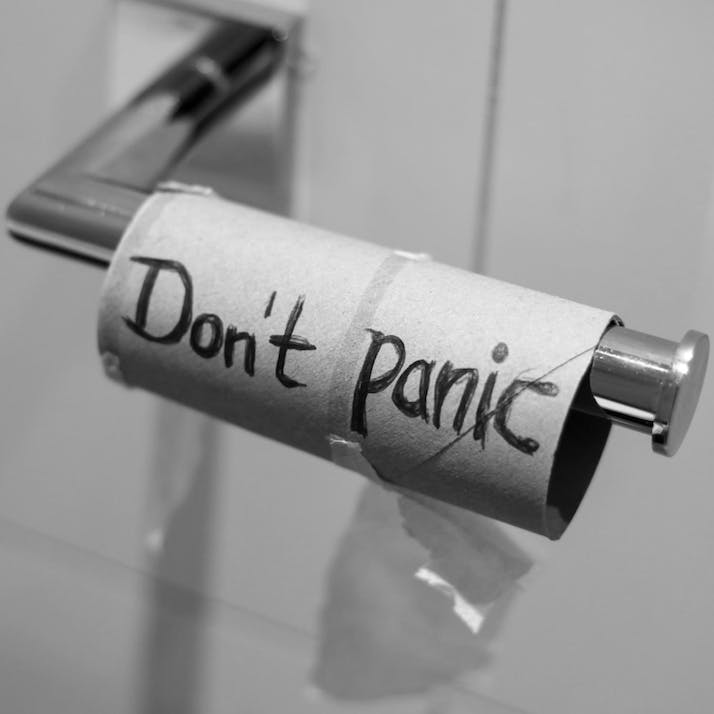 How I’ve Learned to Cope With Toilet Anxiety

My OCD triggered a fear of urinating as a teenager, and it took me three years to seek real help for my phobia.

“Do you need the toilet before we go?” I ask my six-year-old stepbrother before we head to the park. He shakes his head: “No, I’ve just been.” I’m about to ask if he needs to go again—what if he needs to pee when we’re out?—but then I remember: Don’t project your anxieties on him. Once you’ve had a phobia, especially one as obscure and intrusive as toilet anxiety, it’s hard to ever rid yourself of it completely.

I was diagnosed with OCD when I was only two years older than my little brother. My condition was first flagged by one of my teachers, who noticed me repeatedly touching and sniffing random classroom objects. My mom, a nurse, managed to find me a counselor, and I used art therapy to uncover and cure my unknown fear of the numbers two and four, apparently triggered by my dad walking out on us when I was two, and again when I was four. After 12 sessions, I felt like my OCD was cured. Little did I know it was lying dormant, ready to strike again.

Puberty is hard enough without having to also juggle a mental illness. Right at the time when I was supposed to be navigating relationships, alcohol and the emergence of Snapchat, my OCD came back stronger than ever. Instead of fearing certain numbers, I developed a debilitating fear of needing to urinate.

I recently learned that the technical term is “toilet anxiety,” and it’s a phobia of being too far from a toilet, using a public toilet or wetting yourself. It predominantly affects older people or pregnant/postpartum women, who have weakened bladders due to age or childbirth. None of this information seemed to exist when I was suffering and, even if it did, I probably would have felt even more alienated as a teenage girl with a healthy pelvic floor.

“”
My phobia was deeply distressing, inconvenient and confusing, all in equal measures.

My phobia was deeply distressing, inconvenient and confusing, all in equal measures. I couldn’t go to the cinema out of fear that I’d need to pee during the film, and it was a similar story for concerts, public transportation and long walks. House parties involved alcohol, which meant more people fighting for the coveted bathroom, which meant a higher likelihood of me wetting myself. I even restricted what I ate, as I once read sugar could trigger bladder movements. So, anything sugary—from fruit to Haribo bears to carbohydrates—was off my plate.

Everything became difficult, to the point where every time I left the house, I would have to pee between three and 16 times. It became ritualistic—the OCD voice in my head told me, “If you don’t try again, you’ll wet yourself when you’re out,” and I believed it.

I would pee so many times that the inside of my body became a desert, and yet I would still push through the sand to try and find one satisfying droplet of water. I was severely dehydrated all the time, and yet the constant anxiety persisted: What if I need to pee? What if I can’t find a toilet? What if I wet myself? What if? What if?

I’d worry so enthusiastically that my vision would blur, my stomach would knot and I’d think I could vomit at any moment.

My Isolation Provided One Silver Lining

Aside from avoiding any scenario when I’d need the bathroom, my second biggest priority when I was ill was to convince everyone around me that I was fine. Part of this facade involved getting my first job stacking shelves in a supermarket. It doubled up as an easy excuse to say “Sorry I’m working” when I was invited to parties, the movies or drinks in the park. It wasn’t a perfect plan, as I still felt sick with nerves when I was put on checkouts for four hours without a break, but it was better than the alternative.

On the first of each month, I would get paid, and for the other 30 days, I would be turning down social plans. Whether it was rejecting party invites on Facebook or never returning my consent slips for school trips, every time I said no to a social occasion, I was simultaneously saving money.

The same happened when birthdays and Christmas swung around. “Spend this on something nice,” my relatives would say, handing me notes, without realizing that when you’re ill, nothing is nice. Although on the inside I was breaking, there was an obscure silver lining inside my wallet.

“”
I can’t believe I worried about the person I’d be after therapy.

After three years of sitting in a shadow of depression and embarrassment, I reached out for help and started using cognitive behavioral therapy (CBT). There, I quickly learned that physical expressions of OCD were really common. People with emetophobia perform ritualistically to avoid being sick; people with germophobia obsessively clean to prevent coming into contact with germs. These people were like me. I wasn’t as alone or as weird as I thought.

In our final sessions, my therapist told me we needed to start looking towards the future. “What plans do you have for summer?” she asked in the faux-motherly way that therapists do, but I couldn’t think of a single thing to reply. It had been so long since I’d accepted an invitation or organized an event. It was like I’d forgotten how to have fun. That evening I went home and devised a budget to work out what I could afford to do before I went to university. And that’s when I realized that the money I’d be squirreling away over the years due to my accidental agoraphobia amounted to £10,000.

I’d never wish OCD or toilet anxiety on anyone and, if I could exchange the money for good mental health then I would. But it does feel like fair compensation for the trauma that my brain put me through. It’s ironic, and perhaps dark, that I had to suffer to prosper now, but the money I was too ill to spend has ensured I have a brighter future. I’ve traveled, been to university, moved to London and, ultimately, have enough leftover money to buy myself therapy if I feel my thoughts turning against me again.

When I was unwell, I worried that having therapy would change my identity: Would losing my phobia make me less interesting? Would people still like me? Of course, now I know that my toilet anxiety was actually hindering my true personality and social potential. I can’t believe I worried about the person I’d be after therapy, when in fact she’s sunnier, calmer and, ultimately, £10,000 richer. So maybe money can’t buy you happiness, but it’s bought me a reason to not resent my teenage self and the taboo phobia that came with her.