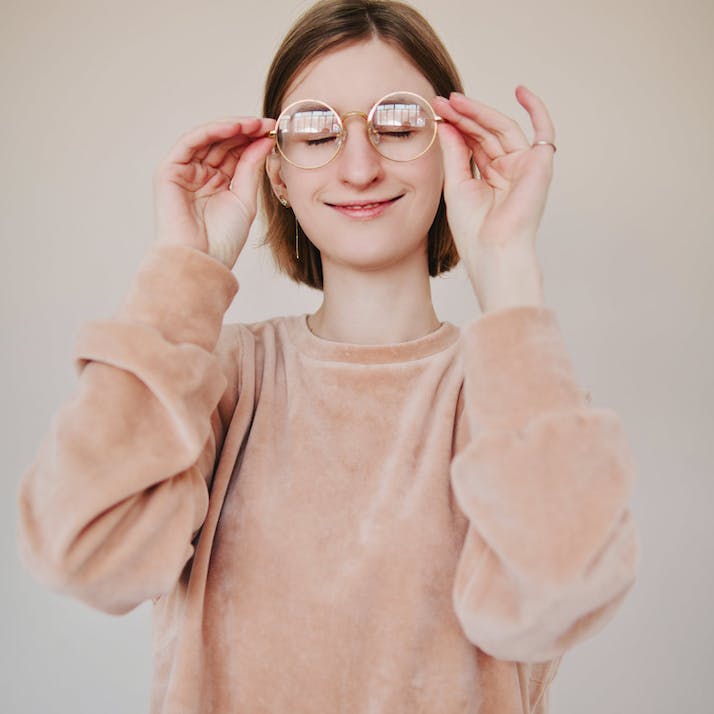 How My Teacher Changed My Life in High School

A young woman who attended an all-girls private high school in New York City describes how her teacher changed her life for the better, for good.

From the moment I walked through the doors to my all-girls private school in the West Village, my life went downhill.

Imagine a tall, large girl wearing an ankle-length plaid skirt, buttoned-up shirt, glasses and a rolling backpack. That was me, the only girl at school with more than one brain cell.

I didn’t roll up my skirt as the other girls did in an attempt—and shall I say a mostly unsuccessful one—to look “sexy” for the prepubescent boys at the school across from ours. I couldn’t fathom how they justified walking around the seedy city streets that way, but they didn’t seem to think twice about it. Those were types of decisions that made me realize I was different.

I Didn’t Exactly “Fit in” in High School

Let’s just say I was mature for my age. I didn’t have the time or patience to deal with typical high school drama. All I wanted was to get my diploma and leave. The next four years of my life were filled with vicious bullying and teasing that left me isolated and alone.

Think about the movies where the stereotypical “weird kids” sit next to the garbage can because nobody wants to sit with them at lunch. That essentially sums up my high school experience. Nobody wanted to sit with me, or even look in my direction. I spent nearly every lunch period eating in a bathroom stall. I didn’t have anything better to do than spend the only forty minutes of freedom I had all day curled up on top of a toilet seat.

Back in class, I spent my time with my head buried in my books, which acted as a shield to protect me from the other girls. As long as I didn’t have to see them, the situation was tolerable. However, the girls would take my books and make me chase them around. I didn’t want to feed into their juvenile antics, so I would pull out my phone and listen to music. Eventually, they’d stop and put the book back on my desk, but it wasn’t easy.

“”
The next four years of my life were filled with vicious bullying and teasing that left me isolated and alone.

The Beginning of a Lifelong Student-Teacher Relationship

This continued on a daily basis until I was in tenth grade. In my second year of high school, I took British literature with one of the teachers who many of the other students considered “difficult” or “annoying.” However, I didn’t find her annoying or difficult at all. She just wanted us to do the essays and assignments, which the other students saw as outrageous, despite the fact that we were at school. Their logic made absolutely no sense to me. Instead of giving our teacher a hard time, I just did my work.

Over the course of the year, the relationship between my teacher and me grew to the point where she became the one person I could trust. Her office was my safe space. Instead of eating my lunch in the bathroom stall, I would eat with her. It was just the two of us, and the other students were too intimidated by her to disturb our time together. I enjoyed having that sense of security even if it was just for the span of a lunch period.

Throughout the rest of high school, that teacher remained my go-to person. When I needed advice about college, had homework questions or just needed a break from the constant stares and harassment from other students, I could always go to her office. Since I was such a “nerd,” I usually had all of my work done weeks in advance, so I was basically only going to school to be marked present. She knew that I had a strong work ethic and that I would thrive so much more after high school, out in the real world.

In order to provide me a glimpse of what adulthood looked like, she let me help with some of her work such as grading tests and quizzes. I loved it.

My English Teacher Made a Difference in My Life

If I didn’t have my teacher to turn to, the last three years of high school would have been a horror show. I honestly don’t know how I would have made it through. While letting me sit in her office probably didn’t seem like a big deal to her, it was quite literally a lifesaver for me. In my junior year, I had an intense mental breakdown that led me to seek professional treatment and medication. I was weeks, if not days, away from taking my own life, because all I wanted was to be someone else or exist separately from my problems. My English teacher gave me a reason to go to school. Being her little helper gave me the sense of being wanted that was exactly what I needed at that point in my life to stick around just a little longer.

I frequently think back about what would have happened if I had been paired with a different teacher for English class. I’m a pretty firm believer that everything happens for a reason, and that it was fate that brought us together. She helped me find my passion for writing and get to the point I am now as a successful college student and freelance writer.

To this day, I still keep in touch with her. She’s an influential adult figure in my life, and someone who I look up to. For anyone struggling to fit in at school, I believe there are other teachers out there who can serve as a lifeline—you just need to find them.