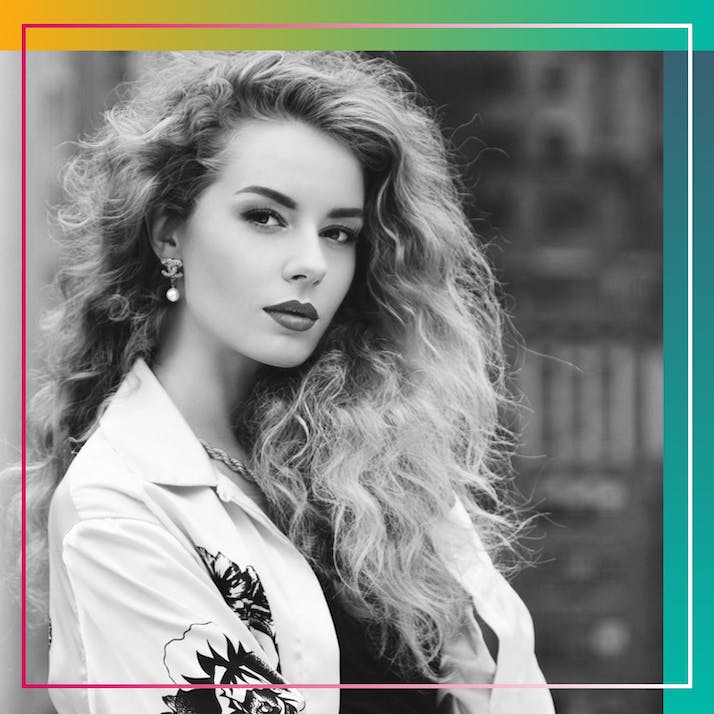 How I Moved to New York and Survived as an Actress

Growing up in a struggling household taught me how to live within my means and never complain about hard work.

When I moved to New York City with a $20 bill in my pocket to become an actress, I knew that it wasn’t going to be a walk in the park.

I had no connections in the industry and no savings, and I knew that I would need a day job to acquire the bare necessities. I eventually worked long hours doing overnight shifts as a cocktail waitress and bartender. I would work until almost 6 in the morning, which would become exhausting. Financially, I wasn’t able to take off a shift at the bar to work an acting job, because I made more money behind the bar than I did on set. As I sometimes rushed between bars and gigs, I hated that other actors could sleep well because their parents fronted their rent.

Still, I’m proud of pursuing the American Dream with a family of blue-collar workers who didn’t coddle me but taught me life skills, values and work ethic. Eating out meant going to the gas station with only a $5 bill as a kid, and the concept of dressing in formal attire for a restaurant was foreign to me. I cherish that.

“”
Pain and struggle weren’t new to me.

Moving to NYC From the South Was a Culture Shock

One of my first jobs in the city was dubbing commercial tapes in Times Square for $10 an hour. It was a family-owned business whose purpose was to clean up commercial spots before they went to air. It was a few blocks away from the acting conservatory I went to and a quick train ride back to Queens, where I was living at the time.

The company owner’s son showed me a taste of some of the characters I would be running into over the next decade. Not only did he tell me that if a girl got raped, it was because she “dressed like a slut,” but he also wrongly assumed that the Dolce & Gabbana purse that I bought with tip money from my waitressing shifts was “a gift from Daddy.” Even if I was aware of the many laws intact to extricate us from this type of workplace abuse, I was always one to fight my own battles.

“Oh, yeah? Is that how the girls in New York are raised?” I would snidely respond. He would look dumbfounded, like he wasn’t expecting my 19-year-old self to react with ease.

“Where are your parents from?” he barked back.

“People in New York City are usually first- or second-generation American,” he said in disbelief before he stopped harassing me for the day.

I always felt like I wasn’t allowed to be patriotic. New Yorkers genuinely thought Americans in the Southern States were racist. This was an eye roll. I went to an equally distributed mixed-race high school, and my best friend and first kiss were from a different race than me. We never spoke about it. Obviously, we looked different, but everyone does. It turned out that New York was more segregated than my hometown, so their projection onto places they’d never visited wasn’t surprising to me.

I Quickly Learned You Can't Please Everyone in the Acting Business

It had always been a dream of mine to explore the vast country that I called home. Many people in my hometown were content with never leaving, and even in New York City, there were some who never left the block they grew up on. I couldn’t imagine thinking that the rural South was America, but in contrast, it was even wilder imagining that some thought there was nothing outside of New York County’s lines.

I was mocked for wearing cowboy boots in acting class, and I was told that my Southern drawl needed to be pocketed. As an actor, this made sense to me. I needed to transform into a character, and I couldn’t just portray myself on stage. We would do exercises in class that would require us to repeat each other’s words by starting with an observation.

I boiled with anger when my scene partner started with, “You have pimples on your face.” I was told by a friend in the industry that I needed Proactiv and to dye my hair blonder if I wanted to get cast; then, I was told by an agent that I was “too pretty and too white” to make it far. I felt like no one would ever be pleased, so I just tried to focus on the craft rather than changing myself completely for people who would always try to find something wrong.

The mockery didn’t stop outside of the conservatory’s doors. Oftentimes, I would run into someone who would try to negatively impact my drive toward success. “If you don’t come from money or know someone in the industry, it’s going to be hard for you,” some would say. “If you don’t sleep with someone, you’re going nowhere.” I was told that a few times. But I was determined.

My Upbringing Ingrained a Strong Work Ethic in Me

Pain and struggle weren’t new to me. I didn’t grow up dirt poor, but my family was frugal. We were the typical blue-collar, middle-class family that makes up most of America. I was taught to work and save at a young age, and regardless of my upbringing, I knew that I would be my only limit.

No one in America is forced to work, but it’s obvious that if you want to live a comfortable lifestyle, you have to. It was absurd to me to overhear fellow classmates complaining about having to work when I was juggling multiple jobs by choice. I wanted to make enough money to focus on my craft. And when I had a job that I felt didn’t suit me anymore, I would leave. We all have the freedom of choice.

On the contrary, I met many who would milk the system. They would make sure they made under a certain amount of money so they could get the benefits of welfare. Instead, I just worked more so that I could take home more. I will never forget the security guard at a lounge where I once waited. “When I get tired of this, I’m going to try something new,” she told me. You are not married to a job unless you choose to be.

“”
No one owed me an explanation about why I didn’t get the job.

I won’t give in to the idea of being oppressed in America in 2022. Everything is within arm’s reach. My ancestors worked in coal mines, and the concept of pursuing a career in the arts seemed like more of a vacation than a career to my family. Yet I persevered. “Making it big” is a distorted idea that is set to crush our heart’s desires. For me, living comfortably in an artistic career and having a flexible schedule to be with those who I love is more than enough. I never wanted to be a millionaire. But in America, that’s possible.

It’s possible to be self-made through drive and talent alone. A friend of mine from Europe once remarked that in her home country, she wouldn’t be able to get a job without a degree. In America, there are many jobs that take experience into greater consideration. It’s easy for bitter people to knock the idea of an American Dream, but the idea of it is dependent on where our spirit lies.

I could believe that I was doomed to fail because I didn’t grow up in privilege. Failure is also a concept that we create through romanticizing how we wish to exist. Some think the idea of not failing means not worrying about money, and some think that it means a collection of awards. Others see it as a spiritual concept that is between God and us.

A life of ease without growth can actually be more destructible. The route we take in life is based on how far we all want to go. There will be roadblocks, but no one owes us directions to a detour. And as I learned after many auditions, no one owed me an explanation about why I didn’t get the job. It is not until we give up the idea that we should never have to struggle that we will finally be free.