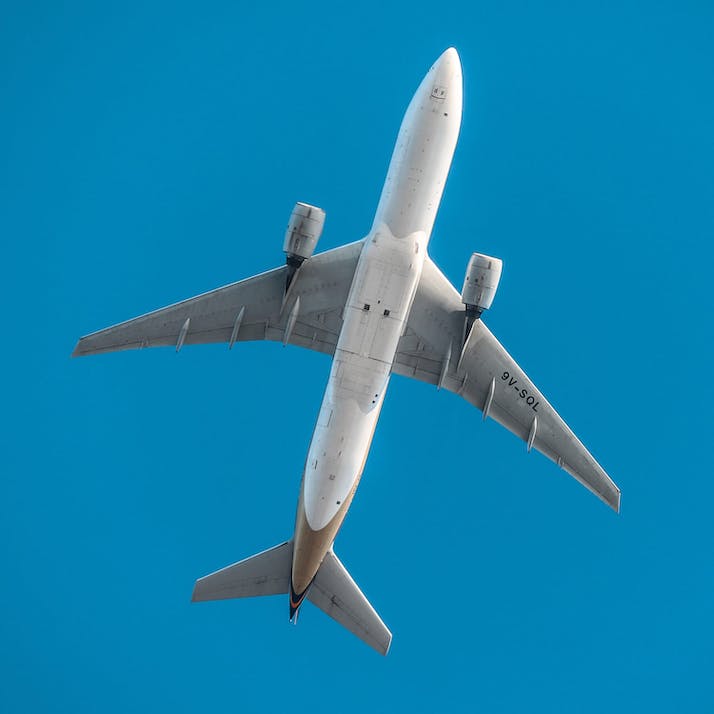 How a Stranger Helped Me Overcome My Fear of Flying

A hungry traveler without the proper currency finds food and a friend in a Sri Lankan airport.

I have suffered from a flight phobia since my childhood. The process of boarding a flight, enduring long layovers and learning about last-minute delays makes for a nerve-wracking experience. During flights, I usually experience vertigo, nausea and jitters, especially if it’s a turbulent one. I can’t relax while commuting in any form, but air travel is the worst.

As if Dealing With My Aerophobia Wasn’t Enough…

Last year, I was on a Singapore-bound plane trip from Karachi with a six-hour layover in Colombo, Sri Lanka. To avoid 12 hours of unrelenting anxiety, and since I was preparing for a long flight, I had taken a mild medication (which had side-effects that included increased appetite) to calm my nerves. While the flight was mostly smooth, my layover extended to eight hours because of weather conditions. This was a cause of worry for me. Because of my medication, I was ravenous and discovered that I happened to have only Pakistani rupees and Singaporean dollars in my wallet.

The money exchange counter at the airport offered little help. The airport wasn't accepting Pakistani rupees as currency, and told me that converting my dollar note would account for considerable loss due to the exchange rate. I decided not to try it. This trip occurred during late December, so the entire airport was festooned with baubles and streamers. There were tempting Christmas deals and fantastic discounts in shops all over the airport. Since I’m partial to both and can turn into a bit of a shopaholic on occasion, it took a superhuman amount of self-restraint not to browse through the tempting array of perfumes and chocolates. The lack of cash in hand, however, fostered my resolve.

A Stranger Came to My Rescue

While I was whiling my time away by strolling the tiny, glitzy Colombo airport, I noticed a scarf-clad girl about my age smiling at me. I had seen her six hours earlier while waiting for my flight to board at the Karachi airport lounge. We had briefly chatted—she could talk a mile a minute—and I learned she was a lawyer traveling to Malaysia for sightseeing. Our introductory chat was cut short once we began boarding, and our seats were far apart, so we didn’t get a chance to continue our conversation.

When I spotted her again, I was relieved to see a familiar face amongst the sea of strangers. She approached me, smiling, and asked me about my issue (she had seen me arguing with someone at the currency exchange counter). I told her about my predicament, and she immediately offered to help. She had Srilankan rupees in cash, and persuaded me to at least share a pizza with her at Pizza Hut since she was craving some company. I refused, but she wouldn’t take no for an answer.

I was starving, in all honesty, so I agreed to her offer. We discussed our families, places we had traveled and everything in between. Time flew by. We even happened to have a few mutual acquaintances. Eventually, we exchanged numbers and added each other on social media. She confided that last year, on her way to the Maldives, she had made an unlikely friend in a similar fashion with whom she was still in touch. I offered to pay her back in Pakistani rupees, or later from Singapore, and asked for her bank details. She wouldn’t hear of it. She suggested I could probably treat her to lunch once we were both back in Karachi from our respective trips, and I agreed.

Pizza and a Friend Are a Great Match for Aerophobia

The cheese and bread did wonders for my nerves and satisfied my hunger pangs. Soon, the announcement came for us to board our respective flights and we parted on cordial terms. We don’t get much time to meet in person due to our hectic schedules but have kept in touch over social media. When we occasionally meet up for lunch, I make it a point to treat her to Pizza Hut, a choice she finds very amusing.

To this day, she hasn’t accepted my offer to pay her back.