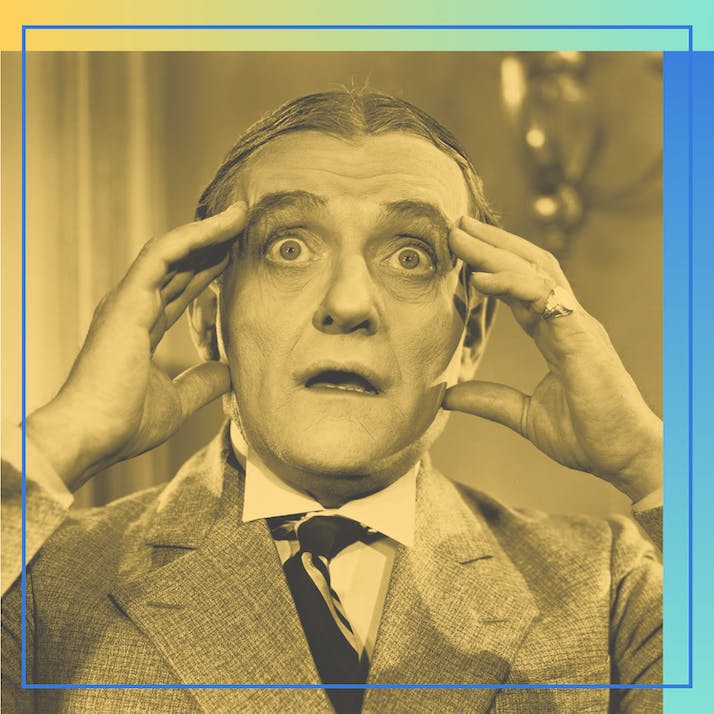 How I Discovered My Mind Control Fetish

A man opens up about discovering his ever-evolving kink.

I discovered my kink early on, when I was around seven or eight. I was at a sleepover with friends or relatives, I can’t remember which. We were going to bed, and someone decided to play a cassette of a Batman audio story, because we were seven or eight and we loved Batman. The villain of the story was Catwoman, and her evil plot was to infect Bruce Wayne with mind-controlling catnip and force him to help her steal some jewels—not knowing that he’s really Batman! I only heard the story that one time, four decades ago, but I can still remember how he escaped by cutting his hand and using the pain to focus. I also remember that Catwoman told him, “You’ll stay in this cage and like it!” By that point he was mind-controlled, so his thoughts went from, “Pain…pain…pain,” to, “Nice cage.”

At that point in my life, I didn’t know what catnip was, much less intercourse. But I knew that, whatever it involved, Bruce Wayne wasn’t the only one who had magic catnip feelings. I had seen enough Adam West Batman TV to know that Catwoman (either Newmar or Kitt) was sexy, which was appealing. But the real thing that was catnip wasn’t the sexiness, really. Nor was the idea of being Bruce especially appealing. I didn’t want to be in his shoes. I wanted to watch him changed.

“”
I spent the next decade-plus trying to find other narratives that provided me with that particular painful pleasure.

And so, with a certain furtive confusion, I spent the next decade-plus trying to find other narratives that provided me with that particular painful pleasure. As an adolescent, I read a ton of science fiction and fantasy, some of which, it turned out, was written by people who had a thing for mind control: Piers Anthony, John Varley and particularly Jack L. Chalker, a frankly bad writer who banged out tales of body-swapping and sex slavery with a cheerful and revealing facility. I think I first masturbated to orgasm after reading a passage in a book from his Soul Rider books, set on a planet of reality-altering magicians who put their powers to improbable uses. One of his favorites was giving women penises in their mouths, so when they kissed other women they were essentially getting oral sex. Like futa porn, but mouths.

For a while, I even tried to supplement my income by writing some dirty stories of my own. The one about the research facility invaded by giant sex worms from outside space and time was probably the best, not least because I imagine Lovecraft himself would recoil in unnameable horror—not so much from the sexual content as from the idea that anyone would write fiction with women in it. In any case, pretending to be an erotic fiction writer was a good deal of fun, in various senses, but either my niche was too niche or I just didn’t have the right marketing formula. In any case, the cash did not flow like bodily fluids and I moved on to less sex worm-y pursuits.

All of which may lead you to ask: What the hell is wrong with me? Is there some half-buried trauma in my childhood? Some ugly secret that has led me down this path to the sex worms and the throat penises and the unpleasant mind-rape fantasies? Do I hate women? Am I a violent person? What, in short, is my problem?

I don’t think I’m particularly violent. Misogyny is endemic in our culture and I’m sure it’s in my head like it’s in anyone’s. But I don’t know that Tabico’s stories of lesbian sex with disgusting insect larvae are more harmful than your average stalker-glorifying rom-com. The line between reality and fantasy is clearer when you’re talking about sex slugs, at least. You could watch a bunch of rom-coms and start to think that after a woman rejects you, you need to keep sending her flowers and serenading her and being in her space until she finally gives in. But, barring some intra-dimensional invasion, even the creepiest would-be stalker, of whatever gender, is unlikely to infect anyone with parasitic brain worms.

My guess is that people’s sexual identities and preferences are shaped partly by their experiences, partly by biology and partly by who-knows-what. One person likes apples and someone else prefers pears—there isn’t any doctor or psychiatrist who can tell you why. Human beings are mysterious, and there doesn’t have to be any one explanation for why they are who they are. Jillian Keenan, in her book Sex With Shakespeare, talks about how she has basically always had her spanking fetish. Like many kids, she was occasionally spanked as a child, but that isn’t what gave her a fetish. Instead, her kink meant that when she was spanked, she experienced it as a sexual violation. Trauma didn’t create her kink, though her kink shaped her experience of trauma.

Sex-positive boilerplate insists that you need to own your desires publicly, and explore them freely with your partners (the more the better). That’s a message that has helped a lot of people get over shame and stigma, and I’m not knocking it. But luckily (considering the sex worms) for me, my fantasies mostly feel most comfortable as fantasies. My lifelong relationship with my kink has been mostly in my head—my mind telling itself what it likes, in a cage of words that is me.