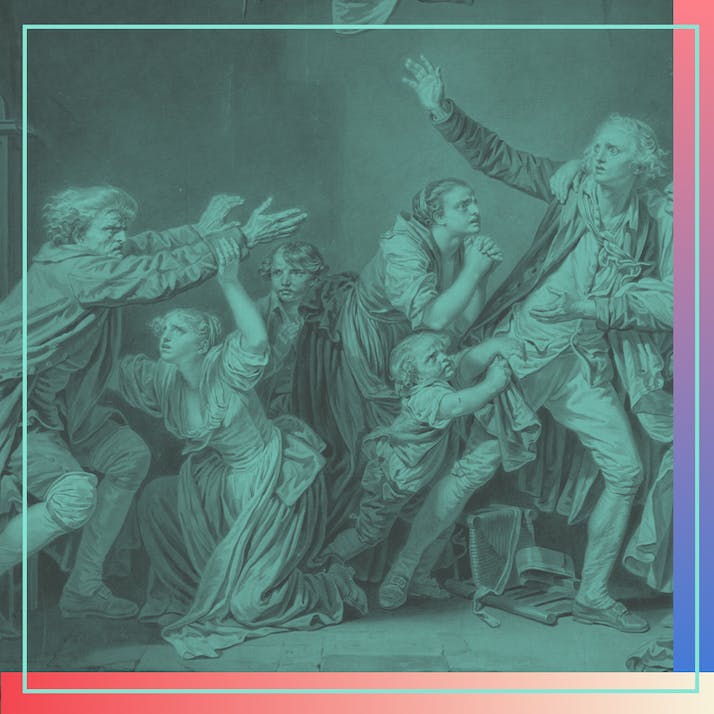 Their toxic views made me hate myself—now I want to have fun.

I have a recurring fantasy of how I want to come out as bisexual. I do it publicly, on social media, and incite chaos in my homophobic family.

It may be a picture of me, or maybe it’s just the bi pride flag, and it says something to the effect of: “I am bisexual. It took a long time and a lot of work to overcome the homophobia I was surrounded with growing up, but I finally understand that this is who I am and I am proud of it.” It is direct and serious and leaves no room for questions. I imagine that in the outpour of support from my friends and colleagues, I will get lots of texts and phone calls from my mom, asking questions like, “Why didn’t you tell me before? You really should have told me privately before shaming us publicly like this. I can’t believe you would call us homophobic!” Maybe my dad finds out when a cousin or aunt shares the post with him. Maybe he desperately tries to call me in a rage, sends me insulting text messages or possibly just ignores me entirely. Whatever the response, I do not engage but bask in the glory of the shitstorm I’ve created.

It makes me giddy to think about shattering my hateful father’s illusion of who I, his one and only son, really am. Destroying the illusion that we are a happy, functioning family. I secretly hope that he’s bigoted enough to disown me entirely when he finds out. I want to deny him the ability to sweep this under the rug, to keep it hidden from my extended family. I want my mom, who enabled his abusive, hateful parenting style, to see my post and understand why I’ve become so distant from them. I don’t want their acceptance. I just want them to leave me alone.

I do also have constructive, positive reasons for wanting to come out: Announcing to the world that this is who I am, confidently and unequivocally, would feel amazing. Really, I just want to be my authentic self. But the thought of making the homophobes in my family squirm feels like it would grant me even greater joy and catharsis.

“”
What is the value of acceptance from unrepentant homophobes?

My Family Made It Hard for Me to Accept My Sexuality

I could not accept that I was bisexual until my 27th birthday. Looking back, I had known I was bi since I was 14, and yet it took me over a decade to earnestly admit it to myself and even longer to feel comfortable enough to share it with the people closest to me.

Like many queer people, I didn’t have the luxury of my parents’ unconditional love to make me feel secure in exploring my sexuality. I didn't even have to waste my time guessing whether or not my parents would be accepting of me if I was gay. One evening at dinner when I was 15, my dad made a homophobic comment about the idea of gay couples having the right to marry. I spoke up against him, and we got into a heated argument. My mom mostly sat on the sidelines, but at the end, she asked my dad, “What would you do if our son was gay?” And his answer was, “He wouldn’t be my son.”

And so, armed with years worth of direct and indirect reinforcement that being heterosexual was the only way I would ever earn the love of my parents and peers, I waged a protracted war against myself. I found plenty of excuses to disregard the clear signs and feelings I was experiencing. As a student in an all-boys Catholic high school, I dismissed the attraction I felt toward several of my classmates as just a natural consequence of not being around any women. Besides, how could I be gay if I was also attracted to girls? I didn’t even consider the possibility of bisexuality—I was either completely straight or completely gay, and any middle ground or nuance was just living in denial, which I couldn’t cope with. I leaned hard into embracing the toxic masculinity modeled by my father and peers, hoping that I could fake it till I made it into being a straight, strong alpha male. Unsurprisingly, none of this worked, and I left high school a confused, anxious, angry mess who was still experiencing those feelings of attraction that threatened my fragile sense of identity.

I Finally Found Freedom (With Some Help From My Friends)

Fortunately, moving out of my parents’ house and going to college liberated me from the cave I had spent my formative years trapped in. It took quite a bit of time to become accustomed to the light after years of living in darkness, of course. I became friends with many open-minded, diverse people who helped expose me to ideas and experiences I was completely deprived of at home. Over time, I was able to deconstruct and discard the biases and pessimism baked into the unhealthy self-image I was raised with. Finally, I was able to step out of the cave and bask in the spectacular light of the outside world. However, while I had finally succeeded in figuring out who I wasn’t, discovering my true identity took almost equally as long. I understood that sexuality was a spectrum, rather than a binary, but I still didn’t feel comfortable placing myself too far from the heterosexual end. I had found the love of my life, the woman who I would go on to marry, so I figured there was no point in languishing over this question anymore. I knew there was a good chance I wasn’t completely straight, but I figured I was happy with the way things are, so did the question of my sexuality really need a definitive answer?

I couldn’t tell you exactly what caused me to realize I was bisexual. Most likely, it was a lot of small things that built up over years and finally reached a point where I couldn’t deny it anymore. Or rather, I didn’t want to deny it anymore. One night, I was at a house party with some friends and we were talking about sexuality. My tongue had been loosened by a few drinks, and for the first time, I said out loud, “I feel like I’m probably a little bisexual.” Immediately after the words came out of my mouth, I felt a sense of joy, with none of the guilt and shame I was used to carrying around. I knew deep down that I was speaking the truth about this part of myself for the first time ever, and it felt incredible.

I sat on this feeling for about a week, thinking about it constantly, until I finally felt comfortable and confident enough to admit to myself, “I am bisexual.” Once I had that moment of acceptance, I sat down with my wife and opened up to her about it. She was incredibly accepting and supportive, as I knew she would be. I went on to tell the rest of my closest friends afterward. If I thought I was free before, this was like a whole new level of freedom I never knew existed. Being honest, not just with myself but with others, about my sexuality and identity gave me a sense of happiness and comfort I never experienced before. It felt like decades of repression and self-doubt were melting away, and I had finally found my true self.

“”
This was like a whole new level of freedom I never knew existed.

I Know My Family Will Never Accept Me

In this wave of joy and self-acceptance, I never wasted a thought on whether my parents would accept me the same way my wife and friends had. Even if they did, it would feel meaningless or even demeaning. What is the value of acceptance from unrepentant homophobes? Why would I feel comforted by them simply tolerating me, especially when I know that they resent all other queer people? Honestly, any tolerance or acceptance I could expect from them would only be granted because I happen to be in a heterosexual relationship. If I was married to a man, I know I would receive no such support. At best, they will convince themselves that I’m just confused and never bring it up. At worst, they’ll assume I’m just a closeted gay man and my marriage is a sham. I don’t want their fake acceptance, and I know that if they were capable of truly loving me for who I am, they would have demonstrated it through their words and actions long ago.

Now I find myself sitting with this mischievous fantasy of publicly coming out and possibly destroying my family in the process. I am delighted by the thought of the shame that my dad would feel, the guilt that my mom would experience for never speaking out when my dad was spreading his hateful ideas about LGBT people. Coming out publicly would give me an immense sense of relief that I felt when I came out to my wife and close friends, but the ramifications that it would bring upon my family is a delectable cherry on top of it all. It feels like revenge for my repressed, abusive upbringing. Revenge for the person that I could have been if I was offered the security of unconditional love that all children should have. I am lucky enough to be completely independent of my parents, and because I am too afraid of confronting them directly, I have to resort to this fantasy of forcing them to disown me. Would it be so much to ask for the easy way out for once?