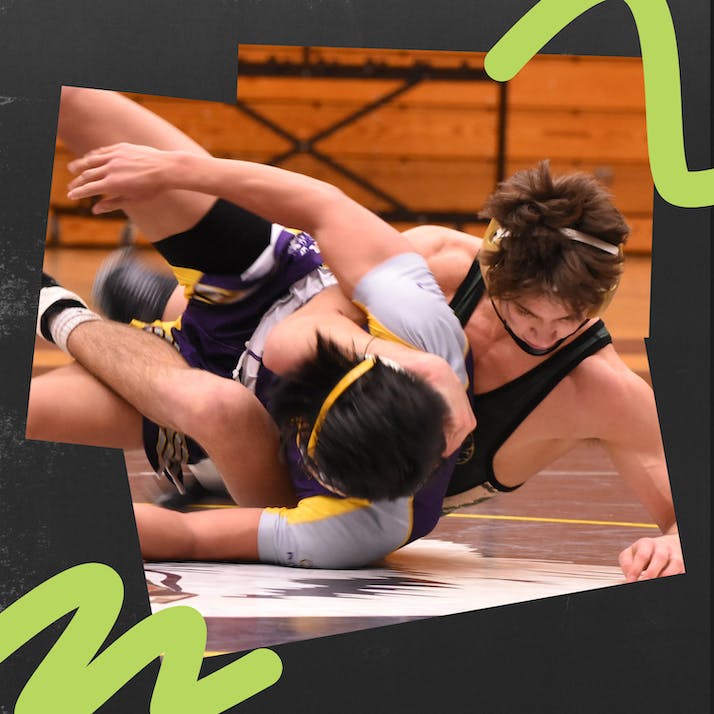 Football Runs the Show: What It's Like to Be a Neglected High School Wrestler

A Texas student-athlete details how his achievements have been constantly undermined by the real focus of the community.

My face was buried into the sweat-soaked mat, my tears making the already damp surface even slicker. Fighting through the pain, I realized just how unbalanced sports in public schools are.

I wrestle at a school that also has an award-winning football team. My team itself includes a large number of football players who join each year after their season is over. We live in Texas, so football means a lot here. But not many people understand the consequences of placing so much attention on it.

“”
We live in Texas, so football means a lot here. But not many people understand the consequences of placing so much attention on it.

Football Players Get Special Treatment at My School

Recently, I sprained and tore some muscles in my right bicep and deltoids while practicing with my wrestling team. The pain was immense, making every single movement excruciating, no matter how small. Following the other wrestlers’ advice, I went to get it checked by the athletics trainers. When I stepped into their office, I was immediately met with eye rolls and dismissive glances, as though I was bothering them for no reason. I mustered up the courage to explain my pain and ask if they could help me. At first, they told me that it was probably nothing, just a typical ache or pain that comes with strenuous physical activity. When I attempted to describe the feeling in my arm, which had been growing worse over the past couple of days, they brushed it off.

As I was standing there explaining my case and cradling my arm—since each time I let it hang at my side it felt like it was getting ripped out of my socket—a well-known football player came in. The trainer immediately turned to him, and listened intently as he explained that he jammed his toe during the workout that morning. He wanted a note to excuse him from workouts for the next few days, since he could (allegedly) barely walk due to the intense pain he was in. The trainer all too willingly obliged.

When the player left, I went back to fighting for validation from training staff who are paid to help and support all athletics but choose to make football their only priority. Eventually, it became obvious that the trainer wasn’t going to help me, so I left and continued to go to practice. I fought through the pain as I was pinned, thrown and crushed under other wrestlers each evening. Most days the anguish would be enough to make me consider giving up and quitting wrestling. My coaches treated me with the same attitude as the trainers, telling me that every athlete is going to hurt sometimes, and that sitting out was letting the team down.

I Had to Beg for Attention From Our Trainers

My mother is an experienced massage therapist who has worked on individuals of every background and lifestyle, including athletes from all walks of life. When I told her about the pain I was experiencing, she examined me and informed me that I had sprained and torn a few muscles. Continuing to wrestle could seriously injure me further, she said. Validated and relieved that someone could actually help me, I returned to the trainers armed with my diagnosis, only to be shot down again.

When I explained what my mother had said about my injured ligaments, they looked me in the eye and mockingly asked me what she did for a living. They were put in their place when I triumphantly replied that she was certified in massage therapy, and knew exactly what she was talking about. They reluctantly gave me some small stretches to rebuild my strength and gave me a note to be excused from practice for a few days, but continued to make me feel as though I was simply being a crybaby about the whole thing.

What they didn’t realize was that I broke my leg the first month of school, and had already been in a boot and on crutches for a good portion of the school year, but I still swam on the swim team when I was cleared by the doctor. The doctor who cleared me had also warned that I would have pain in my leg for several months after the bone healed, and it was entirely true. I even joined the wrestling team during the healing process and braved each practice, even though I was unable to run or jump or even place much weight on my right leg. When the trainers acted as though I was being sensitive, I felt outraged, considering how much pain I fought through every day and how hard I worked over injuries, just to be told that I was overreacting.

Meanwhile, any football player that came in, regardless of what injury they claimed, was treated with the utmost respect and care. They got better treatment, a bigger budget and more staff. My wrestling team doesn’t even get sufficient athletic tape, and when our coaches have asked for athletic staff and trainers just like every other sport, they’ve been refused. Our injuries are disregarded, our wrestlers ignored, our equipment used and battered with no hope for quick replacement. The feeling of blatant disrespect leads injured players to continue playing, hurting themselves and other team members in the process. It also leads to unnecessary tension between teams, damaging morale and burning bridges that would be better left standing.

“”
I stared at the state titles and records on our mat room walls and wondered why no one cared about us or our wellbeing.

When One Sport Gets All the Attention, the Rest of Them Suffer

There is more than a physical aspect to this imbalance, the mental repercussions are astounding and obvious. We feel inferior to the football players, and the lack of understanding about what hard work wrestling is causes us to lose respect for our own sport. We face a lot of the same risks that football players do, and many that they don’t. We are held to the same standards, but given less support. We struggle to find reasons to pick ourselves back up after every tough match and every exhausting workout, having only our teammates to lean on when we can’t do it ourselves. And in a drama-filled atmosphere like high school, this isn’t always available. So we suffer and desperately try to make our bodies work even harder to earn the respect that is so generously given to the football team and their staff.

So as I lay there, my injured arm pinned behind my back, radiating pain from my shoulder down to my wrist, I stared at the state titles and records on our mat room walls and wondered why no one cared about us or our wellbeing. I urge everyone to question why one sport deserves resources to the point of harming another. We are all athletes deserving of help and support in any way that we need.