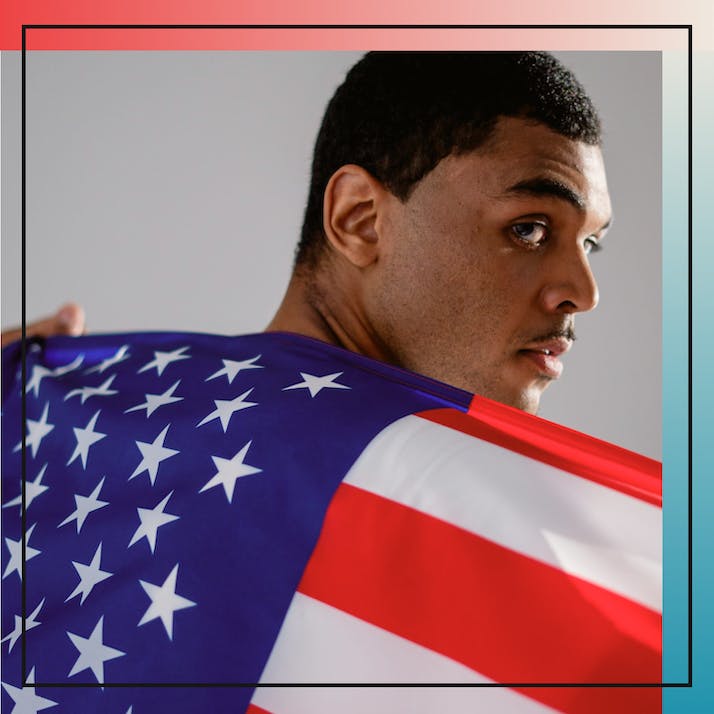 I Work for the Republican Party: Here's What I Know About the American Dream

Not everyone has the same aspirations. That is what makes America great.

Working in campaign politics, I hear a lot about “the American Dream.” It’s a popular phrase for politicians to use in speeches and ads in order to conjure up warm, fuzzy feelings about rags-to-riches success and pulling yourself up by your bootstraps.

But what is the American Dream, really?

The American Dream Can Be Defined in Many Ways

The American Dream is both iconic and elusive. Though it is a famed ideal, its definition is rather vague and subjective. Traditionally, it refers to a person’s ability to come from any background and rise above their struggles, ultimately achieving success because of their hard work and the freedoms and opportunities afforded them in America. Stereotypically, the emphasis is materialistic—working hard so you can own a nice home with a white picket fence in the suburbs, for instance.

While there is nothing wrong or evil about defining the American Dream as simply achieving a successful career and material wealth, I believe the true meaning cannot be encapsulated in such a narrow frame. It is so much bigger, broader and better than that.

The American Dream is not as shallow as the rest of the world or Hollywood or even politicians make it out to be. It is the American Dream that brings hopeful immigrants to the U.S., inspires first-generation college students to press on and earn their degrees and gives a single mother the fortitude to work three jobs to give her children a better life.

As I mentioned above, I’ve had the privilege of working in campaign politics for the past several years. My resume includes work for the Republican Party, for right-leaning organizations and for conservative candidates. I have worked on local, congressional, gubernatorial and presidential races and have experience in grassroots organizing all the way up to campaign management. It is a whirlwind lifestyle, not for the faint of heart, but I love it. I’ve spent my last several years traveling the country, working for inspiring candidates, talking to voters on both sides of the aisle and getting to know the volunteers who are fighting for their beliefs and way of life.

Through talking to hundreds of Americans along the campaign trail, I have realized my American Dream is intertwined with the dreams of the people I have met. The stories I have heard are impressed on my heart forever and will guide my future endeavors.

“”
The American Dream is not as shallow as the rest of the world or Hollywood or even politicians make it out to be.

I met people like Marvin from the East Coast, whose skeletal frame was covered by beautiful ebony skin and whose smile always stretched ear to ear. His only method of transport was a bicycle or the kindness of a friend. He rode his bicycle to meet our team on Saturday mornings and weekday afternoons so that he could knock on doors and talk to voters about the candidates he supported. One time, he biked 36 miles round trip to attend a rally in a city nearby. He was well loved by both the local county party members and campaign staff, who gave him rides, bought him lunches and nominated him for volunteer of the week. As I got to know Marvin, I learned that he was one of very few in his family and community who voted Republican but that he was passionate about electing conservatives because he cared about his community and believed smaller government offered the best long-term solutions for low-income and minority communities. His American Dream was seeing his community rise out of hardship and into opportunity.

Then there was Katherine, who lived out West. She was single, in her mid-60s and had several adult children. She was a contrarian at first, but once she found out I would listen to her and respect her point of view, she became one of my most consistent and dedicated volunteers. She was lonely but kind. She occasionally invited me over to her small home for tea or dinner, wanting to make me feel comfortable in a new state. As I got to know her, I learned that she was disappointed in herself because her children didn’t see the world the way that she did and she felt that she had failed them. She explained that she was volunteering because she wanted to preserve the ideals of freedom, faith and family for her children, even if they didn’t recognize the value of those things. She prayed over them constantly. Her mother’s heart was the genesis of her American Dream: a better life for her children.

And in the Deep South, I had the privilege of meeting Ling, Ana and Johanka, who were all immigrants from communist nations. At a meet and greet one day, they were able to share about the horrors they had witnessed and experienced under communism. They were from different nations—China, Chile and the Czech Republic—but their stories were similar. They agreed that America is, as in Reagan’s words, the “last best hope of man on earth.” America to them was the place people could flee to when all else was crumbling. They spoke lovingly of our nation, claiming it was a symbol of hope and the promise of a better life for people around the world. It is a place of solace for those “tired…poor…huddled masses yearning to breathe free” as is inscribed on Lady Liberty. To them, the American Dream meant the promise of freedom, opportunity and new beginnings.

I got to know many high school and college-age volunteers and interns like Madeline, who was concerned about her future if America continued down the path it was on. She was a prelaw student who was concerned about protecting her rights to think and speak freely, dream big, assemble for causes she believed in and pursue happiness. Her American Dream was to become who she wanted to be and create a future she believed in, uninfluenced by an oppressive government or educational bias.

One day, a man named Hank walked into our office and asked if we could help him register to vote, even though he had served a felony sentence. It was a privilege to be able to tell him yes and assist him in the process. Seeing the smile on his face was priceless, and helping him fill out the paperwork made me feel like I was helping to restore just a little bit of his dignity. Before he left, Hank shared with me that he was passionate about freedom of speech and concerned about the censorship he was seeing both online and in the public square. He was excited to get to cast his vote for candidates he felt would protect that right. His American Dream was getting to contribute to his community again, thanks to the nation of second chances.

And there was also Peter, a retired farmer and businessman who dedicated himself full time to our cause. He celebrated his 80th birthday during the campaign and still knocked on doors, organized events, set up meetings and trained volunteers. He was invested for many reasons—the desire to preserve values he held dear, the need to protect his children and grandchildren’s future and the hope he felt when he heard our candidate speak about a unified state and nation. Peter could have been enjoying a blissful retirement on his farm, enjoying time with his friends and loved ones, but instead, he fought selflessly with us in the trenches. His American Dream was to leave an honorable legacy for his family and his community.

“”
I dream that we can course correct before it is too late and that I can contribute to the cause of securing a better future for my fellow Americans.

While yes, I am a conservative, I had the chance to speak to many liberal voters along the campaign trail too. Surprisingly, when we seem more polarized than ever, folks on both sides of the political spectrum seemed to have a similar sense of what the American Dream meant. A brighter tomorrow for their children. More equality and justice for their neighbors. A more unified nation. We all want Americans to survive and thrive.

Sacrifice. Hope. Pursuit of a better future. Those seemed to be common threads in every story I heard.

And what is my American Dream? Well, it’s ever evolving. The people I have met along the way—along with their stories, hearts and dreams—have become intertwined with mine. Ultimately, I dream of a better America that is in line with the ideals contained in our founding documents. We have made so much progress throughout the years, but at the same time, we have also lost sight of the value of many of our freedoms and the importance of preserving our unique system of governance. I dream that we can course correct before it is too late and that I can contribute to the cause of securing a better future for my fellow Americans.

I’m so glad we’re not all working toward the same dream of that white picket fence around a house in the suburbs. Instead, we are all working to better ourselves and our society in our own way. No, we don’t always agree on what is best for America’s future or how changes should be brought about or who is responsible for making the needed improvements. But if we all agreed, not only would it be monotony; the end result would be tyranny.

Our dreams might sometimes clash, propelling us in different directions, but it seems to me there is another way to look at it. The way that our dreams interact with one other, instead of seeming hostile, can be seen as iron sharpening iron. Our dreams can work together to help us collectively create the better future—that “more perfect Union”—we are all seeking. My American Dream is simply to be a part of that beautiful and painstaking process of creating a better tomorrow for all of us.