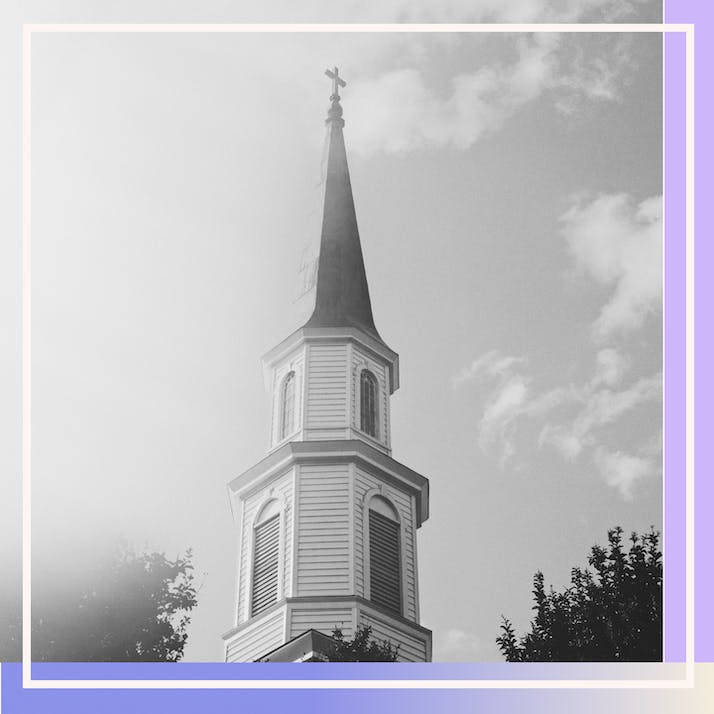 Here’s the Church, Here’s the Steeple: Here’s What Singing in a Choir Has Taught Me About People

Being a queer person in Bible Belt churches has shown me the best side of people.

For most of the past decade, I’ve worked as a staff singer in churches across all denominations, mostly in the Deep South. This unique experience has given me an intimate look behind sanctuary walls. While the dangers of the institution of the evangelical church in America cannot be ignored, one misconception I’ve found most often is about churchgoers. These people who some might write off as a monolithic hivemind of hate are so much more than that. There are a surprising number of congregants in these churches who are vibrant, compassionate and willing to open their hearts and minds. There’s an undercurrent of change happening right now, and I think we ought to pay attention.

The church, as an institution, has caused many people irreparable harm, but it was never an intimidating space for me. I’m aware that’s a rather unusual sentiment coming from an openly queer, leftist millennial, and I am vastly aware of my good fortune. And no, I didn’t go to one of those “hippie churches” either. I was born and raised LCMS Lutheran, and church was my life: working the sound booth at Saturday night services, being an acolyte on Sunday morning, going to confirmation classes and, later on, youth group every Wednesday night. While I stopped attending regularly in high school, I never developed a negative relationship with the church. Even in my youth, I realized that my church experience was abnormally pleasant given my identity, which is something I will forever be grateful for.

“”
These people who some might write off as a monolithic hivemind of hate are so much more than that.

How a Queer Person Ended up in Bible Belt Churches

When I went to college to study opera, I was intrigued to find that a common job for singers is working as a staff singer at local churches. My alma mater is in the Bible Belt, so I can imagine you’re probably asking the same questions I asked myself:

“Aren’t you worried about getting hate-crimed?”

And of course, “Why would you want to be in a room with all of those people?”

College doesn’t pay for itself, though. I know hymns like the back of my hand, and almost all of my older peers—many of whom were openly queer and openly not Christian—were doing it without hesitation. So, I figured, why not?

I braced myself for impact, fully prepared for my first Sunday to be jam-packed with hellfire, brimstone and the like. But when I arrived for our morning rehearsal, what I got was, well, not what I expected.

One of my first gigs was at a Presbyterian church in the heart of the college town I was living in. Many of the choir members were professors at my school, but seeing them in church added a refreshing layer of humanity. The Sunday sermons were usually about compassion, grace and loving your neighbor authentically. Every week, the pastor would lead the congregation in a prayer for the marginalized and in need, and he always made it a point to advocate openly for policy changes and legal action to uphold those who’ve been oppressed. From his pulpit came radical calls for justice, something I hadn’t experienced before, and something I surely didn’t expect to hear in the heart of Dixieland. I witnessed some churchgoers get up and walk out in the middle of sermons about tolerance, which I found to be quite poetic. We were coming up on the 2016 election, and the tension in the air was thick, but I was pleasantly surprised at how little the pastor backed away from serious subject material, something veterans of the choir confessed they’d never seen from him before. The Sunday after the election, there was a profound moment of silence, followed by a sermon on fear and perseverance.

My fellow staff singers and I were making our way out of church that day when we were approached by a few animated choir members. They went to great lengths to reassure us that we were safe and loved, and that “if someone has a problem with who you are, they have a problem with us too!” There’s nothing like watching a white-haired woman with a walker threatening to “kick someone’s ass” if anyone gives us trouble.

This was the day where it really sank in that this work was more than a paycheck. Making music with people makes personal connections almost inevitable, especially in their house of worship. I thought to myself, “Okay, maybe the stereotypes aren’t entirely true,” and I started letting my guard down. I allowed myself to shed the impersonal and emotionally detached approach I’d had before, and my music-making ability improved from my vulnerability. Leaving this church was bittersweet, but I knew a rough semester was ahead of me, so I made the choice to step away to focus on my studies.

Patience and Understanding Can Solve Anything

A couple of years later, I was out of school and between jobs when a friend put me on to a gig at a teeny, tiny church in a one-horse town in rural Georgia. The choir was no more than 10 people, but they welcomed me into the choir loft like family. I would bring my partner to rehearsals, and the other members adored him, even begging him to join the choir. The church was welcoming a woman pastor for the first time in its history, and you could feel the energy among the congregation that something exciting was happening. The only group of folks I ever heard them speak badly about were the Baptists up the street.

One man there, a Vietnam war veteran, engaged us “young folk” in a discussion before rehearsal one day. He revealed that he had a negative perception of immigrants and asked us genuinely for our input because he noticed that our generation didn’t seem too concerned about what his generation saw as a “crisis.” We went around and gently shared our thoughts with him and discussed misconceptions about immigration. One of my fellow staff singers told their personal experience as an immigrant. We watched as the veteran’s moment of vulnerability turned into a complete change of heart. He admitted he “never thought about it like that,” thanked us for our time and education, asked us for book recommendations and proceeded to tell us a heartfelt tale from his days in the war that profoundly impacted the way he felt about people from other parts of the world. He told us that he was excited for our generation to take things over because we would “do better than his generation did” and that, when it’s his time to go, he’ll go in peace knowing the world is left in “better hands.”

I still cherish that moment, that man and that teeny, tiny church. It’s something I look to when I need reminding that there is hope for mending division.

My most recent church job has given me a change of scenery, taking me to a United Church of Christ in the middle of the mountains north of the Mason-Dixon line. My partner and I had just moved over 1,000 miles to this new valley town where we knew absolutely no one. I sent out feeler emails to local churches about staff singing. One person got back to me, so we scheduled an interview. The music director was a woman around my age, so I already had good feelings. She heard me sing and then we did a little interview. I could tell she was dancing around a question for a while, but she ultimately asked me, “So, how do you feel about LGBTQ+ people?”

A bit unsure of where this question was headed, I decided to be honest. “Well, my partner and I are members of the community, so pretty good I guess.”

“Oh, thank god!” She sighed with relief and proceeded to tell me that this is an open and affirming congregation. Honestly, it’s the church of my dreams. There’s an enormous rainbow banner out front that reads “A JUST WORLD FOR ALL,” and that mantra flows through the entire spirit of the church. The lesbian pastor and her wife regularly walk in marches for social justice causes, engage in political activism by meeting with local leaders and offer safe haven to anyone who may want to come to the church, without indoctrination. The church takes part in a local ministry to house and feed the homeless; leads workshops and open forums on intersectionality and faith, white supremacy and institutional racism; and regularly holds interfaith worship services where those from all other religions, or none at all, are invited to come participate and build community. Churches like this one are paving the way in challenging theology and shifting the paradigm of what church in America could look like.

Despite the vastly different dynamic in these and all of the other churches I’ve worked for, there are a few things that I’ve found they all have in common: Most people are trying to live and love their best with the information they’ve been given. Patience and compassion go a long way, both in learning music and in learning life. And if you open yourself up to receiving love, grace and kindness, you’ll be amazed at how much of it you’ll find in the most unexpected places.

Of course, not everything has sunshine and rainbows. Occasionally, a parishioner says something that isn’t quite politically correct or asks a blunt or invasive question. But in my experience, reducing even the most straight-laced people down to an archetype based on preconceived ideas doesn’t allow the right circumstances for mutual understanding. When you level with someone and acknowledge their humanity first, the potential for growth can be limitless.