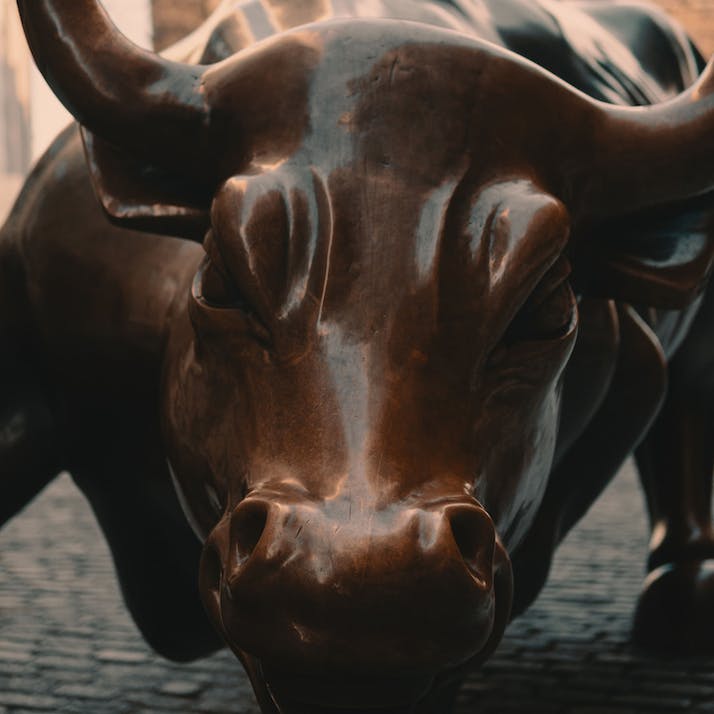 I Got in Early on WallStreetBets: How a Bunch of Nobodies Flipped the Tables on Wall Street

One of the first users of the popular and controversial Reddit board details how he helped spark a revolution.

The day I made my first meme for WallStreetBets, I was sitting in my office at a major bank, contemplating life and my choice to work in this industry in the first place. Management had just come by our branch and I had been told yet again that I was being passed up for a promotion. I knew that the physical branch’s footprint had been in decline and my chances of getting a commercial banking position were slim. I felt like my life was on autopilot, and an overwhelming sense of melancholy filled me when I thought about how little control I had over the course of my own existence. I remember the exact suit I was wearing, and the tie. At the end of my shift, I walked to my car in tears. When I got home I had to wait in my car until my eyes looked less puffy before I went inside. More than anything, I remember feeling the gravity of a mundane life full of responsibilities pulling me further away from the ambitions I had set for myself—from my dreams of success and a meaningful life.

While I was sitting there in my car in the driveway, I opened my Reddit app and started reading WallStreetBets. At that point, I had only commented briefly on the subreddit’s Daily Discussion threads. I knew that I shared a sense of humor with the community, and I knew a fair bit about the subject matter: stocks and the stock market. I read a story from one user who gambled $20,000 on a short-term options play and came out with $1 million. "Here," I thought to myself, "is someone who took control of his own destiny."

“”
On WallStreetBets, a loser can become a hero.

The Anarchic Appeal of WallStreetBets

For every one of these winners there were certainly tens—if not hundreds—of losers. I read their stories, too: People—mainly young men in their 20s—like me who took their small life savings and gambled it on a prayer. On WallStreetBets, a loser can become a hero. A nobody can become a legend overnight. It was like a shot of adrenaline to me and a generation of young men like me who feel the nihilism of our time. Here we were, in an age of the stagnant, the trite, the procedural, taking life-changing risks.

There was something beautiful about the entire affair, something deep about the process. On WallStreetBets, risky plays—usually involving short-dated options contracts—are rewarded with ridicule or encouraged with "karma" or upvotes. Options contracts, at their most basic level, are a form of insurance. Here was a generation of men, most of whom had grown up in the shadow of the Great Recession, using the financial instruments which insure and reinsure the same system of economics that checks their ambitions and constrains their potential to break free from that very system, forever.

On WallStreetBets, nothing was sacred. No individual was beyond ridicule or scorn. The language was offensive and brutal. The suicide hotline number posted at the top of the page was both a joke and a very stark reminder of the consequences that come with gambling your savings on a mobile brokerage app. But the emotions were raw and real. The consequences were potentially life-changing.

I once read about how fighter pilots in World War II formed the biker gangs of the ‘50s and ‘60s when they returned home. Apparently the thrill of riding a motorcycle at high speeds was as close as they could get to flying in combat. For a generation of kids who grew up on Halo and Madden, the thrill of risking tens of thousands of dollars on tiny deviations in a stock's price sufficed to fill the gap.

For my first meme, I used a well known “Sex Panther” scene from Anchorman. I'll spare you the details, but I’ll say that it was a success. I was encouraged to make more, so I did, many times over. Over time I built a following. My memes always related to the stock market, with some irreverent commentary on what was going on that I hoped would make other users see the stale ecosystem of our public equities as the comedy show it really is. From a subreddit of fewer than 100,000 users, I helped build WallStreetBets into what it is today, with a userbase just shy of nine million. Each time my content would make it to the front page of Reddit, a new stream of budding investors and gamblers—kids like me, really—joined our army.

There was no hierarchy. Everyone on WSB was fair game. The moderators who cleaned up the subreddit of its most egregious content were referred to as "Gay Mods.” Why? I have no idea, but it was funny and it stuck. Outsiders were easily identifiable. One could be forgiven for mistaking WallStreetBets for just another 4chan-esque alt-right group. In fact, the subheading of our group was "If 4Chan found a Bloomberg Terminal," and it fit. But the culture was deeper than that. We eschewed politics and celebrated irony and post-irony. The ground was fertile for a market revolution. And that's exactly what happened.

In late 2018, I left my job at the bank and went to work for a brokerage firm. I was given a raise, placed in a cubicle and my quarter-life crisis continued into a new phase. Once again, the feeling of stagnation was overwhelming. Once again, I felt time slipping through my hands. This time around, I was working elbow to elbow with others who had similar thoughts. Together, we created a YouTube channel to complement my content on Reddit. We made our first skit in late 2019, poking fun at CNBC and the recent WallStreetBets scandal that exploited a glitch on Robinhood's app to put "infinite money" in a user’s account. It was live-action and our faces were shown.

I posted the video to WallStreetBets in the morning, and didn't think it would gain much traction. By lunchtime, at least five of my colleagues had come by my cubicle to ask if I was really the user who had submitted the video. Many of them had known me from my following on WallStreetBets, and had never spoken to me in person before. By the end of the week, management found the video and we were fired. I tried to take responsibility for it, and convince management that the other two financial advisors who were with me had nothing to do with it. I offered to delete the videos, if only to save their jobs. It didn't matter. We were all summarily let go, with a note placed on our records that would follow us in perpetuity. I tried to think how I would explain all of this to my fiancée, and how I would go on to provide for our six-month-old child. "Sorry kids, your future was ruined when dad made meme videos on the internet."

Truth be told, in more ways than one, the feeling when I was let go was one of relief. I was finally in alignment with myself. When I was let go, the last words of my manager were, "And if I were you, I would delete that video if you want to have any chance of a career again.” I’m happy to tell you I didn't delete the video. In fact, I made more.

Over the next three months, I found another job, and COVID came. People were stuck inside. A surge in retail trading resulted in a huge influx of traders to WallStreetBets. My content, and the community I helped build, were growing in quantity and quality.

“”
The ground was fertile for a market revolution. And that's exactly what happened.

In early January of this year, I began to see murmurings in the subreddit about buying GameStop stock. At first, it looked like all of the other ironic plays: Here's a stock with ridiculously bad fundamentals, no hope in recovery, no future—we’re all in. It’s the same story we made headlines over already with Hertz and airline stocks. At first, I mistook this play as just another example of WSB setting up a trampoline for a dead cat bounce. I knew I was wrong when I began to see the motivations underpinning the attention we were giving GameStop.

WSB isn't just about memes. If it were, we'd be no different than any other fin-twit handle or insta-finance channel. Mixed in with the memes and humor was a healthy balance of "DD," or "due diligence," which helped propel the subreddit’s current finance-related drama. DD was beginning to show that there were some very big players at risk if GameStop stock were to move higher. Basically, any positive movement in the stock would force these institutional money managers to cover their short position, thereby driving the price even higher and allowing a healthy margin of profit for all those who got in early enough to partake.

And partake we did. Thousands of WallStreetBets users piled into GME stock, driving the price from around $3 a year ago to an intra-day high of $483 a share by late January. The community I had helped build blew up. Major media networks reached out to me. Friends and family who had considered my content shamefully irresponsible were asking how this whole thing worked. I felt the vindication and satisfaction of having played a part in building a community that changed the world of finance and investing forever. I felt like the Che Guevara of the stock market—an irony that fits well with that of the culture of WallStreetBets. Elon Musk and Mark Cuban piled onto the movement. AOC was on Twitch giving us kudos. President Biden was briefed on our community’s actions.

Yesterday, on my way to my in-home sales job selling windows, I passed by my old brokerage firm. Through the window, I could see a guy in my old cubicle. He must have been in his mid-20s. His head was in his hands, his eyes glazed over. The next meme I make will be for him.