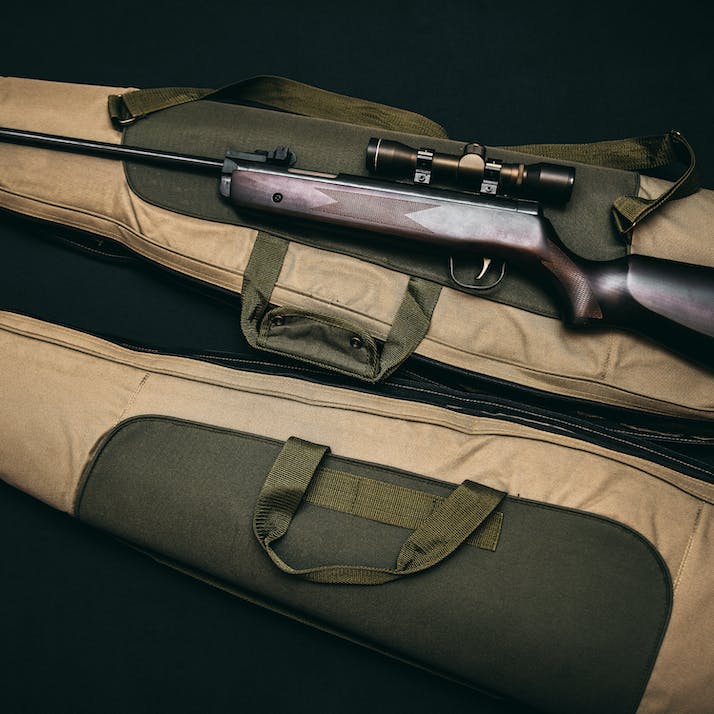 A gun owner takes on the NRA and gun rights activists, explaining that a middle way forward is the only solution.

Some of my earliest childhood memories were formed in a deer stand with my dad. I was the second daughter, a tomboy who would rise enthusiastically hours before the sun peeked over the horizon, don my warmest layers and baggiest camouflage, and trek into the woods carrying a backpack—holding our extra gloves and binoculars—that was too big for me. There was a rhythm to our routine. I would quietly crawl up into the stand and my dad would follow with the rifle carefully secured over his shoulder. I can still picture him delicately maneuvering the gun—a .30-06 that was far too big for me to manage—to rest on his lap with the barrel on the edge of the window that overlooked an open field.

“I’ll click the safety off when we see something,” he would whisper, taking every available opportunity to teach me the rules and the gravity of the weapon that was in front of me. Braving the cold in those uncomfortable fold-out chairs, I learned the significance of the molded and tempered metal and plastic that accompanied us on trips to the deer stand. It was a weapon that could kill. It was powerful and to be respected, but not feared.

I grew and learned, but guns were a normal part of life for me for most of my formative years.

It wasn’t until I left my rural hometown for college that I learned my norms weren’t everyone’s. My first reality check was learning that my freshman roommate had never even seen a gun outside of TV and movies. It was a significant and confusing departure from my experiences growing up in a place where people got in trouble at school for skipping on the opening day of hunting season.

The reality checks kept coming as I found a new home in the often liberal circles of academia and started a career in hard science. My views on guns felt very taboo when I was with my colleagues, and I found myself questioning part of my worldview. These weapons that had come to represent safety, security and personal liberty for me, but represented death and destruction for many others. I struggled to make sense of their polarizing nature. How do you balance these equally valid competing realities?

I Carry a Gun Because Our Society Doesn’t Protect Women

I have always been fiercely independent, a child who refused help from my parents and told them, “I can do it!” That self-determined child grew into a woman who didn’t want to depend on others for things she was perfectly capable of—such as self-defense. When I moved to another state for grad school as a single woman, I wanted to feel safe in my own home.

In a perfect world, I wouldn’t even have to consider my own vulnerability or weigh my options for self-defense, but even now, as women gain ground in our society, the looming threat of violence from men still persists. Everyday tasks like running to the store at night or stopping for gas in an unfamiliar place are still dangerous for me. So based on my experience growing up around guns, and my desire to keep myself safe in an unsafe world, I made the decision to get a concealed carry permit.

It wasn’t a decision I took lightly. I weighed the pros and cons and decided it was what was best for me. With my decision to own and carry a gun came the responsibility of staying practiced and knowing my weapon inside out. I ignored all of the prompting by men in gun shops to go for the tiny pink gun and did my own digging for something that would work for me. Once I found it, I spent time taking it apart and putting it back together, learning each piece’s function and the safest way to handle it. I practiced with it regularly (and still do), making sure I was as comfortable as possible with my gun should the need to use it ever arise. I did my best to be a model gun owner, knowing the very thought of individual gun ownership is terrifying to many, often with good reason.

Not every gun owner and concealed carrier take these steps. Many view their Second Amendment rights as sacrosanct and consider any additional hoops to jump through or responsibilities that are tacked on as unconstitutional. So I found myself grouped together with people who shared my view on the right to gun ownership but don’t share my views on gun owners’ responsibilities. I’ve spent a lifetime learning gun safety. I can still hear my dad’s voice telling me “every gun is loaded” or “only put your finger on the trigger when you’re ready to do business.”

I spent years learning how to safely own and operate firearms, so taking a test to prove that I have those skills is no skin off my nose. In fact, it makes me feel safer knowing my fellow gun owners are getting the same lessons. It isn’t a bother to get a background check before purchasing a gun because it ensures that I’m doing so lawfully—a very basic and necessary hurdle I am happy to clear if it means guns will stay out of the hands of people with violent criminal histories. These common-sense proposals seem entirely reasonable to me as a gun owner, and I feel no less free for them existing.

If making the process of buying a gun and having a license to carry a bit more onerous could save lives, wouldn’t the extra work be worth it?

Many folks say no. The NRA and other absolutist 2A groups have fought tooth and nail against such proposals, claiming they’re the first step down a slippery slope of gun-grabbing to be perpetrated by the liberty-hating left. Indeed, the fear that left-leaning groups are out to take our guns has been the cornerstone of the NRA’s business model for many years. They stoke the flames of division over the right to bear arms and refuse to engage ideas or proposals that could lead to mutually agreeable compromises. And so far, it’s worked for them.

But the writing is on the wall and has been for some time. A majority of people are now in favor of stricter gun regulations, and the will to push for them will soon follow suit. With the realization that better infrastructure and stricter policies could have prevented some of the worst atrocities in recent history comes a tide of justified anger over what is being allowed to happen in the name of the Second Amendment. Without a bend, there will eventually be a break. Organizations like the NRA being at the forefront of Second Amendment advocacy help run the risk of strong-arming our way into laws that go beyond the modest compromises that are being asked of at present.

“”
While I may not be the stereotypical gun owner, I am one nonetheless, and I believe I represent a growing contingent of us who are willing to bend to avoid a break.

We Need to Build a Big Tent for American Gun Owners

Effective leadership and advocacy groups are not composed of narrow and extreme portions of their base but rather represent the diversity of the people they represent. The most prominent gun advocacy groups cater to a very white and very male base, but that is not the extent of gun ownership demographics in this country.

Black gun ownership has surged in recent years, with a large bump after the election of Donald Trump as president. More and more Black citizens are feeling the same need for autonomy in self-defense that I felt when I set out on my own into a world that didn’t feel safe for me. As the prevalence of racially-motivated violence escalates, one would think groups like the NRA would jump at the opportunity to expand support for the right to defend yourself and your property. But the NRA has ostensibly rejected the idea of a bigger tent and has repeatedly refused to extend a hand to the Black community.

When Philando Castile was shot dead by a police officer in front of his family for saying he had a legal firearm in his car, the NRA was notably silent. The self-proclaimed defenders of Second Amendment rights had nothing to say when a Black man was murdered for exercising them.

When plainclothes police officers entered the home of the sleeping Breonna Taylor and Kenneth Walker in the middle of the night to execute a no-knock warrant (at the wrong house), Walker grabbed his legally owned firearm in self-defense. He fired a single shot at the men he validly presumed to be home invaders, and they fired over twenty. Eight of those shots hit and killed Taylor as she lay in her bed, but Walker was the only one who was sent away in handcuffs to spend more than two months in prison for attempting to defend himself and his girlfriend. The NRA was silent.

More recently, when a St. Louis couple illegally brandished their weapons at Black Lives Matter protestors, breaking many of the fundamental rules of gun safety in the process, prominent 2A  advocates were chomping at the bit to defend them. Former NRA spokeswoman Dana Loesch went on Tucker Carlson to proclaim that they’d done nothing wrong, and even went so far as to interview the couple on her own radio show. These words and actions make it clear that the NRA is only interested in defending the rights of some—but for the right to bear arms to survive, 2A advocacy has to defend the rights of all.

Everyone who makes the decision to own a firearm should feel they are represented and know they will be advocated for should their rights ever be infringed upon. Advocacy for these rights should incorporate advocacy for responsibility. Teaching people to be conscientious gun owners would lend credibility to advocates and give them leverage in the ever-changing back and forth over gun laws. Presenting our case in a mature and thoughtful way that emphasizes personal liberty paired with personal responsibility rather than the current “own the libs” strategy employed by many would go a long way in fostering understanding and respect between this debate’s opposing sides.

While I may not be the stereotypical gun owner, I am one nonetheless, and I believe I represent a growing contingent of us who are willing to bend to avoid a break. My experiences have made me believe firmly in my right to bear arms, but they’ve also taught me the promise of meeting halfway. For these “inalienable rights” to persist, we must modify the current path of gun advocacy to be more inclusive and more representative of the people who need to be advocated for. From the young girl who was too small to hold her dad’s hunting rifle to the grown woman who loves an afternoon at the range, I have learned that the most productive way forward on this issue is through the middle.