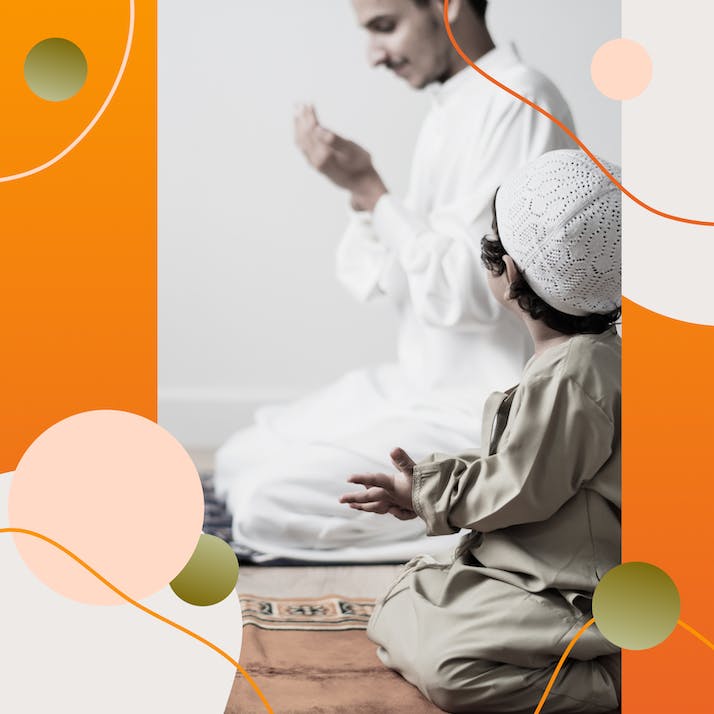 A young adult explains what it was like growing up Muslim in America and reflects on how it helped shaped his perception of Islamic culture.

The day of Eid al-Fitr is one of the most exciting holidays for a young Muslim kid. You’re showered with money and gifts by family and friends. What more can you ask for? But at the age of six, on the morning of Eid in 2002, my father was arrested by the FBI, accused of being a terrorist. The day was all a blur to me. I can only remember crying and being confused.

It wasn’t until last year that I found out what really happened that day. The FBI Joint Terrorist Task Forces (JTTF) had taken him to jail. I have slight memories of my mother telling me my father would be gone for a month to go on “business trips.” I also remember sitting in the courthouse waiting rooms for hours wondering what was going on. Now that I’m older, I understand why my mother kept this away from us: It would’ve been traumatizing for me and my sister to know that the JTTF tortured our family with constant surveillance over a six-year legal battle. After finding no evidence, the judge finally acquitted him of all charges and stated that he had done no wrong.

By speaking his mind, he was simply exercising his First Amendment right.

Why Growing Up Muslim in America Is Difficult

Growing up in Los Angeles has been a unique experience. My father is Arabic and my mother is Hispanic. I was lucky enough to be raised with two very different realities: My mother was more open-minded whereas my father was a bit stricter, especially when it came to religion. Before my parents married, one of the things they agreed on was that their children would be raised Muslim and carry Muslim names. Until this day, people have trouble pronouncing my name, Ibrahim. I’ve heard it all, just one of those annoying things growing up. Sometimes, it would take teachers weeks to finally get my name right. Substitutes were particularly creative with my name and at times made me the laughingstock of the class. Today, most of my friends call me Ibra, which is much easier to pronounce.

When I turned ten, I struggled with fasting the month of Ramadan. In most Muslim countries, kids start fasting at the age of five or six, which I find a little crazy. I guess it’s doable when you live in a society where the entire population is participating in the ritual—community does matter.

In the U.S., I grew up with people from all types of religions, and at ten years old, seeing other people eat and drink during the day was extremely difficult. At times, when I was out of my house, I was tempted to break my fast. After all, no one cared or was watching over me during school. I’ll admit, I did sneak in a few sips of water here and there “accidentally.” Oops, I was supposed to rinse and spit. As I got older, I began to be much more committed to the ritual and understood the importance of being true to my commitments. I also came to love the sensation of taking in my first bite of food and sip of water at sunset.

“”
You don’t have to be religious to be a good person.

Figuring Out How to Be Muslim in America Was Especially Challenging

I can still hear my father’s voice in my head: “Allah is always watching.” At times, this voice filled me with fear and at others, it seemed to energize me. I grew up practicing Muslim principles. I read the Quran and attended Sunday school like every good Muslim kid. Islam was a huge part of my identity growing up and it molded me into the person I am today. One can say my father was very strict and imposed the religion on me. At the end of the day, when you get older, you make your own decisions—I still practice Islam but am not as religious as I once was. I do believe in Islam and that being a good person is most important, too. You don’t have to be religious to be a good person. This is where my mother’s influence comes into play.

I had a lot of questions growing up because I was an Arab Muslim, an Ecuadorian; and my mother is Catholic. She isn’t very religious, but she raised me to be kind and gentle and to always be compassionate and caring. Most of my mother’s side of the family resides in Los Angeles, and I grew up with many cousins who weren’t Muslim. They never understood why I would fast, and wouldn’t eat pork. They would jokingly try to entice me to try bacon, but I never did. My father and other Muslims consider pork as the most unclean animal, connected to disease, and this teaching always remained firm in my mind. Years passed, and my mother’s side of the family no longer serves food at any of our family gatherings. I guess our Muslim ways had a positive impact on that side of the family.

Being Muslim in America After 9/11 Was Even More Challenging

I remember being on the receiving end of racism because of my ancestry. I recall being referred to as a “beaner.” In L.A., if you are Hispanic, people will automatically assume you’re Mexican, using the word as a form of insult. Sometimes, I felt unsafe to reveal that I am Arab and Muslim, and it occasionally felt safer to say I was Hispanic. It was a blessing to have the choice. If I said I was Hispanic, people would automatically assume I was Catholic. I felt judged and sometimes criminalized by people—sometimes at first glance. After 9/11, it was difficult for Muslim Americans, even in metropolitan cities like L.A. Being born in American is not a reason for people to expect me to erase my roots or feel shame because of my ancestry.

During Eid or Ramadan, I would go to the mosque wearing my dishdasha, a long traditional white dress that men wear in the Middle East. My traditional gown brought me much attention from people outside of my community. People would look at me in a way that I felt their fear and discomfort. Their expressive look made me feel unsafe. The one place I always did feel safe was at the mosque surrounded by my community. In high school, during our yearly international fair, I would attend wearing my dishdasha. I could hear people whispering “terrorist” under their breaths. At times these comments felt hurtful and brought up the question, “Do I belong?” I grew out of the need to react to ignorant comments and began to fully embrace my culture and religion.

America Isn’t the Only Place Where Muslims Are Misunderstood

I began to understand how society portraits Muslims. It’s not just the U.S. that targets Muslims. The world news in practice paints Muslims as synonymous with terrorism. They taint the Islam community based on the activity of extremists that represent less than one percent of the Muslim population. They have done a great job at giving me and my culture a bad reputation. The scary images and stories delivered through the news propagate hatred that triggers tragedies like the 2019 mass shootings at the mosques in New Zealand. Can you imagine the kind of ugliness that fills these attacker’s minds?

As a young Muslim adult, I realized ignorance and racism put my father in jail, but the First Amendment set him free. I see that my generation is open-minded and accepting of others. Will Israel and Palestine ever come to a settlement? I don’t know. Can Muslims and Jews live in harmony? Yes. Some of my best friends are Jewish and we will remain friends until the day we die. Our religions unite us in many ways. There is hope. If I, an Arab Hispanic Muslim, can be friends with everyone, so can you.