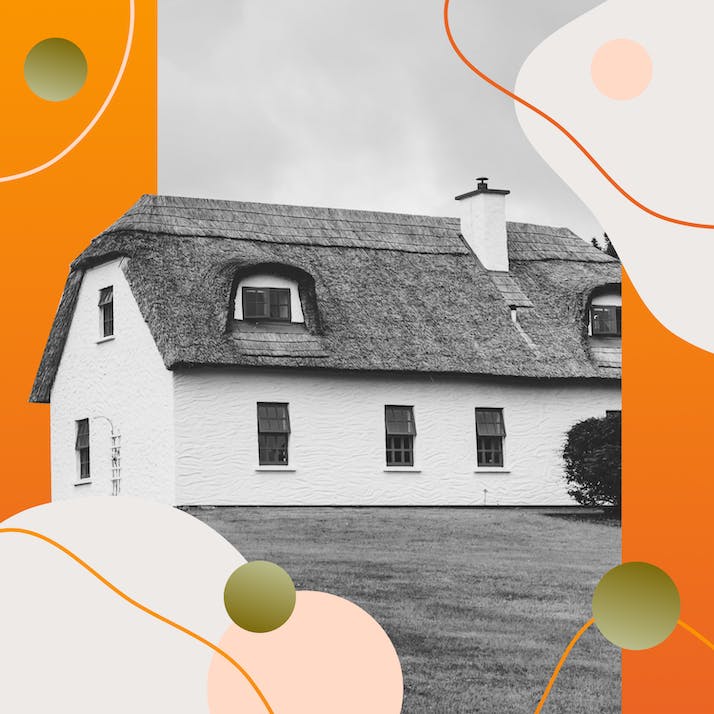 Memories of My Grandmother's Home: A Place of Irish Scandal

Her grandmother ran a maternity home for unmarried mothers in 1960s; the author looks back fondly.

My grandmother’s house was always my sanctuary as a child, a second home. My mother was her eldest daughter, and they were unquestionably close, with a bond that was evident to me even as a small child. We visited her there at least three times a week, where she and my mother would sit for hours chatting out their lives. Her phone number is one of the few I still have memorized to this day from dialing it so often in my youth.

I always suspected that my mother’s family was different from others. There was always someone coming or going from my grandmother’s old Victorian redbrick in one of Dublin’s more affluent suburbs, whether it was one of the many university students who lodged with her or a friend or an acquaintance calling to say hello. I grew up with a vast number of people who were intricately linked to my family in some way, although often in ways that were never fully explained. Caroline was considered family, even though we weren’t blood relatives. Nora and Katherine also spent a lot of time in my grandmother’s home, but their relationships with her and my family were unclear to me. It never fully made sense to me how my elderly grandmother had acquired so many much younger female friends, who so clearly held her in the highest regard.

Then there was David, a Black man in his late 20s or early 30s who came all the way from Chicago to Ireland to visit my grandmother when I was a child. He piqued my curiosity to no end. I had never met a Black man before, and the obvious affection that he seemed to hold for my grandmother was baffling to me. There were a lot of references to how much he had grown, and what a fine man he had turned out to be, which just confused me all the more, as I had never even heard his name mentioned before his visit. My mother hosted a lavish lunch for David, and I will never forget the tears of happiness in his eyes as he clutched my grandmother’s hand before departing. Episodes like David’s visit were commonplace during my childhood. It was only as I got older, and friends began to ask who these people were that orbited my grandmother, that I began to question them.

“”
I always suspected that my mother’s family was different from others.

Ireland in the 1950s and '60s was not a pleasant place to be if you found yourself to be pregnant and unmarried. It was during this time that my grandmother, a midwife by profession, ran a private nursing home from her imposing abode. In 1954, the U.S. Embassy in Dublin reached out to the Irish government and advised them of a spiraling number of American women who claimed to have given birth in Ireland and were requesting their children be added to their passports before their return to the U.S. After an investigation, it was established that unmarried Irish women were giving birth in private nursing homes like my grandmother's, and their babies were then handed over illegally to an American couple. Birth records and certificates were falsified to list the adoptive parents as the birth parents, money changed hands and everyone went on their way.

The investigation revealed that a man believed to be a prominent public figure in Irish life, referred to as “Mr. Big” (not Chris Noth), was behind the scheme, but despite a thorough investigation, my widowed grandmother was the only person ever charged in connection to a scandal that involved hundreds of people. There were dozens of nursing homes in Ireland who were no doubt following in my grandmother’s footsteps, and a network of doctors, priests and other such higher-ups padding their wallets from the black-market baby boom.

None of them were ever investigated. Many believe that my grandmother, who was not a particularly wealthy woman, agreed to take the fall for Mr. Big to keep his name out of the news. In reality, she only received a slap on the wrist for her part in the scheme. It seems it was in everyone’s interest to keep the whole torrid affair as low-key as possible, especially after rumors came out suggesting that half of the babies born at my grandmother’s nursing home had been fathered by prominent political figures. To this day, there are hundreds of people out there whose birth certificates are nothing but a work of fiction.

“”
There are lots of opinions about what my grandmother did, and her role in one of Ireland's most shameful scandals, all of which are relevant.

By Breaking the Law, She Built a Family

Of course, I never knew any of this as a child. All I knew was that my grandmother was a woman of immense strength with more allies than I could count. Never once did I get the impression that people disapproved of her in any way. In fact, it seemed to be quite the opposite. Why, I have to ask myself, did these women who gave birth in my grandmother’s home stay in her life? Why did they seem to have nothing but love and admiration for her? The truth is, she helped women find a solution to an impossible situation that would have ruined their lives. And for that, they were forever grateful.

Caroline was one of the young girls who came to my grandmother’s house at the age of 15, when she found herself pregnant by a much older man and the orphanage where she lived refused to let her stay. My grandmother took her in, and after her baby was born and given up for adoption, Caroline stayed. She became part of the family, and to this day, she is my aunt. She has nothing but kind words and love for my grandmother, who passed away many years ago. When she got married, my grandmother traveled to London to give her away. My mother was her bridesmaid, and I was her flower girl.

There are lots of opinions about what my grandmother did, and her role in one of Ireland's most shameful scandals, all of which are relevant. But she was a product of the time, and I try to hold on to the fact that the people who came to her in their time of need felt loved and supported at a time when their country had turned its back on them.