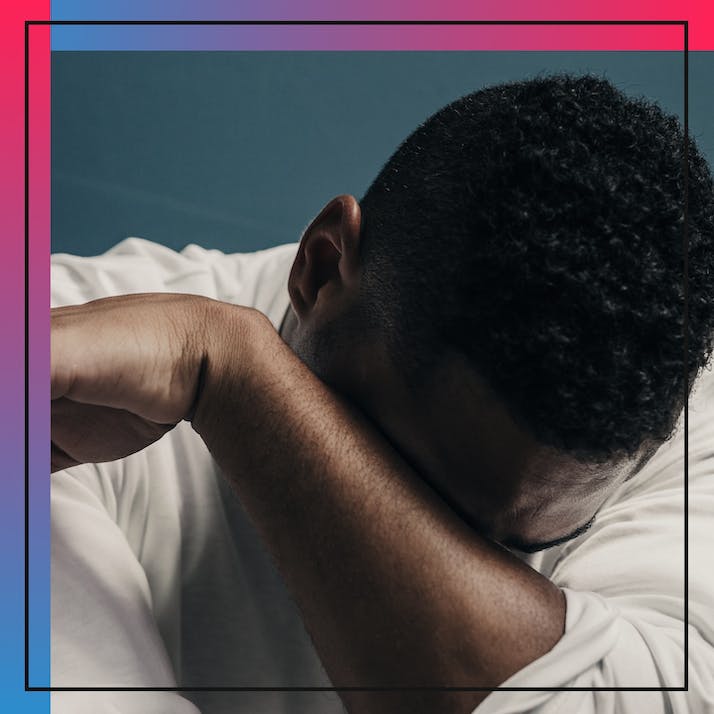 Goodbye, Dad: I Said It All as He Died of Cancer

Throughout my dad’s battle, I experienced a whirlwind of emotions and grief.

Back in the summer of 2017, things were finally looking up for me. I had found the perfect summer job; I was in love; and I was about to embark on my third year of medical school. This meant finally going around the hospital, as we'd start off our clinical rotations and getting to see a little bit of everything. Basically a dream come true for an aspiring surgeon!

But as fate would have it, a week before university started, my dad had to be taken to the hospital. He had been suffering through metastatic parotid cancer for four long years and had been going in and out of hospital all summer long; being discharged as soon as he was stable, only to deteriorate after a couple of days or weeks. “What’s the point?” I’d ask myself. I would’ve offed myself the minute it became all about surviving rather than living, if it were me. Why put up a fight if it’s a lost cause anyway? Is it out of fear of death? Is it out of duty to family? Or is it just delusional hope, perhaps? Either way, no reason seems good enough to justify all that suffering to me.

And the cold, dark truth? The one that everybody going through something like this always thinks but rarely admits? It’s that death will not only bring relief to the dying but also to their loved ones. His death would end all of this suffering. I hated myself every time that thought crossed my mind. I was wishing the guy who sacrificed his entire life for me was dead. I was where I wanted to be because of him. I had everything I needed to have because of him. And there I was, acting as if none of that even mattered. Any other son would be simply grateful for the opportunity to repay their debts. But me? I wanted out so desperately. I couldn’t take it anymore. Every cough, every yell of pain made me cringe. All of it was a constant reminder of his suffering and my powerlessness. I’d resent him for interrupting my studying. I’d loathe him for taking up so much of my time. But most of all, I’d hate myself. I’d hate myself for even allowing those thoughts to infiltrate my head.

“”
That moment felt like coming up for fresh air after being underwater for so long.

I Didn’t Want to Tell My Friends About My Dad

And the worst part? I felt all alone.

I was too proud to ever accept help from anyone. It had taken over six months after he had been diagnosed for me to tell my closest friends. My rationale was that the minute I’d tell them, they’d start looking at me in a different light: one of pity. I still remember the night I told them about him so vividly. We had been drinking all night. Everyone was laughing and having the time of their lives. And I couldn’t even bear to smile that night. It had been a particularly bad day for my dad. It was his second round of chemo, and he had spent the entire day vomiting his guts out, moaning in pain, crying. I had never seen my dad cry before. That was all I could think about. I wanted to get that out of my head, to get away from it all. Instead, I ended up thinking about it all even more.

One of my friends knew something was up. It didn’t take much probing for me to break down. I had never cried in front of a peer, and there I was, bathing his shoulders in tears. That moment felt like coming up for fresh air after being underwater for so long. What to him must have been such a trivial moment is, to this day, one of my fondest memories. Of course, the following day, it was like nothing had ever happened. Brave, strong, stoic me was back. Every time my friends would ask me about him, I’d just play it off as if everything was under control. As if I could take care of myself and my dying father. As if my plate wasn’t already full with my personal and academic life. As if everything was fine, as if I were fine. But in hindsight, I can say I really wasn’t. Most of the time, I wouldn’t know it, but then I’d go out and drink, and all those feelings would resurface yet again. But for years, I held it all in.

“”
I had to tell him all that I couldn’t before.

The morning after he had been admitted, I got a call from my mother telling me to rush to the hospital. “It’s time” she said in a dramatic, almost movie-like tone. How naive of me to expect relief that his death would put an end to his and my suffering. But it wasn’t sorrow either that I was feeling. It was emptiness. It felt as if that news had deadened every single fiber in my body. Before then, I thought I had done all too well in dealing with grief. I thought I was way over it. Just five stages, no? Denial, check. Anger, check. Bargaining, check. Depression, check. Acceptance, check. Man, was I wrong.

Somehow, I managed to drive to the hospital and get to his room. But it wasn’t him I noticed first. Standing right there next to my mother and dad was my uncle. “What the hell is he doing here? Seriously? We don’t get to be alone with him now of all times? And where the hell is my brother?” But I didn’t make a scene. I mustered enough composure to be able to ask them to give me a few minutes alone with him. Up until then, I hadn’t even looked at him. I couldn’t afford to break down right in front of them.

They left, and I was alone with him. There he was. His skin yellow, his breathing laborious, his eyes staring at the nothingness in front of him, rattling. You know the expression “there is no dignity in death”? It’s something you’ve got to see in front of your very eyes in order to understand it. I had no idea how much a person could lose. For four years, we had seen him turn from a stallion of a man to something resembling a bag of bones who would constantly moan in pain. I knew that it was too late for me to say goodbye. Whatever life was left in him was definitely not enough for him to listen to what I had to say. But I had to try. I had to tell him all that I couldn’t before. I grabbed the sides of his head, and while sobbing, I told him everything I had been too proud to say before. I thanked him for all he had done for us, for me. I thanked him for never looking back on the extraordinary life he gave up for us. And most of all, I thanked him for being the best dad I could have ever wished for. I told him to go, to get the rest he so deserved. With his last breath, I felt a relief unlike any other.

I went outside the hospital, lit a cigarette and for the first time in months, I could feel a smile forming on my face. “You finally get to rest, huh? Goodbye, Dad”