Going Viral Because of Trump Changed My Life 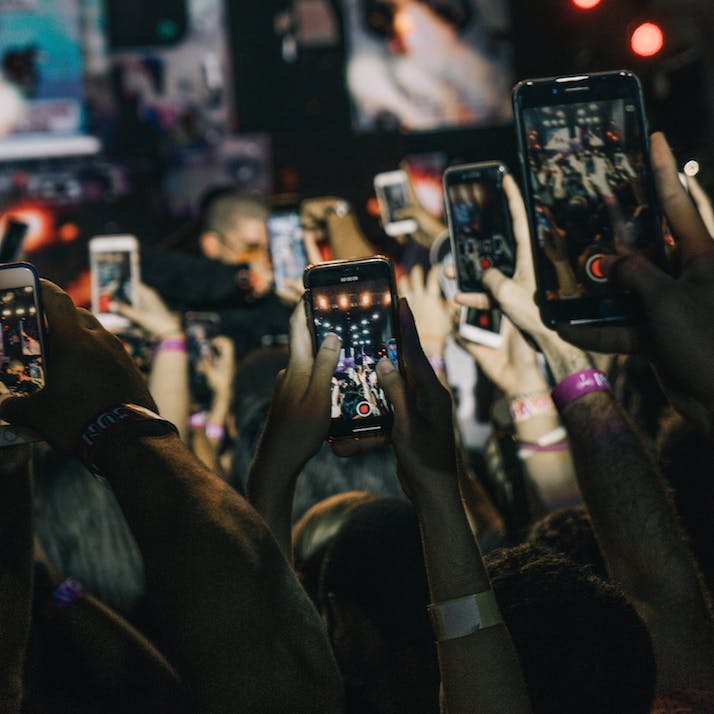 Going Viral Because of Trump Changed My Life

A picture is worth a thousand words. Memes might cost someone thousands.

Maybe you saw the images on forums or the YouTube clips. Some had assumptions and racial slurs. Some declared me some white nationalist ideal. The one thing I agree with was my handwriting was (and still is) sloppy.

It started at a “community” event that was supposed to bridge the “division” between people after Trump’s 2016 election. My then-boyfriend wanted to go. He wore the distinct red hat because he felt alone as the only vocal Trump supporter amongst his classmates. I met Trump voters of all ethnicities and liberals and leftists of all ethnicities who spoke to each other in good faith about populist topics but who were talked over by belligerent people who wanted to cuss out/physically corner people before they could even speak. The atmosphere was tense and the people were either debaters or garden-variety artist-activists who vaguely promoted “peace and love” along with their social media links.

Posturing Was Disguised as Bridging the Political Divide

I was intrigued by the concept but extremely angry at the scenario. I felt that a majority of the people there were more concerned about self-promotion instead of actually creating discourse to heal the division (fair enough—there was a camera live-streaming the event; you had to look good). I felt so angry, it compelled me to go up to the camera and say my piece. If people really cared about America “breaking down,” why weren’t they taking direct action to create tangible, material change? Why weren’t they trying to create support systems, models or legislation to make their goals attainable? As I was saying what I had to say, a man invaded my personal space and yelled at me for insulting him.

Up until that point, I was not one to get involved in discourse, given my cynicism about the politics of both sides. Immigration? There are tons of potential opportunities for human trafficking that go unnoticed sometimes. The wall? Obama wanted strict border security. Cancel culture? I knew people of all ethnic backgrounds who would make edgy jokes between their peers who were different than them. I met as many Hispanic/Latin American people who voted for Trump as I did white people who voted for Clinton. The only successful organizing I saw up until 2016 was from punk scenes that created mutual aid or alternative housing systems. I thought the two main parties were held up by stakeholders and shrouded by people who took bribes. I saw the average citizen’s vote as a participation trophy. Even though I reluctantly voted for Jill Stein, I thought what gave Trump an advantage was his no-frills dialogue about how his policies would help a “legal” citizen become self-sufficient regardless of race/gender/etc. He knew people were sick of the idealistic fluff from politicians and how people were fear-driven about material circumstances. He knew how someone could be untrusting of those who didn’t follow “the rules.”

After that day of fruitless discussion with people at the event (which was slated to be ongoing), I learned that I was viewed favorably by the “MAGA/patriot” crowd online for being for “facts and logic.” I also learned that I was treated with scorn and called “arrogant” for calling the event a glorified narcissistic platform that might’ve given power to the surveillance and police state (to paraphrase). I felt that the original point of the event was destroyed by the participants and exploited by certain individuals it was meant to "create peace" between. People were seeking to go viral for self-gain without foresight into how to constructively use the opportunity.

“”
I saw the average citizen’s vote as a participation trophy.

My Newfound Virality Connected Me to Strange Individuals

I felt empowered for sharing my opinion but annoyed my dialogue would be used in ways that I didn’t agree with. I was also frustrated by the increasing fighting and chaos at the place, so I decided the next time I was there, I would make insane signs to troll the entire event to help shut it down. I thought that I would be yelled at or talked over, so I just used a flip pad to write everything I would've said. Some of the slogans included, “This is a potential snuff film,” amongst many others. I made it on some live-streams and received comments ranging from admiration to visceral disgust. I felt my seizure disorder acting up, but I felt better knowing I tried to help add to the absurdism and farce of the entire event and distract some people from the toxicity. Much to my happiness, the event was shut down a few weeks later.

I found a new world through whom I met. Most of the people I befriended were moderate Republicans, and I would still consider some to be good friends. I also met lovely people from the left who handed out cookies and were annoyed by the people who hogged the screen and only talked about themselves ad nauseam. I was invited to parties that made the news, met people who ranged from celebrities to some (now) on government watchlists and quite a few controversial conservative internet media personalities. I was hidden in plain sight, but the people who met me can confirm that I held some staunch opinions different from theirs.

I learned how divisive and spiteful a lot of media narratives were and how the most moderate of people (of all ethnic and religious backgrounds) who just said, “Yeah, I hung out with these people a few times,” had their lives ruined because of being civil and not trying to “speak up enough.” They were smeared for pointing out how some people’s views aren’t just black and white and how the shades of gray have been painted over.

For all the nice people I met, there were a few snakes who would shed their moderate Republican skins and try hard to convert me and others to their extreme ethnonationalist factions and harass those who they thought were their “enemies” or “Republicucks.” While this was going on, my mixed-race ex (who isn’t an “ethnically pure” white person by alt-right standards) was becoming radicalized behind my back; he was spreading propaganda online and starting fights for “the movement.” He was becoming more involved with white nationalist and Nazi (using the definition from the 1930s) peers. During one occasion of his “activism,” he was doxxed with my name attached to his, despite me having not been at the protest he attended. I changed my name’s spelling on all social media and hid as much as possible. During this time, he was growing abusive, isolated me from friends and also threatened to hurt me; though he never laid a finger on me, he invaded my space and came close to it (as someone with a seizure disorder, I can’t handle a physical fight). It took a year to escape and break up with him.

“”
I changed my name’s spelling on all social media and hid as much as possible.

Going Viral Can Be Extremely Damaging to Your Life

I was afraid that speaking out about the entirety of my experience, the people who I've met and everything that went down behind the scenes would hurt not only me but put my (apolitical) family at risk. I was trapped in limbo from speaking my truth, sharing my experiences, not “taking a side” and for being a “bad liberal” for thinking doxxing was unethical. People refused to believe my account of events and cut me off because I was “problematic” or an “active agitator.”

Coinciding with these previously mentioned events, I was graduating from college and applying for entry-level jobs. For the whole year after going viral, I was underemployed and almost all my emails weren’t responded to. Even though the doxxing link was deleted, were recruiters using Internet Archive? Were people using AI tools to reverse image search to find my face or similar things with my face in them? Were people taking anonymously created and hearsay memes as the truth?

I never set out to create a media brand or be a figurehead; I was just a fed-up citizen. How will the average person get their redemption arc without a big platform? What is the average person’s hypothetical apology tour if I wasn’t ever in complete control or able to communicate my narrative without fear of harm? How much of our futures will be at the mercy of algorithms and simple snapshots from our pasts that may or may not be out of context?