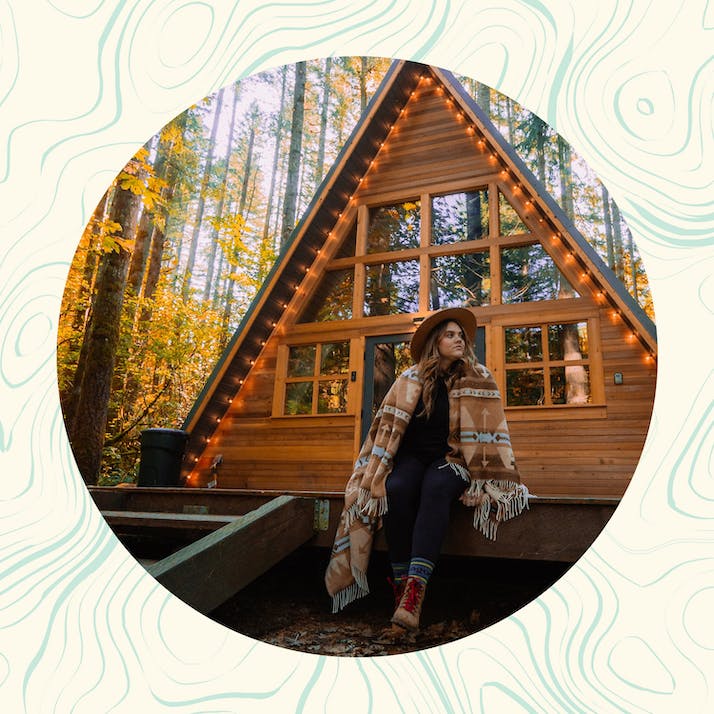 I Gave Up on My Cottagecore Fantasy: You Should Too

Sustainable communes won’t save anybody from climate change.

I started dreaming about living on a commune when I was still in high school. I had a friend who was a farmer, and we were both hopeful that forming our own community would allow us to let an alternative way of life flourish—one that was sustainable and anti-capitalist, where a community could support each other in domestic tasks, including child-rearing, while also pursuing scholarship and careers.

We imagined a world so much different than the one we live in now, where it feels impossible to escape making polluting, unethical choices. Now, years later, a lot of people have similar dreams of homesteading. Even AOC has said she’s split between staying in politics or forming her own homesteading community. But after years of research on different sustainable communities, I have decided to leave this dream behind.

Whether I was looking at uber-rich communities in the Middle East that are building “sustainable” gated settlements or more radical communes in poorer parts of the U.S., the lesson I learned from their examples was the same: Going off to live an alternative lifestyle with a group of likeminded people cannot and will not save us. I

t’s true that we need to learn how to organize our communities differently so we can consume, build and just generally live in a way that doesn’t exacerbate our dire ecological crises. But right now, as millions of people are being displaced by fire, flood and drought, and our agriculture system and infrastructure are starting to fail due to extreme variations in weather, we need to focus on pushing for systemic change through the Green New Deal. Right now there is nothing more important.

“”
After years of research on different sustainable communities, I have decided to leave this dream behind.

Sustainable Communities Can’t Only Be for the Rich

A few years back, I studied an effort by some activists to put together a sustainable community in the South. Though they had the funding, they couldn’t get people to join in the effort, and it floundered. The two months I spent there, interning and researching, were a stark lesson in the racism and poverty plaguing this country. The segregation and desperation were unlike anything I had ever seen in the U.S. before. It struck me then that learning farming and building alternative economies are too much to ask of people who are struggling just to find a way to get to work—they don’t have cars and public transportation is nonexistent. When the water is undrinkable, you can’t expect people to put their time, energy and money into a plan that won’t support them until later on, in some undefined future.

On the other hand, the rich cannot be trusted with exclusive areas of sustainability. When I was doing research on sustainable gated communities in the Middle East, what I saw was privileged islands where the wealthy could raise their kids in pedestrian communities among farmers' markets and solar energy. But just as the rich have the privilege to consume ethically when they want, they also have the luxury of consuming an enormous amount of commodities and services. The top ten percent of the population produces half of the world’s “individual-consumption-based” carbon footprint. The rich love to taut private consumption as an alternative to government intervention—but if they can’t cut their footprint down through organic quinoa, who can?

In my commune fantasy, I’d finally be able to invest in my home: Not just renting and moving around, but finding a place where I could spend my time giving back to the land by building up soil and planting trees. In this way, I could prepare a safe landing place far from my current home by the sea, far from my ancestral home in the desert, two places that I can’t think to invest in as they’re practically doomed to be unlivable. But this vision isn’t that far off from how uber-conservatives act. If you take a quick look at Alex Jones’s online store, there are tons of books available on sustainable homesteading. How far off is your cottagecore fantasy from an individualistic prepper plan?

“”
These projects can’t come at the price of putting our energy into large, infrastructural change that we need.

The other issue with a communal lifestyle is that it too often becomes this magical threshold: ”Once I change my entire life, I can contribute to the fight against climate change.” My advice? Live your imperfect, not always sustainable life, but set aside time every week to organize with people in your community to change your infrastructure, whether that means blocking pipelines, phone banking for the Green New Deal or using your professional skills to contribute to the cause in more specific ways.

Of course, there are visions of communes that don’t have to be exclusive islands of sustainability, that can offer services to the communities they’re already embedded in, whether it's through composting, educational seminars, childcare, etc. But these projects can’t come at the price of putting our energy into large, infrastructural change that we need. If we can’t ensure that people can do what they need to do to survive—like get to work, feed their families and dispose of their waste—in reliable, non-laborious and carbon-neutral ways, then we aren’t solving anything.