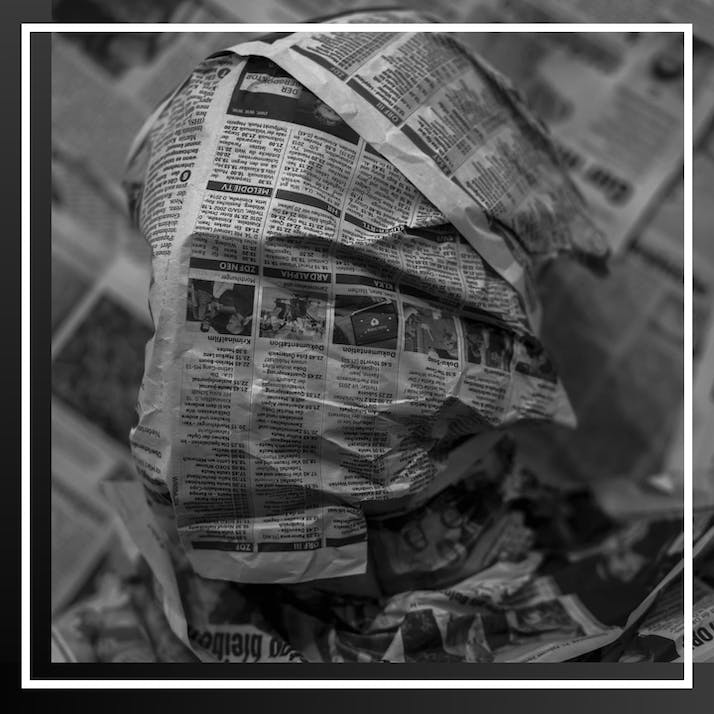 We Need to Get Rid of Journalistic Objectivity

Journalists can be activists, and publications should let them.

In a year that broke the record for fatal anti-transgender violence, I knew it was my responsibility as a queer journalist to write stories in a new way. I wanted to cover transgender people working to end this violence and collaborate with them to craft stories. News needed coverage of gender-diverse people the community had not been granted before—movement journalism that pushed for change. While working as a news reporter at a traditional, long-standing publication, I strived to push against narratives that criminalize gender-diverse people.

Although I’m paid to write news, I broke the arbitrary yet sacred rules of objectivity that have become ingrained in my profession. I penned an opinion article addressing the way media outlets frame gender-diverse people. I publicly came out about my gender queerness and the challenge of coming to terms with my identity while rhetoric blasted across my screens.

Last year, a transgender person in Los Angeles was accused of being a predator while changing in a dressing room that aligned with her gender identity. Media outlets misgendered her and dismissed her identity. Right-wing pundits rambled on about the incident for days, using it to emphasize their anti-transgender takes. I decided a story needed to be told without prioritizing the idea of balance that journalism schools tell us news requires.

I was the only person who could tell the story with such an impact at my publication. But I needed to bend the rules to do it justice.

Writing that story took me months. It required me to scroll through Reddit threads where anonymous posters called people like me perverts and weaved together a made-up moral panic. It stoked my depression, dug my flailing mental health into a deeper pit. But there wasn't any support from my company—only constant reminders about the kinds of tweets we should avoid sharing in order to seem like we’re not taking sides on any issue. Meanwhile, leaders at my publication spent weeks debating if we should use gender-neutral pronouns in our content or write around them.

“”
Although I’m paid to write news, I broke the arbitrary yet sacred rules of objectivity that have become ingrained in my profession.

For Me, Objectivity Is a Workplace Hazard

My therapist tells me I should take a break and write lighter stories. She’s told me I should figure out an escape plan from my current job, define what it will take to know enough is enough. But I worry that if I leave, no one will write about these pressing matters, the people and pillars holding up fragile populations.

I haven’t quite figured out what’s going to be the straw that breaks this journalist's back. But I know bearing the responsibility of covering long-suffering populations is not sustainable. I know I won’t be able to push for justice and foster change by continuing to pretend like I don’t have an opinion, proceeding to abide by these antiquated rules that no longer fit what’s needed of journalism. Constantly having to validate facts I and others know from being immersed in these communities to be true by trying to obtain false balance will one day stifle me so much I’ll feel crushed.

I can’t fully report on people who need more of their stories told with the myth of objectivity constraining me. Practicing objectivity erases what I set out to do as a journalist: to humanize issues, amplify voices and support people whom society has sidelined far too long. Journalists need to be humans first; we need to listen to the people we’re writing for. Questioning people’s needs or concerns to death takes the heart out of our work.

Who Are We Staying Neutral For?

Journalism schools drill into reporters’ brains that we must remain neutral, appear as blank slates without any obvious opinions. Media leaders need to accept that news has never been apolitical at its core. I’m working from within my mainstream publication to break these molds and be both an advocate and a journalist.

I told my editors I want to focus on writing queer stories at the perfect time (for them). Shortly after the murder of George Floyd and the racial justice reckoning that followed, my publication decided to form a team of journalists dedicated to covering groups it had long overlooked. It’s a vague, nebulous beat, writing about “cultures of marginalized communities,” which is generally understood in my team as anyone who’s not white, straight, cisgender, financially stable or neurotypical. The publication assigned me and only four other journalists the responsibility of building relationships and expanding coverage of communities it neglected across several states.

As the token queer person, I’ve strived to make up for lost time and form connections with LGBTQ+ people in my area. Like most people, LGBTQ+ folks are grappling with challenging years, from the high rates of anti-transgender violence to harmful legislation. Carrying the burden of being the sole person covering these stories weighs me down on its own, and my duty is balanced on top of the boulder that journalistic objectivity places on my back.

More than a year has passed since my publication, like many others, vowed to transform both the makeup of our staff as well as the people featured in our stories. But we’re still not writing for sidelined communities—we’re writing about sidelined communities for the same readers as before.

Our staffs are still overwhelmingly white, and pay equity has been reduced to a buzzword leaders use in speeches aimed at preventing employees from unionizing. We’re still creating content that’s palatable for certain audiences. Our work is boiled down until it appeases our white, older, middle-class subscribers. (Many of my stories, including those with information that could help low-income people, are trapped behind paywalls, but that’s another story.)

Instead of connecting communities to information they could use and publishing stories that people can see themselves reflected in, the stories I write seem to be teaching the ignorant, both in my company and out. I’m asked in every article to spoon-feed information, like describing what they/them pronouns mean.

“”
Our work is boiled down until it appeases our white, older, middle-class subscribers.

I Want My Work to Make a Difference

I set out to do this job to make a difference, and by no means do I think that makes me unique as a journalist. To do that, I want to highlight and reach audiences that mainstream media has not. I try to write pieces about triumphs and solutions LGBTQ+ folks found for themselves without the help of corporations, police or the medical-industrial complex, as well as other entities journalists have relied on as sources.

We need to educate journalists, not just small teams like mine thrown together to give publications the appearance that they equally cover everyone. And by “we,” I don’t mean people who live through being a sidelined community every day. On top of my reporting work, I’ve been tasked to teach my colleagues about LGBTQ+ topics, work for which I am not paid. At the very least, pay your employees for their extra labor to fix your ignorance.

Journalists should read content from people inside marginalized communities and understand their own privileges. They should read books like Lewis Raven Wallace’s The View From Somewhere, which breaks down the myth of journalistic objectivity and explains a new way of reporting that’s necessary for the stories that need to be told now. It’s time for the long-standing ideals that attempt to erase our humanity, our thoughts and our lived experiences to disappear.

There’s room for journalists to also be activists and to support the communities we cover instead of merely reporting on them. People trust those that they know, whose beliefs they can see. It’s time for a change. Luckily, I’m quite young. Soon, the walls that journalism’s elite built up won’t stand any longer because of reporters like me.