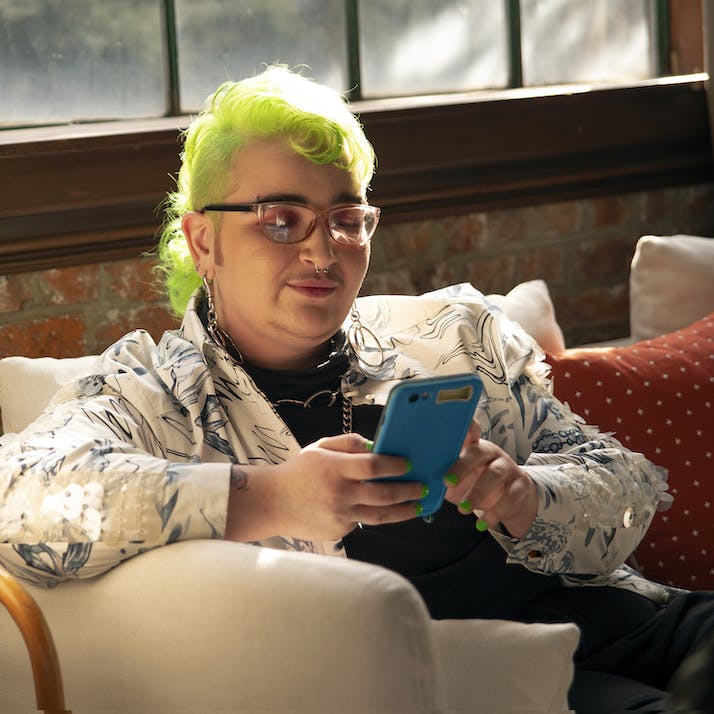 What a Botched Surgery Has Taught Me About Gender Identity

I was lying on a hospital bed, my tiny arms hooked up to an IV tube as nurses went about their duties with notepads in their hands. I was three and a half years old, and I didn’t understand why I was in this sweaty, humid hospital. I was scared, so I called out for my parents. Then the anesthesia hit, and my memory ends.

My life was never the same after.

I don’t remember the laborious surgery that followed or the processes through which the doctors fixed my pediatric problem. I’m still not sure how to process how they sliced through my internal organs in the course of the corrective surgery. I can only theorize as to how this impacted their development from then on, and how that would affect my hormones and how those hormones would affect my life. Years of special care would follow the procedure, and years of feeling depressingly inadequate.

Before I tell you the rest of my story, here’s something you must know about my present: I’m a 26-year-old gender nonconforming individual. Physically, I appear to be a man. Mentally, I feel like a woman. At times I feel asexual. When I look at the spectrum of the LGBTIQ community, I see a lot of specific identities and none of them fit quite right.

But would I change anything about my journey so far? Absolutely not.

“”
Would I change anything about my journey so far? Absolutely not.

There have been times where all I wanted in the world was to belong to a specific gender or gender identity, and not have to deal with the complexities of a laborious journey that no one around me understood. South Asia is not the best place to seek guidance as a gender nonconforming individual. Conversations there around LGBTIQ identity were usually steeped in stigma, mockery and threats of being ostracized.

But things are always more complicated in Asia, with its restrictive patriarchal norms and rigid social rules. When I grew up, there was no discussion about gender. Boys and girls were segregated in schools. We were separated in other ways as well. Pink was for girls and blue was for boys. If you were a boy (or at least looked like one), you were expected to be strong enough with bullying without crying, or laugh along with sexist jokes to fit in with the frat boys.

When puberty hit, I felt like an outcast. My organs, which had been through multiple surgeries as a child, refused to develop. I understand the confusing hormonal impulses stirring in me, or the attractions that they inspired. My mental health went for a toss as my parents, who had overseen the surgeries, refused to get involved. They just wanted me to just accept my outward gender and grow into it, to take on the masculine role without as much as a flutter of the eyelashes. But I felt so different. Would I ever be comfortable being with a girl? Or a guy? Would anybody accept me for who I am?

“”
Would I ever be comfortable being with a girl? Or a guy? Would anybody accept me for who I am?

At the same time, I was struggling with puberty, I also stumbled across documents pertaining to my surgeries and the doctor who oversaw it. It took me years of mustering all of my courage, grit and confusion before I finally tracked him down and made an appointment.

He was a pediatric surgeon. He was also the man who could hold answers to my physical confusion and mental understanding of gender.

Sitting stiffly in a chair opposite him, I explained my situation. He had overseen my surgery some odd 15 years prior, with a promise to my parents that my future growth wouldn’t be complicated. And yet, here I was, after facing years of bullying, stigma and confusion because I’d turned out so different. I felt like an outsider, and no one could explain how could I fit in.

Sitting there, I told him how wildly my hormones had fluctuated, how my organs had been stunted while other body parts had been growing in unexpected ways. He looked shocked. He tried to comfort me by telling me to spend some time squaring my physical sex with my gender identity, and eventually, I could go for corrective surgery. The word “corrective” stung. It was if my whole life until then had been one big mirage, a lie I had been living for the sake of fulfilling the roles that were expected of me.

(I also learned how these so-called corrective surgeries often go wrong, especially in a healthcare system as underfunded as South Asia’s in the 1990s.)

Dating as a Nonconforming Individual Is Tricky

The first time I fell in love was with a girl. Within the first six months of our teenage relationship, she knew everything about me—about my physical insecurity stemming from this decade-old surgery, my desire to get it fixed, and the anxiety and clinical depression that it had caused.

We dated for three years. At that point I still wanted corrective plastic surgery to fix my organ. I wanted kids, a home, a normal life—something easy and comfortable and uncomplicated. Or at least I thought I did. Looking back, I can see that I was looking for easy fixes, simple emotional solutions to my complex problems.

All of this unloading of my history, self-harm, mental health and eventual rejection kept playing on my psyche. I stayed away from dating. In the age of Tinder, I felt like snail mail. While my friends spoke of hooking up, swiping right on dating apps and find love in the process, I was petrified of getting naked—both physically and mentally—with anyone new.

There were times when friends fell in love with me, which was heartbreaking as well. I couldn’t tell them my entire story or why I couldn’t date them. There were times when I came so close, but in the end, I wasn’t ready. I walked away and cried into my pillows for believing myself to be a horrible human for turning my back on them.

It’s Time for the World to Wake Up

We live in a toxic world. As I walk by the edges of frat communities, I see the patriarchy and its demeaning language for women, minorities and everyone outside its narrow ideology. As I stand near the fringes of both genders, I see the complexities I would embrace if I choose to be on either side. It’s a hard world to be both a man and a woman. If you are a trans person of color, the equations and variables get much harder to calculate—even more so for non-confirming, physically different individuals.

I’m so proud of everything we have accomplished so far as a society, but I believe the term LGBTIQ still isn’t sufficient to embrace all the identities out there that need it.

Eventually, I fell in love with a Serbian man when I least expected it. It was supposed to be my first hookup, but we ended up going for long walks and talks instead. I unloaded my stories and he showed me a different way forward, where I could feel whole accepted and nurtured while holding on to my self-respect. He helped me realize that I could choose to be whomever I wanted—a man, a woman, a trans woman, or a gender nonconforming individual. The only thing that mattered was living a life of honesty and making life decisions standing tall, without any fear of stigma.

But I do fear.

When I see how violence against LGBTIQ individuals—particularly in black and brown communities—is still prevalent in 2020, I fear for the courage I’ve gathered so far. Like millions of others, I saw the George Floyd video. I was shattered and heartbroken to see the world in which we live laid bare. But the protests give me hope that we are somehow on the path to fixing things.

“”
I don’t know the solutions. I don’t know if we will ever embrace people for who they are.

I don’t know the solutions. I don’t know if we will ever embrace people for who they are. But I hope that one day I’ll be able to share my story publicly and know that people care, and that someone out there is being inspired to choose a path they decide to take.

I still haven’t discussed my dilemma with my friends. I haven’t yet broached subject of seeking reconstructive surgeries or gender change operations with my conservative parents. To the wider world, I am just a statistic, but to my own people, my decisions matter. I am done living in the shadows, waiting for the right time.

So in the near future, I plan to open up about my gender identity to my own social circle so that I can create a path forward to becoming physically and mentally aligned. Maybe I’ll help others in the process. This journey is difficult, and at times it seems so hopeless to live in a shell that is not of your own making. I hope to prevail and thrive, not panic and run—anxiety be damned.